1939: Walter Benjamin on 'the storm we call progress'

It's the idea of 'progress' which propels us forward:
Futures Forum: Technology and economic progress

It has been a powerful idea which still has a powerful hold, whether economic ideas of 'progress' from the nineteenth century:
Progress and Poverty, Then and Now - Foundation for Economic Education
Futures Forum: Henry George and the land-value tax

The opposite of the idea of 'progress' is perhaps the idea that 'the country's going to the dogs', whether from a localist perspective:
Futures Forum: "Struggling to adapt to the challenges posed by a booming tourist sector: money comes in from outside, pushing prices up, forcing the locals out, second homes proliferate and the traditional activities that define a place become little more than window-dressing."

Or a traditionalist perspective:
Futures Forum: "Whatever Happened to Community?" part two: Nostalgia

A related idea being that we need to return to the 'good old days':
The Commonwealth and Britain: the trouble with 'Empire 2.0'
Futures Forum: Brexit: and the fleet-footed, clever trading nation

Alternatively, the future does not have to be seen as either 'good' or 'bad', but just 'different' - and that we have to just keep our eyes open to what's really happening.

Whether it's about the future of the high street:
“Destination High Street – Restoring Vibrancy to Scotland’s Towns” | Stirlingretail
Futures Forum: Restoring vibrancy to our High Streets > thinking the unthinkable

Or the future of our coastal communities:
Once more on to the beach: how Britain’s seaside towns bounced back | Travel | The Guardian
Futures Forum: “Belligerence and creativity” >>> entrepreneur-led revitalisation of seaside towns >>> "People aren’t interested in that old seaside ice cream cone and walk along the beach any more. They’re looking for more."

Or the future of our planet:
Philip Mead: Fear and hope on the road to ecocide
It’s the End of the World as We Know It . . . and He Feels Fine - The New York Times
Futures Forum: Paul Kingsnorth, writer and ex-environmental activist > "Climate change and mass extinctions suggest that we have been telling the wrong stories... Writers need to reconnect with the natural world."

The Baffler has looked at the idea of 'progress' quite a few times - as reblogged here:
The Superstition of Progress | Gene Seymour
Futures Forum: 2001: A Space Odyssey > the unfulfilled promises of science fiction

And here:
Of Flying Cars and the Declining Rate of Profit | David Graeber
Futures Forum: Techno-promises unfulfilled >>> Where did the future go?
Futures Forum: "Where are the flying cars?" or, "What happened to derail so many credible ideas and prospects?"

The idea is explored once again in the latest edition:

Progress and the demented quest for historical purity 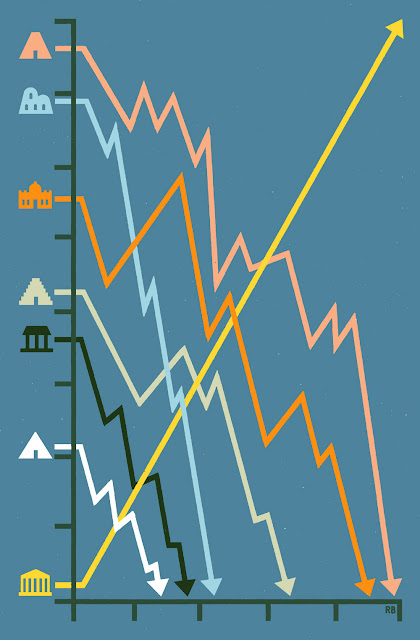 LATE IN NOVEMBER 1939, WALTER BENJAMIN, an unemployed Jewish writer who had been residing in Paris, was released from a makeshift prison camp for German nationals housed in a disused chateau near the city of Nevers, in central France. He had been confined there for nearly three months since Hitler had invaded Poland, leading France to declare war on Germany. Influential friends were able to secure Benjamin’s release. He returned to his one-room, seventh-story flat in Paris and, as Europe tumbled into war, began writing what would become his final work, the twenty paragraph-length fragments that together form the “Theses on the Philosophy of History.”
The “Theses” is an essay of lasting strangeness, dense and elliptical, intended, per Benjamin’s biographer, Bernd Witte, “as a fundamental consideration of the essence of historical time.” Yet for all its abstraction, much of it feels depressingly topical. In one fragment, Benjamin expresses scorn for the “current amazement that the things we are experiencing are ‘still’ possible in the twentieth century.” As if to prove his point, well into the twenty-first, with fascism on the creep from Washington and Brasilia through the capitals of Europe, we find ourselves astonished once again: How can this still be happening?
Then as now, Benjamin would argue, the problem—one of them anyway—was and is an unexamined faith in a highly irrational notion, one that blinds us to facts and conditions that would otherwise be obvious—and that, against all evidence opposing it, continues to inform the shape of our thoughts and the contours of our political discourse. In short, we are in thrall to the fetish of progress: the belief that history has a direction and a purpose, the faith that humankind is ascending a steady if circuitous route to greater and greater perfection.
Against this creed, Benjamin posed a curious interpretation of a then- obscure drawing by Paul Klee, one he had splurged to buy in 1922 and had hung like an amulet on the wall of every apartment in which he lived. It depicted an angel. Its wings were spread, its head spun all the way around so that it stared backward at the viewer. Thus, Benjamin wrote, was the “angel of history” propelled into the future while facing the past: “Where we perceive a chain of events, he sees one single catastrophe which keeps piling wreckage and hurls it in front of his feet.” The angel is pushed onward, he went on, by a terrible storm. “This storm is what we call progress.”
By 1940, when Benjamin was forced to flee his last apartment in Paris, the notion of progress had for more than a century provided the dominant narrative that allowed Europeans to understand themselves. The always imperiled edifice of Western civilization—the far-right’s fears today are not so different from the far-right’s fears 80 or 160 years ago—is unimaginable without it. Progress described for Europeans their past, their position on the path that carried them into the future, and their relation to everyone else on the planet. It created an easy hierarchy into which every time, every place, and every people could be slotted. By the mid-nineteenth century, faith in progress was already so ubiquitous as to be largely invisible to its adherents, whether they counted themselves revolutionaries or traditionalists and whether they lived in Europe itself, in the rapidly expanding settlements in the Americas and Australia, or in colonial outposts in Africa and Asia. To question it with any seriousness was to marginalize yourself as a crank, a heretic, or a fool. In the European imagination—which increasingly operated in racial terms, understanding itself as white—progress defined the world. 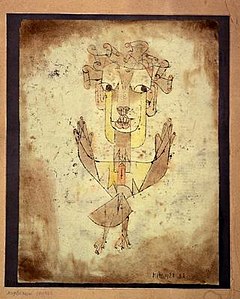