Paul Kingsnorth, writer and ex-environmental activist > "Climate change and mass extinctions suggest that we have been telling the wrong stories... Writers need to reconnect with the natural world."

A story for this time of year perhaps:

Fear and hope on the road to ecocide

I stopped killing deer when I was 19. The last buck I shot was a spike horn, and he died bleating at my feet. The look of terror in his eyes haunts me to this day. I stepped into his world, he didn’t come into mine.

I liked hunting. I like hunters – they tend to be good conservationists. Teddy Roosevelt was a hunter, but as he got older he preferred conservation. Rumor has it he cried when he shot his last bear. That was “Teddy’s bear,” the one that gave rise to our children’s fuzzy nighttime companions.

I grew up clinging to my Teddy when dreams of nuclear war sprang from the CONELRAD alerts, duck and cover drills and the Cuban Missile Crisis. By the time I married and made it to graduate school, Jonathan Schell had written The Fate of the Earth, and my fears were rekindled and magnified by the presence of our two young children. We became active, joined Beyond War, wrote letters, protested. So did a lot of other folks, thank goodness. It helped. Politicians listened, the nuclear arsenals shrank, the Cold War ended. It turned out building A-bombs wasn’t all that profitable. Conventional arms were more lucrative. They got used up and had to be replaced.

I knew the environment was taking a beating, but Congress seemed half-way responsible. The Superfund legislation passed and corporations had to clean up their biggest messes. Rivers stopped catching fire. Habitat loss continued to be a problem, but at least Greenpeace was giving the whaling industry what for, and making progress. Then, James Hansen submitted his report to Congress. The planet was warming at an alarming rate, and we were the cause. Hansen wasn’t blaming anyone, and he had a plan. A hopeful plan. Tax carbon production and emissions.

Congress actually thought the tax was reasonable. The oil and coal companies thought otherwise. They got scared (profits were threatened), then they got angry. Finally, they got even. The science was challenged, millions were spent on lobbying efforts. In the early 1990s, a clear majority of Americans supported the science. After the turn of the century, that majority became a minority. The fear the public had that might have led to earlier action was lowered by the petroleum industry’s denials and obfuscations.

Hansen soldiered on, joined by many others: Bill McKibben, author and co-founder of 350.org; Naomi Klein, author of This Changes Everything; and Paul Kingsnorth, author and co-founder of the Dark Mountainproject, to name but a few. McKibben and Klein are still fighting, but Kingsnorth has dropped out. He no longer hopes for a reversal of greenhouse gases, and believes it’s time to teach children how to survive in a radically altered environment. For Kingsnorth and others in his coalition, the crux of the problem does not lie solely with the petroleum industry. He believes it has to do with the stories we tell ourselves to ease our fears and bolster our hopes; stories that serve to propagate the myth of ever-advancing human endeavor; stories that ignore history’s lessons of past societal collapse. (Look at us, we’re going to Mars!) Kingsnorth feels the ecocide we head toward will be like nothing humankind has ever experienced in the past. The 22nd century is an unknown, but he fears it will bear little resemblance to the 21st.

I choose to cling to hope. I have to. My own grandchildren demand it of me. I will retire soon and devote most of my time trying to make a difference. I owe it to them and to that deer.

Philip Mead: Fear and hope on the road to ecocide

He is also a novelist: 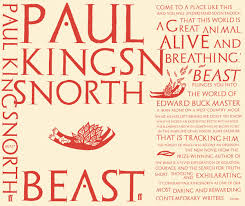 In 2011 Paul Kingsnorth announced his withdrawal from the environmental movement after twenty years of activism. Environmentalists, he complained in a long article published in Orion magazine, had stopped caring about the environment: ‘We are environmentalists now in order to promote something called “sustainability”’, which means ‘sustaining human civilisation at the comfort level that the world’s rich people – us – feel is their right, without destroying the “natural capital” or the “resource base” that is needed to do so.’ According to Kingsnorth, ‘disillusioned socialists, Trots, Marxists and a ragbag of fellow travellers’ had changed the aims and language of the green movement: the worry was no longer about the effects on nature of population growth and consumerism; the environmentalists’ preoccupation was now with ‘social justice’ rather than the protection of the non-human world. ‘Sustainability’ was to be achieved via ‘carbon solutions’ that entailed more environmental destruction: vast ‘solar arrays’ in the deserts; industrial wind power stations in the British uplands. The arguments of the new greens, Kingsnorth claimed, were underwritten by a crude equation: ‘Destruction minus carbon equals sustainability.’

Kingsnorth’s criticisms weren’t popular with the new greens, who called him a reactionary and a Nimby. There was a lot of mud-slinging, which is what environmentalists call a quarrel. When he grew sick of that, Kingsnorth decided to go his own way: ‘I withdraw from the campaigning and the marching, I withdraw from the arguing and the talked-up necessity and all of the false assumptions. I withdraw from the words. I am leaving. I am going to go out walking.’

Kingsnorth’s new novel, Beast, is a horror story about withdrawing from society, and about going out walking.

The themes in his novels also touch on Brexit: 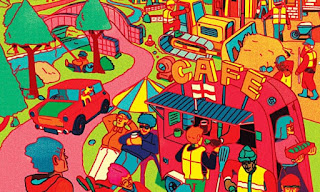 Kingsnorth’s characters evince disgust at effete civilisation and nostalgia for a time when men could shrug off the bonds of responsibility and test themselves against a fierce enemy, whether foreign invaders or big cats. This is fiction, not a manifesto, and Kingsnorth is too sophisticated to be called the Bard of the Brexiteers. But still, in the current political climate, amid a yearning national purity and isolationism, both books make uneasy reading. Sometimes it’s better if the beast stays in its cage.

Inadvertently or not, Kingsnorth has backed into the limelight with his departure in midcareer, midlife, mid-everything. His Irish sojourn has coincided with the Brexit vote, leading to the irony of an English patriot casting a “Leave” vote from his home in fervently pro-Europe Ireland. To be fair, Kingsnorth has long argued for decentralization and localism, and in one essay he cites George Orwell’s observation that “England is perhaps the only great country whose intellectuals are ashamed of their own nationality.” But Kingsnorth is no tub-thumping John Bull; in the same piece, he also calls for an England that “pays attention to its places rather than wiping them out in the name of growth; an England that doesn’t have imperial designs; an England that doesn’t want to follow America into idiotic wars.”

He writes novels to tell stories: 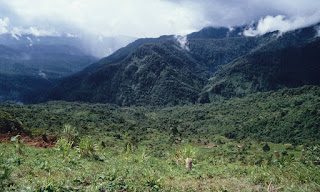 Climate change and mass extinctions suggest that we have been telling the wrong stories. Writers need to reconnect with the natural world

To us, the wild places around us (if there are any left) are “resources” to be utilised. We argue constantly about how best to use them – should we log this forest, or turn it into a national park? – but only the bravest or the most foolish would suggest that this might not be our decision to make. To modern people, the world we walk through is not an animal, a being, a living presence; it is a machine, and our task is to learn how it works, the better to use it for our own ends.

The notion that the non-human world is largely inanimate is often represented as scientific or rational, but it is really more like a modern superstition. “It is just like Man’s vanity and impertinence,” wrote Mark Twain, “to call an animal dumb because it is dumb to his dull perceptions.” We might say the same about a forest; and science, interestingly, might turn out to be on our side.

In recent years, several studies have demonstrated that plants, for example, communicate with each other in ways that seem to point towards some degree of self-awareness. They release pheromones to warn of insect attacks, and other plants respond. They signal to each other using a series of electrical impulses not dissimilar to an animal’s nervous system. They send out airborne distress signals to insect predators that feed on the plant-eaters threatening them.

Paul Kingsnorth: 'We imagine how it feels to be a character, why can't we imagine how the land feels?' | Books | The Guardian

Paul Kingsnorth has also set up the project Dark Mountain - which is also about telling stories:

We intend to challenge the stories which underpin our civilisation: the myth of progress, the myth of human centrality, and the myth of our separation from ‘nature’.

Together, we are walking away from the stories that our societies like to tell themselves, the stories that prevent us seeing clearly the extent of the ecological, social and cultural unravelling that is now underway. We are making art that doesn’t take the centrality of humans for granted. We are tracing the deep cultural roots of the mess the world is in. And we are looking for other stories, ones that can help us make sense of a time of disruption and uncertainty.

Paul Kingsnorth has featured on this blog:
Futures Forum: Environmental voices on Radio 4's Start the Week >>> >>> "It's unlikely that this general election campaign will really touch on the deepest challenges to our accelerating industrial, global civilization."
Futures Forum: 'The most radical and important­ environmental thinker at work today' >>> "The World-Ending Fire: The Essential Wendell Berry"
.
.
.
Posted by Jeremy Woodward at 05:15