The High Street Report > "a creative, locally led approach is vital to bring the crowds back"

Concern about the future of our High Streets continues:
Futures Forum: Calling for a Royal Commission into business rates

We do need to be thinking outside the box:
Futures Forum: Restoring vibrancy to our High Streets > thinking the unthinkable
Futures Forum: Is turning shops into homes the best way to save our high streets? >>> "Deregulation in pursuit of numbers"

Meanwhile, the government has just issued a report:

This report summarises the findings and recommendations of the High Streets Expert Panel.

The panel, chaired by Sir John Timpson, were asked to diagnose the issues facing our high streets and town centres. They were then asked to advise on the best practical measures that central government can take to help.

We have also published the report ‘High Street 2030: Achieving Change’ by the Institute of Place Management which was commissioned to run 5 workshops to collect evidence to support the development of high street and town centre policy.

With lots of comment, firstly from the chair of the panel, writing in today's Telegraph: 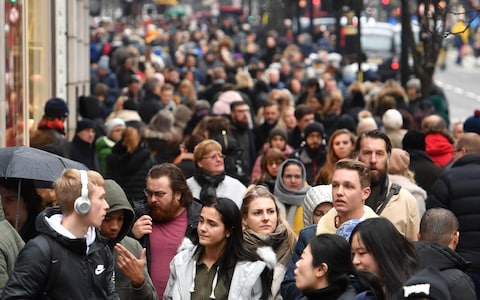 A creative, locally led approach is vital to bring the crowds back to UK high streets CREDIT: JOHN STILLWELL/PA

In June, I was asked by Jake Berry MP to chair an expert panel that would advise the Government on the future of Britain’s high streets. Our findings are published today, but I was initially inclined to say no.

When visiting Timpson shops, I see high streets in inevitable decline – empty units caused by out-of-town competition, online shopping and well-known names that have reached the end of their commercial life cycle. Like most shopkeepers, I want a business rates change to provide a level playing field between physical stores and internet retailers, but tax is a Treasury matter, so rates weren’t part of the brief...

Here is the chair on the BBC earlier today:

UK High Streets 'have twice as many shops as needed'

Sir John Timpson: "It's about creating a hub"

Britain has twice as many shops as it needs, according to the author of a report looking at how to revive the nation's High Streets.

Sir John told the BBC revival should be a "bottom up" job, with councils taking the lead. "People should be allowed to get on and do it themselves," he said.

Sir John, a member of the founding-family of shoe repair and key-cutting business Timpson, said each town centre needed to establish a task force to address issues such as planning. He said "planning must be made simpler and quicker".

The report wants the £675m already announced in the Budget for High Street improvements to be spent at the local level to improve public spaces and transport links.

The worst November for retailers?
When is a sale actually a sale?
Retailers 'closing 14 shops a day'

The plight of the High Street was underlined on Thursday in retail sales figures for November. Although sales for November rose, that was in large part due to a jump in purchases online.

However, Sir John told BBC Breakfast that reviving High Streets and town centres was not just about shopping. "It's about communities and creating a hub for entertainment, medical facilities, housing. We probably have about twice as many shops as we need. But we are short of housing."

An immediate measure he wants introduced is a National High Street Perfect Day - one day a year where local communities would take ownerships of ensuring their town centre looked as good as possible. 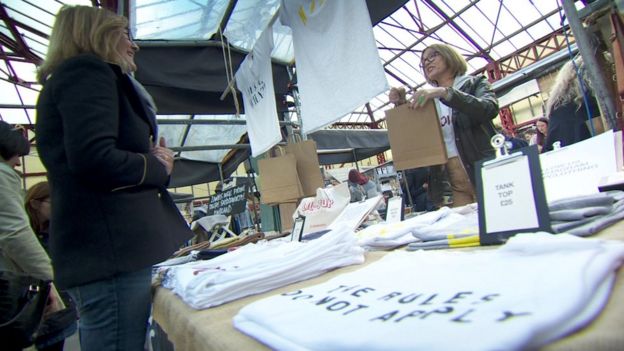 Sir John cited the example of Altrincham, in Greater Manchester, where he began his career in retailing. The town centre had suffered decline, but was turned around by reviving the old market and making it a focus for the community, he said.

"I have learnt, from my own business, that the best way to get things done is to give people on the front line the freedom to get on with the job in the way they know best," Sir John added.

He said: "We have already taken action by announcing plans to set up a Future High Streets Fund and Task Force, alongside slashing business rates for up to a third of small retailers."

It has been seven years since retail guru Mary Portas was given a similar task to look into the decline of town centres. However, the decline has continued.

A report last month by accountancy firm PwC found that about 14 shops are closing every day, with High Streets face their toughest trading climate in five years. A net 1,123 stores disappeared from Britain's top 500 High Streets in the first six months of the year. PwC said fashion and electrical stores had suffered most as customers did more shopping online.

Restaurants and pubs also floundered as fewer people go out to eat or drink.