Neil Parrish, MP for Honiton, says today that he cannot support the agreement tomorrow because of the 'back-stop' in Northern Ireland:
Futures Forum: Brexit: and Honiton's MP to vote against Withdrawal Agreement

Sir Hugo, having served as Secretary of State for Northern Ireland, feels the same:

The MP for East Devon doesn't support a 'no deal' Brexit either:
Key Brexit documents and timeline before the Vote | Hugo Swire
No Deal Bad Deal | Hugo Swire

Last Friday, the Express reported on his efforts to tweak the agreement:


CONSERVATIVE MPs supportive of the Government have launched a last-ditch effort to save Theresa May’s Brexit deal, by pushing an amendment that would give Parliament a vote before the UK enters any customs union backstop. 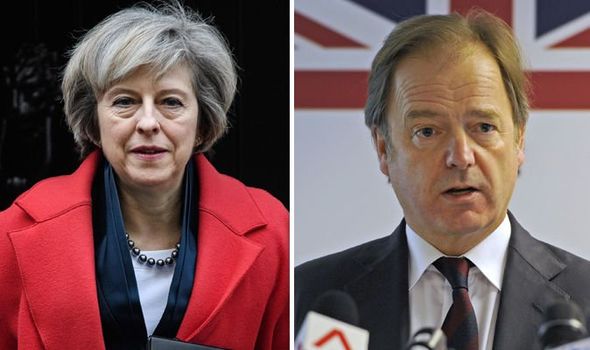 Under the terms of the deal Mrs May agreed with the EU that the UK will automatically fall into a ‘backstop’ EU customs union should the Government fail to agree a new trading relationship with Brussels during the transition period. The transition period is currently set at 21 months, though Mrs May has hinted it could be extended. Should the UK enter a customs union with Brussels it would struggle to sign comprehensive trade deals with third parties, and will still have to obey a significant proportion of EU legislation.

Tory loyalists Sir Hugo Swire and Richard Graham have tabled the amendment, which would give MPs a vote on whether the UK joins the customs union backstop or extends the transition period if a new trading relationship with the EU can’t be agreed.

It also requires the Government to push for “further assurances from the EU that the backstop would only be a temporary arrangement”.

Should the UK enter a customs union the amendment requires the Government to make plans to exit within a year.

Nikki da Costa, formerly the Prime Minister’s director of legislative affairs, suggested Ministers could be behind the move.

He told the Daily Mail: “I know a Government amendment when I see one”. 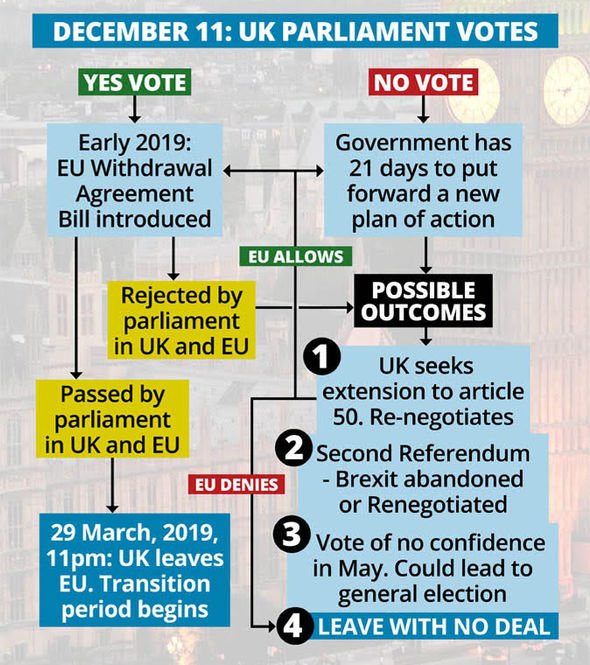 A flow chart of the possible Brexit outcomes ahead of the Commons vote on December 11 (Image: EXPRESS)

A Government source suggested to the paper that the amendment could get Government support.

Sir Hugo has previously served as a Minister in the Northern Ireland then Foreign Offices.

However, it is unclear whether the EU, which has previously insisted any backstop should be non-time limited, will agree to the changes.
The backstop is designed to prevent any hard border between Northern Ireland and the Irish Republic.

Parliament is currently in the middle of five days' debate on the Government’s Brexit deal.