"No such thing as sustainable palm oil"

And the stories continue...

Countries are banning it in fuel:
Campaigners call out use of palm oil in biofuel in bid to save the rainforest - Compelo
Malaysia sends letter to France over declassification of palm oil, says Saifuddin | Malaysia | Malay Mail

The biggest producers have gone on a PR drive:

But actually, much of the fight is over land rights
Palm oil companies continue to criminalize farmers in Sumatra (commentary) - Mongabay

Here are the stories from the last couple of months as covered by the independent: 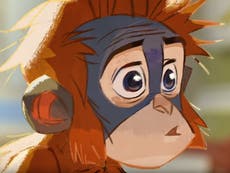 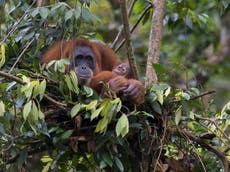 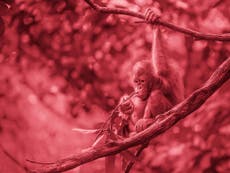 Why is palm oil bad for the environment, and how can people help? 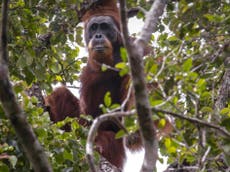 This is from earlier in the week:

No such thing as sustainable palm oil – 'certified' can destroy even more wildlife, say scientists

Jane Dalton @JournoJane
Sunday 9 December 2018
The Independent
Palm-oil forests certified as sustainable are being destroyed faster than non-certified land, experts have found, in a study they say blows the lid on any claims that the oil can be destruction-free.
Plantations with eco-friendly endorsements have lost 38 per cent of their forest cover since 2007, while non-certified areas have lost 34 per cent, according to researchers from Purdue University in the US state of Indiana. The use of sustainability labels had allowed for even greater expansions of plantations that are driving orangutans towards extinction in southeast Asia and destroying natural carbon-absorbing rainforests, they said.
They drew their conclusions after 15 years of fact-finding missions, using data from these missions as well as from satellite, governmental, charities and palm oil companies’ own reports, analysing 2,210 “concessions” – licensed palm-growing areas. From 2001 to 2016, total tree loss in Indonesian palm oil concessions was equivalent to 34.2 per cent of the area covered by the plantations but the loss in certified sustainable plantations was higher – 38.3 per cent.

The study’s lead author, Roberto Gatti, told The Independent: “The implication is that there is no reason for companies to claim sustainable palm oil and to use labels for certified products because, in terms of deforestation, there is no significant difference between a certified and a non-certified palm oil plantation. Both need (or needed in the recent past) the complete removal of the original tropical forest.”

Based on forest loss trends, if governments do not act immediately and end acceptance of certification schemes, the world will almost completely lose southeast Asian forests in a few decades, he warned.

“Our research shows quite unequivocally that, unfortunately, there is no way to produce sustainable palm oil that did not come from deforestation, and that the claims by corporations, certification schemes and non government organisations are simply ‘greenwashing’, useful to continue business as usual,” he added. “No shortcuts: if you use palm oil, certified or not, you are definitely destroying tropical forests.”

Forest loss was continuous everywhere where there was a palm oil plantation, even if certified as sustainable.

“Every tropical tree, which is part of a complex tropical forest, harbours thousands of other species – insects, birds, reptiles, amphibians, birds, monkeys, primates such as orangutans, ferns, mosses – and every time a tropical tree is cut to make room for a plantation a whole community, often including very rare species, may disappear.

He accused those who say certified plantations are sustainable of hiding the evidence.

According to the study, which was published in the Science of the Total Environment journal, there is a trick to “certification”: first, an old-growth tropical forest is cut (or slashed-and-burned) for paper and pulp or valuable tropical timber trades; then a traditional, non-certified palm oil plantation is started; after a certain time the traditional plantation is “transformed” into a certified one and wins a sustainability label.

“The trick is that they make leverage on the absence of historical records on land use change, hiding the reality that even a certified concession was, in the recent past, a highly biodiverse tropical forest,” Prof Gatti said.

His team said they also found a pattern in which deforestation slows when organisations such as the Roundtable on Sustainable Palm Oil form, but a few years later, the forest loss speeds back up. “This can be also due to the more recent establishment of new ‘sustainable plantations’ and the need to cut new forests to fuel the increasing global market,” according to the researchers.

The report says areas in which forest loss was detected and those of both traditional and certified plantations almost exactly overlap, so any land that is certified today was a “valuable and biodiverse” forest in the recent past.

Prof Gatti, research associate at the Department of Forestry and Natural Resources and coordinator of the Global Forest Biodiversity Initiative Hub at Purdue, said: “During the last two decades, multinational companies tried to find a way to continue with their business as usual in the use of palm oil in their products accommodating, at the same time, the emerging pressures from environmental groups and the public opinion on Southeast Asian deforestation.

“However, the often-criticised certification schemes (the results of a “comfortable” agreement between corporations, governments and NGOS)… still exerted a ‘green-washed’ leverage on the media and public opinion, and some scientists, as well.”

Not one of the concessions studied by Prof Gatti and colleagues from Purdue and Russia’s Tomsk State University – both certified and non-certified – had zero tree removal.

“We do not have any means to stop southeast Asian deforestation due to palm oil with labels and certification schemes,” Prof Gatti said. “The only solution seems the complete ban of the export of this tropical oil in developed and developing countries, combined with a more selected use of local oils by food, cosmetics and bioenergy corporations. Some critics of the full ban on palm oil argued that palm oil is more productive and requires less land than other oils. If this is true, my question is why palm oil has to be considered an essential livelihood for humanity.

Orangutans are being killed by palm oil production (AFP/Getty)

“The problem escalated in the last 15 years and there is no need for a globalised production of this cheap oil in unnecessary products. If the conservation of tropical forest is a priority of our society, then there is no way to produce palm oil for the world market as we show in our research. Tropical forests have an inner value, independently of the economy of their production.”

He urged a combination of a more localised use of oils, cutting fatty and unhealthy snack foods such as those containing palm oil, bans on importing palm oil by the EU, US, China and India and the use of more sustainable oils.

The professor said he believed that claims that the industry provides swathes of jobs were weak because the multinationals’ contracts with mills in southeast Asia were temporary, short-term ones.

“Quite often whole families (including children) work in the plantations, without any respect of human and children’s rights, in very unhealthy conditions (covered by sprayed pesticides, for instance).”

But the Roundtable on Sustainable Palm Oil questioned the researchers’ methodology and rigour, saying: “The study dismisses the efficacy of certification because according to the authors, the lands were sanitised (deforested already) prior to the creation of the RSPO and other organisations’ certification schemes, and therefore certification provided no added positive impact.”

The group said the tree cover loss data referred to in the study did not differentiate between planted (including clearing of old oil palm for replanting) and natural forest cover. Two other scientific studies, published last year, found lower deforestation rates in RSPO-certified​ concessions after certification than in non-certified areas, a spokesman said.

Under the logic of the Purdue research, “any improvements stemming from the COP21 Paris Agreement on Climate Change are invalid, because our current climate situation was created by those who signed on to the agreement. This line of thinking diminishes the incentive to change and shift from the status quo, even in dire circumstances,” he added.

No such thing as sustainable palm oil – 'certified' can destroy even more wildlife, say scientists | The Independent
.
.
.
Posted by Jeremy Woodward at 01:30