Making space for wildlife > offsetting, rewilding or making half the planet a nature reserve

Where should we 'put' our wildlife?

This is from the Wildlife Trusts back in 2012:

Biodiversity offsetting is a proposed approach to compensate for habitats and species lost to development in one area, with the creation, enhancement or restoration of habitat in another. Under this system any negative impacts on the natural environment would then be compensated for, or ‘offset’ by developers.

Biodiversity offsetting is a simple phrase for what is in reality a very complex idea. There are elements that are immediately problematic for any conservationist - some habitats have evolved over millennia and are irreplaceable; the phrase offsetting itself is in danger of greenwashing the facts ('nature damage compensation' would be more accurate); ecosystems are dynamic - many animals range over a network of habitats and this is difficult to plan and design for in human terms.

And it was then that the notion was really taking off:
Futures Forum: Biodiversity and offsetting nightingales
The Unsung World – George Monbiot

Is it really just a matter of 'replacing habitats'?
Or is really about making 'development' possible?
Futures Forum: New habitats, old habitats
Does habitat replacement let developers off the hook? | New Scientist

The former Environment Secretary didn't think so:
Futures Forum: Offsetting woodlands: “As someone who has planted an arboretum over recent years, the idea that I am going to trash ancient woodlands is an absolute outrage to me personally.”

Perhaps it is possible - as with the project on the A14 to protect the water vole:
Water voles: surveys and mitigation for development projects - GOV.UK
A14 Cambridge to Huntingdon nominated for top environmental award - GOV.UK
PressReader.com

And for the moment the nightingale colony in Medway, Kent is safe from 'development':

Finally, though:
"Why does wildlife have to lose out when it's possible to accommodate its needs",
asks James Fair in the latest issue of the BBC Wildlife magazine?
Mongolia's wild cats | Discover Wildlife

And there are all sorts of exciting projects happening...
... at home: 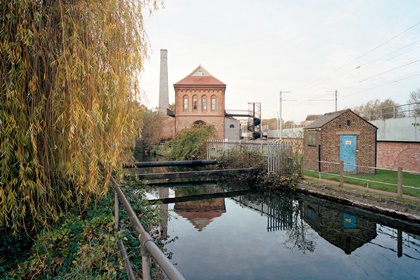 As the last link above suggests, though, we can't either 'displace' people:
Futures Forum: National Parks and people-free spaces

But perhaps we need to be radical:
Futures Forum: Protecting 30 percent of our oceans

A conference in London next week will address these issues:


The orangutan is one of our planet’s most distinctive and intelligent creatures. It has been observed using primitive tools, such as the branch of a tree, to hunt food, and is capable of complex social behaviour. Orangutans also played a special role in humanity’s own intellectual history when, in the 19th century, Charles Darwin and Alfred Russel Wallace, co-developers of the theory of natural selection, used observations of them to hone their ideas about evolution.
For good measure, conservationists say numbers are likely to fall by at least another 45,000 by 2050, thanks to the expansion of palm oil plantations, which are replacing their forest homes. One of Earth’s most spectacular creatures is heading towards oblivion, along with the vaquita dolphin, the Javan rhinoceros, the western lowland gorilla, the Amur leopard and many other species whose numbers are today declining dramatically. All of these are threatened with the fate that has already befallen the Tasmanian tiger, the dodo, the ivory-billed woodpecker and the baiji dolphin – victims of humanity’s urge to kill, exploit and cultivate.But humanity has not repaid orangutans with kindness. The numbers of these distinctive, red-maned primates are now plummeting thanks to our destruction of their habitats and illegal hunting of the species. Last week, an international study revealed that its population in Borneo, the animal’s last main stronghold, now stands at between 70,000 and 100,000, less than half of what it was in 1995. “I expected to see a fairly steep decline, but I did not anticipate it would be this large,” said one of the study’s co-authors, Serge Wich of Liverpool John Moores University.
As a result, scientists warn that humanity could soon be left increasingly isolated on a planet bereft of wildlife and inhabited only by ourselves plus domesticated animals and their parasites. This grim scenario will form the background to a key conference – Safeguarding Space for Nature and Securing Our Future – to be held in London on 27-28 February.
The aim of the symposium is straightforward: to highlight ways of establishing sufficient reserves and protected areas to halt or seriously limit the major extinction event that humanity now faces.
According to one recent report, the number of wild animals on Earth has halved in the past 40 years, as humans kill for food in unsustainable numbers and pollute or destroy habitats, and worse probably lies ahead.

Action is urgently need, say scientists. This point was acknowledged in 2010 at a major international conference in Japan, where governments agreed to establish a network of reserves and protected seas that would, by 2020, cover 17% of Earth’s land surface and 10% of our oceans.
“With more than two years to go, we now have about 15% of land protected and about 7% of oceans,” said one of the London conference’s organisers, Mike Hoffman, of the Zoological Society of London.

Should we give up half of the Earth to wildlife? | Environment | The Guardian
.
.
.
Posted by Jeremy Woodward at 12:18