Remember the horse-meat scandal - and how the whole food chain seemed out of control?
Futures Forum: Taking control of the food chain

The problem is that the UK relies on imports of food more than most countries:
Futures Forum: Brexit: and 'What will you eat when the food runs out?'

And what's worrying is that even the food suppliers don't know exactly where their products come from - and that this is going to get even more complicated once we exit the EU:

Revealed: how food makes its way to our plates from the four corners of the world 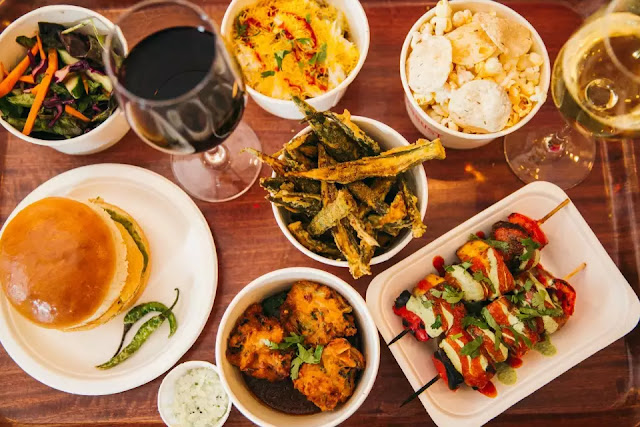 You’d be amazed how much travel goes into our meals.
Take the Big Mac, for example. The bun will have been baked in Manchester or Banbury, the sauce is from Lancashire and the beef patties are from Scunthorpe or Waterford in Ireland. Meanwhile, the cheese slice comes from Coleraine in Northern Ireland, the pickles are grown in Turkey, the onions in the United States and the lettuce in Spain.
In truth, the international journey taken by the ingredients of the British Big Mac is no greater than for any other burger or snack at a fast food joint. Its story is typical in a food distribution scheme that has become so globalised that the UK now imports ingredients from a staggering 168 countries around the world.


Majority of UK food from abroad

In fact, the UK relies so heavily on imports that they account for just over half of all the food we eat – and about three-quarters in the case of fruit and veg. The ingredients in some heavily-processed ready made meals, it seems, make even longer journeys than they do over in the fast food industry.
During the horsemeat scandal food safety inspectors came across a pizza that single-handedly contained 35 ingredients which had come from 60 countries in five continents – demonstrating just how difficult it can be to trace the source of any fraud or contamination in the food processing chain.
Among the global whirlpool of ingredients making up the pizza, the cheese topping contained cheese produced in seven different countries, while the anchovies came from another seven countries – as massive processing plants mix together single ingredients from numerous suppliers in multiple countries and pass them to the next stage in the labyrinthine food manufacturing chain.

Retail food packaging must show the country of origin for beef, veal, lamb, mutton, pork, goat, poultry, fish, shellfish, honey, olive oil, wine, as well as fruit and vegetables that are grown outside the EU. Meanwhile, restaurants and cafes are not obliged to tell you where any of your food comes from.

“Some international food chains are so complex that no-one knows what’s going on. Even the experts can only scratch the surface of where, for example, their meat comes from,” said City University professor of food policy Tim Lang. “And it’s not just the international food chain. Supply chains are like spaghetti inside countries as well,” he said.
A previous study of his showed that even British bread companies didn’t really know what was going on just a few steps earlier in the manufacturing process.

How things have changed

In the olden days things were so much simpler. Back then, we had much more straight forward meat-and-two-veg style diets and if we didn’t rear the chickens and grow the potatoes ourselves, they probably came from the farm round the corner.
Fast forward through decades of travel, immigration, supply chain globalisation, specialist diets, cooking programmes, the rise of multinational companies and trade liberalisation – and the demand for ingredients has mushroomed while the supply chain becomes increasingly spaghetti-like.
Technological innovations such as refrigerated planes and trucks, plastic packaging and faster ships have also played a role in spreading the supply chain – as of course, has our increasing appetite for tasty snacks and ready-made meals.

“People eat far less ‘whole food’ than we used to and far more food that has been processed and made more convenient,”
Tim Benton

“People eat far less ‘whole food’ than we used to and far more food that has been processed and made more convenient,” said Professor Tim Benton, of the University of Leeds.
Colin Khoury, a food expert at the University of Wageningen in the Netherlands, expects the internationalisation of the industry to continue – helped, in part, by a growing health consciousness in wealthier nations.
“The globalisation of diets trend is continuing strongly. Quinoa – from the Andean mountains – was essentially unheard of 15 years ago. Now it is grown in more than 100 countries and eaten in many more,” he said. “Chia seeds – from West Asia and Southern Europe – are one of the next big new crops likely to show up all over the world,” Dr Khoury added.


UK need is greater than most

Yet while food chain globalisation has affected most of the planet, the UK is particularly reliant on other countries. That’s because it is a small, densely populated country leaving relatively little room to produce the food we need. And so, despite a population of just 60 million, it’s the fourth biggest importer of vegetables in the world, buying in nearly as many as India – a country with more than 20 times the population of Britain.

Another reason for our heavy reliance, it seems, is our junk food habit. Only this week, i revealed that the average British household consumes more ultra-processed foods than any other European nation – meals that are inherently international because they tend to involve multiple ingredients and numerous processing stages.
Moreover, Britain is likely to become even more dependent on food imports in the future – and from an even wider range of countries.
“With Brexit, food sourcing goes from far and wide to even farer and wider. So we might start getting oranges from Florida as opposed to Spain or Greece,” said Prof Lang. “This is the biggest restructuring of the food system for 50 years and it is terribly worrying,” he added. “The Europeanisation of the British food system began in 1967 and it’s now all going to change. We don’t know what form it will take – it may be food shortages, we just can’t tell,” he said.

Revealed: how food makes its way to our plates from the four corners of the world - The i newspaper online iNews
.
.
.
Posted by Jeremy Woodward at 11:56