Maintaining a balanced community in Sidmouth >>> >>> "The town is not well supplied with facilities for younger people and the closure of the only nightclub is a loss."

One of the central issues of our time is to make sure the local community is 'balanced':
Futures Forum: Maintaining a balanced community in Sidmouth

As a recent piece demonstrates:

Balanced communities: One of the key ‘rules’, especially for Sidmouth, is that of fostering ‘balanced communities’, as laid out in Strategy 34 of the Local Plan.[1] It is vital to maintain this balance, as highlighted in other key planning documents: “Sidmouth has a far higher over 85 population than the rest of the country, let alone Devon. Assisted living accommodation on this site will do nothing to redress the existing imbalance.”[2]

Sidmouth faces a ‘demographic time bomb’[3] – and the development at Knowle will exacerbate an already serious issue, as demonstrated in a devastating critique of EDDC’s 'Care Housing Needs Assessment' commissioned by the developers.[4] Moreover, “there is not sufficient capacity in the home care services” in the Sid Valley – further casting doubt on the adequacy of provision for the residents at Knowle, all of whom will require care.[5]

Even EDDC itself recognises that the “influx of new residents”[6] will be made up entirely of the elderly – most of whom will be from outside the District.[7]

And 'balanced community' means having something for young people.
Conversion of Sidmouth’s only nightclub refused | Latest Sidmouth and Ottery News - Sidmouth Herald

With more details coming out today: 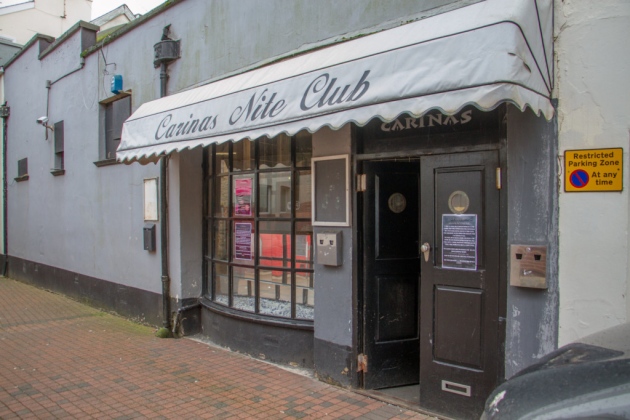 The owners of Sidmouth’s only nightclub have unveiled their plans to turn the venue into an all-in-one restaurant and bar.

It comes after an announcement which revealed the immediate and permanent closer of the nightclub yesterday (Thursday).
Director Chris Eccles, of Residential Trust Ltd - which owns the venue, said: “The reality is that there has been insufficient real support in the form of customers spending money on a regular basis in the club and the existing business model is not sustainable.
“Tastes and trends in the leisure market have changed significantly. If there are organisations out there that want to subsidise the club as a community facility then I would be interested in hearing.”
The owners announced the venue, in Fore Street, would be closing for eight weeks at the end of January, to part-convert it into a bar and restaurant. During this time the remaining section of the club, which is more than half the existing floorspace at Carinas, was supposed to undergo some much-needed improvements.
Mr Eccles said the refurbishment was now at an advanced stage and they were going to upgrade the remaining part of the club.
He added that they would be immediately applying for planning permission to convert the rest of the building into a feature bar and restaurant and were looking forward to substantially upgrading the Dove Lane frontage which faces Market Place and re-instating part of the original glass domed winter garden roof.
Mr Eccles said: “The building has suffered from a lack of investment with previous owners and combined with changing trends the club has had its day. In line with what we previously suspected, turnover has continued to fall to below a sustainable level and all our research has suggested that this will continue to do so and that the offering required needs to have a different focus.
“It is with regret that we are announcing the permanent closure of the club with immediate effect, and would like to thank all our staff and customers for their support during our ownership. Our proposal will add to the vibrancy and economy of Sidmouth and we are sure we can find an attractive operator for the space.”
An application to convert Carinas into a large feature restaurant was refused by East Devon District Council (EDDC) in May 2017 on the basis that the town would lose a ‘social gathering facility’ that contributed to its ‘vibrancy and vitality’, which was in conflict with the authority’s Local Plan. The decision was made after nearly 300 people signed a petition to stop the nightclub becoming a café or a restaurant and Sidmouth Town Council concluded that it would be a ‘great loss’ for youngsters.
EDDC approved a fresh application in October 2017 which proposed to turn part of the venue into a bar and restaurant whilst also safeguarding more than 50 per cent of the nightclub, helping it to become more financial viability.
Councillor Cathy Gardner said: “I realise this is a business decision but this is very disappointing news. The town is not well supplied with facilities for younger people, whatever age that means, and the closure of the only nightclub is a loss.
“We await news on the future use of the Drill Hall which has the opportunity to house a wide range functions.”