Living on the edge: surviving with animals @ BBC One

There are some really beautiful parts of the world
- but they are becoming depleted of wildlife:
Futures Forum: Making space for wildlife > offsetting, rewilding or making half the planet a nature reserve

And what about the people living there?
Futures Forum: National Parks and people-free spaces

BBC One has been looking at these 'extreme places to live':

Here is this evening's episode: 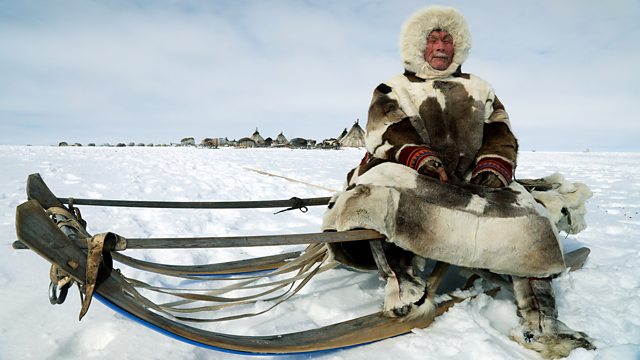 In many of the earth's natural wonders there is an abundance of animals. These can be a devastating threat to the people who live there, or they can provide a means of survival, but often at a high price.

In the coastal salt marshes of northern Australia's Arnhem Land, Indigenous Australians still go hunting for the eggs of one of the world's most aggressive predators - the saltwater crocodile. Following a hunting ban their numbers are recovering well, and the local rangers, like Greg Wilson, are licensed to take a quota of eggs to supply the region's commercial crocodile farms. Despite their ancient hunting skills, this remains a dangerous job - a croc could always be lurking nearby, protecting its nest.

The Yamal Peninsula in northern Siberia is a frozen environment stretching deep into the Arctic Circle. Known to local nomadic peoples as the edge of the world, temperatures can reach minus 50 degrees Celsius or lower in the depths of winter. Very few animals can live here, but one that can is the reindeer. Adapted to survive on a diet of lichen, the reindeer in turn enable people to survive. For thousands of years the Nenets people have survived by following these herds, in a symbiotic relationship that benefits both people and animals. For 65-year-old reindeer herder Medko Serotetto the journey is becoming harder than ever, as climate change makes weather patterns increasingly unpredictable.

Vanuatu is an island paradise in the south Pacific, but life here isn't perhaps as idyllic as it appears. Overfishing has reduced fish stocks, making food harder to come by for the indigenous islanders like 45-year-old Nigasau. The islanders are dependent on fish for their food, as there is little arable land or wildlife on the islands, but the catch is falling further with every year that goes by. Nigasau's 15-year-old son Misakofi is learning his trade as a fisherman and faces his greatest test - freediving at night to catch highly prized lobster. All around the world, as animal populations decline, life is becoming tougher for the indigenous people who depend on them.

In other parts of the world, it is living space that is in short supply. For countless years, elephants of north east India have migrated around the forests in the Himalayan foothills and lived in the plains of Assam. The growth of Assam's famed tea plantations has led to an influx of workers, some of whom have made their homes on the ancient elephant migration routes. Conflict is hard to avoid, especially when the elephants are drawn to the villages by the smells of food and palm toddy. The elephants themselves are a protected species, and it is illegal to harm them, but survival for them too is becoming ever harder.