Which is your preferred dystopian image? 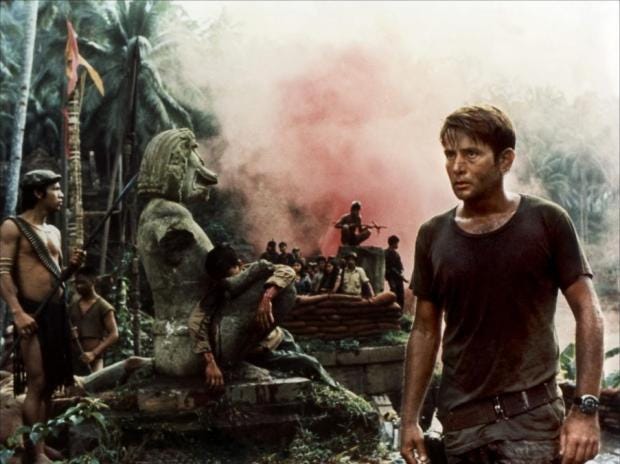 Brexit is reminiscent of the brutal Vietnam War film, Apocalypse Now, according to a leading figure in the French car industry.

“It reminds me of Apocalypse Now when Martin Sheen is walking in a trench and he asks another soldier, ‘hey soldier, do you know who’s in charge here?’ and he replies, ‘ain’t you?’”, said Francois Roudier, director of communications for the CCFA, the French car industry lobby group. “For us in the industry its a real problem,” Mr Roudier told the BBC’s Today Programme on Wednesday.

Not knowing what’s going on with regards to Brexit could be “a disaster” that may lead to job losses on both sides of the Channel, he warned.

The comparison with Francis Ford Coppola’s three-hour war epic comes just a day after Brexit Secretary David Davis drew his own movie parallels. Mr Davis attempted to reassure European business leaders concerned about Brexit by telling them that Britain would not be “plunged into a Mad Max-style world borrowed from dystopian fiction”.

Apocalypse Now is a dive into the dark depths of human insanity and the horrors of conflict which famously took years longer to make than intended. Production was beset by a host of serious problems, including infighting amongst the cast and a mutiny by the crew.

The disturbing tale follows army officer Martin Sheen, sent from the relative civilisation of Saigon into the Cambodian jungle to assassinate the power-crazed Colonel Kurtz, played by Marlon Brando, who has lost his mind and attempted to set up in his own kingdom.

At one point during filming, Mr Coppola reportedly screamed at Dennis Hopper, one of the film’s stars, who was heavily intoxicated and couldn’t remember his lines. Mr Hopper is said to have turned to his director and reminded him that most of the dialogue and the scenes themselves were being made up as they went along because Mr Coppola had torn up the script.

The view from Holyrood: 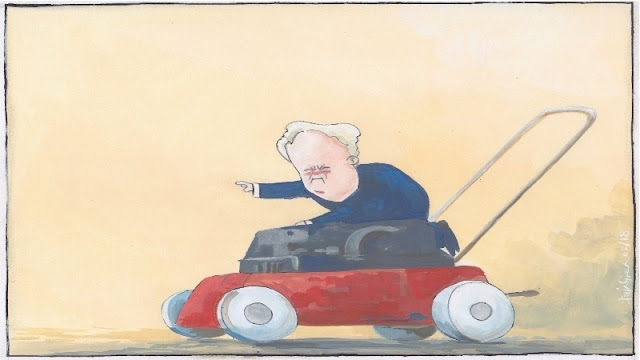 “I soon expect to receive my deliveries from Amazon by drone,” he boasted, though presumably, he didn’t mean during his speech. “In fact – at this moment, weather permitting, at my home in Yorkshire – a robot lawnmower, designed in Sweden and built in the North East of England, will be mowing the grass.”

Robot lawnmowers. At least in Mad Max they had cars. In Davis’s half-baked attempt at dystopia, we’ll be stuck holding running motorway battles on the back of souped-up lawnmowers. To be honest, that’s probably the sort of dystopia the British public deserves – yes, our society is in a violent state of collapse, but on the other hand, we do have immaculate lawns.


Sketch: Mad Max and the Road to Brexit | Holyrood Magazine

David Davis: There will be no ‘Mad Max’ Brexit.
We’re thinking of going for the Bespoke ‘Planet of the Apes’ model instead