Although of course, the likes of Russia Today would disagree:
Watch how fake news is born and spread after release of PR firm’s Russia-Brexit report — RT UK News
Soros & the £400k Question: What constitutes ‘foreign interference’ in democracy? — RT Op-ed

As would the likes of Breitbart and Fox News:
Farage: Money Soros Gave to Anti-Brexit Campaign Is 'The Tip of the Iceberg' - Breitbart
Farage: Instead of Russian Collusion, Press Should Look at Where Soros' Billions Are Going | Fox News Insider

However, apart from the growing paranoia
Soros conspiracies are the natural end point of the UK's new paranoia - politics.co,uk

... the MP for Exeter has been pushing for an investigation by parliament’s powerful intelligence and security committee:
Intelligence watchdog urged to look at Russian influence on Brexit vote | UK news | The Guardian

It's about transparency and knowing where the money comes from:
We need an investigation into Russia's role in the Brexit vote - The i newspaper online iNews
Ben Bradshaw calls for judge-led inquiry on Russia's role in Brexit - Business Insider Deutschland

This is from November last year: 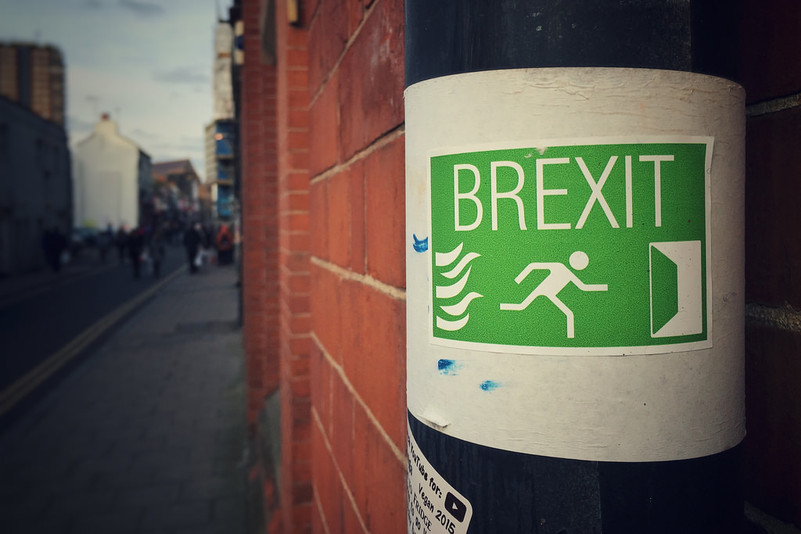 Five British and one US probe are ongoing into Russian activity (Photo: Paul Lloyd)

Ben Bradshaw, a British opposition MP, has said probes into Russian interference in the Brexit referendum were more about national security than about the legitimacy of the vote.

"This is about the security and integrity of our electoral system - you should worry about this if you are a Remainer or a Leaver," he told EUobserver on Wednesday (15 November). 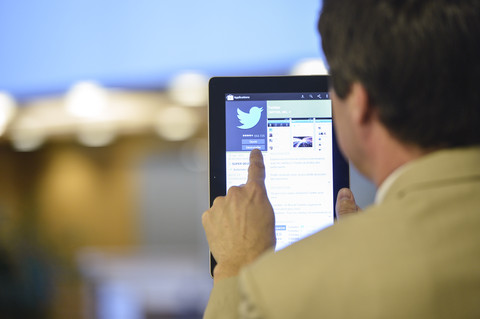 "If the results [of the British investigations] show that Russian influence played a major role in the referendum then I'm sure those questions [on its legitimacy] will be asked, but we're far from there yet," he said.

Bradshaw, who has led calls for transparency on Russia's activity, spoke amid four probes by the British Electoral Commission and one by the British parliament's cultural affairs committee.

The electoral watchdog is looking into whether Arron Banks, a British businessman who bankrolled over €9 million of the Leave side's spending, was the "true source" of those funds or whether he acted as "an agent", in breach of electoral rules. It is also looking into other donations to the Leave.EU campaign group and into potentially "impermissible donations" for Brexit ads on Twitter and Facebook.

The parliament committee, in older proceedings, is looking into the threat of fake news to British democracy.

Bradshaw spoke to this website after new allegations that Russia interfered in Brexit.

British and US academics at Swansea University and at Berkeley in California found that 156,252 Russian Twitter accounts, at least 13,493 of which were bots, published pro-Russia or pro-Brexit material. They tweeted tens of thousands of times the day before the vote and the day of the vote in content seen by millions of people.

Scholars at Edinburgh University have identified 419 Russian Twitter accounts that published pro-Brexit material and that were linked to a Kremlin-run troll farm in St Petersburg. These tweeted hundreds of times before and after the referendum, a sample showed.

A British intelligence chief gave weight to the findings. "I can confirm that Russian interference, seen by the National Cyber Security Centre, has included attacks on the UK media," Ciaran Martin, the head of the cyber centre, said in London on Tuesday. "Russia is seeking to undermine the international system", Martin said.

Bradshaw called it a "new form of asymmetric warfare by the Kremlin". British tabloid press and pro-Leave groups also put out pro-Brexit disinformation, but Bradshaw, a former BBC journalist and Labour party culture secretary, said the Russian meddling was different.

"The important difference is that between overt propaganda and covert propaganda by a foreign power. In the first case, the British public, The Sun reader or The Daily Mail reader, know who they are getting their information from - real people in Britain, not impostors in St Petersburg funded by the Kremlin," he said.

The Russia allegations come in turbulent times for Brexit talks and for Britain's ruling Conservative party.

But Clare Llewellyn and Laura Cram, the authors of the Edinburgh study, echoed Bradshaw's warning against jumping to conclusions. They told EUobserver it would be a mistake to claim that Russia had successfully duped Brexit voters based on their sample, in which 78 percent of tweets came after the referendum. "It could be claimed, but on the basis of our data it wouldn't be very convincing," they said.

Some security experts believe the Russia funding probe could have a bigger impact, however.

Mark Galeotti, a British expert at the Institute of International Relations in Prague, told British newspaper The Guardian that "there is a growing likelihood that later this year or early next we will see solid evidence of [Russian] financial support for the Brexit camp.Hard evidence of active, covert Russian interference would delegitimise the original vote, given the narrow margin of victory," he said.

Bradshaw, the MP, noted that a parallel investigation by the FBI into alleged Russia meddling in the US elections last year had already "implicated" some British personalities. The FBI can summon witnesses, seize documents, and initiate criminal proceedings.

Britain's Electoral Commission can impose fines and can refer cases to the British police, who can initiate criminal proceedings.

The parliament committee can call people for hearings and will publish a public report.

British prime minister Theresa May on Monday also accused Russia of meddling in western democracies. "We know what you [Russia] are doing," she said in a major speech.

Bradshaw noted that she archly refused to mention Brexit in her address. He said the prime minister issued the Russia accusations because she "may be aware of more information to come out soon and felt the need to cover herself".

He also promised to pin her down on Russia and Brexit the next time he had a chance to question her in Westminster.

The Russian embassy in the UK responded with a joke saying: "@theresa_may on @Russia: 'We know what you are doing'. We know what YOU are doing as well". It was retweeted by Banks, who rebuked critics of the Russian comment, saying "maybe they [the Russians] have a sense of humour".