The One Show is featuring plastics-issues every day:
BBC One - The One Show

And an issue it looks at regularly is how we can shop without buying loads of plastics: 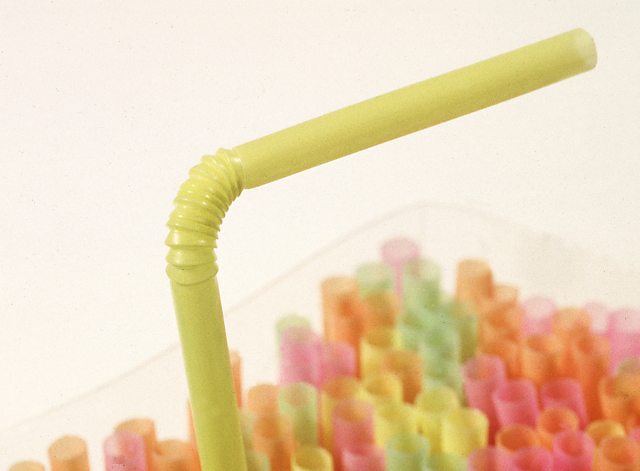 Find out more about the Items for sustainable plastics, as part of the conversation on the UK producing non plastic alternatives.


And this blog has looked at what can be done to help - whether it's a new tax on plastic, or the plastic-free aisle:
Futures Forum: The truth about plastic: how to cure our addiction

Campaigners hail progress as Amsterdam store offers dedicated aisle of more than 700 products, with plans for a national roll-out

Letter: Plastic-free aisle is an example for others to follow 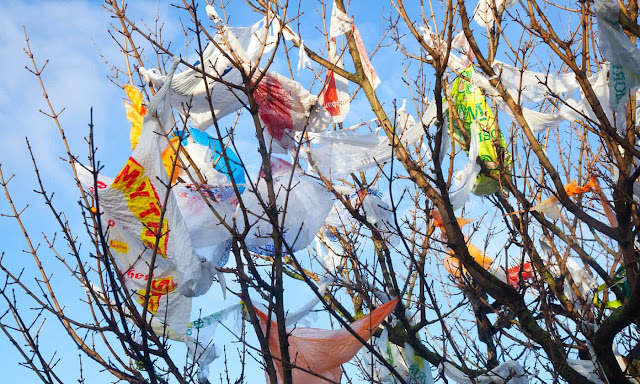 The first plastic-free aisle comes amid growing concern about the damage from plastic waste, with figures showing UK supermarkets are a major source. Photograph: Mar Photographics/Alamy

Shoppers in the Netherlands will get the chance to visit Europe’s first plastic-free supermarket aisle on Wednesday in what campaigners claim is a turning point in the war on plastic pollution. The store in Amsterdam will open its doors at 11am when shoppers will be able to choose from more than 700 plastic-free products, all available in one aisle.

The move comes amid growing global concern about the damage plastic waste is having on oceans, habitats and food chains. Scientists warn plastic pollution is now so widespread it risks permanent contamination of the natural world.

Earlier this year, a Guardian investigation revealed that UK supermarkets were a major source of plastic waste, producing 1m tonnes a year. And for the past 12 months, campaigners have been calling for all supermarkets to offer a plastic-free aisle. 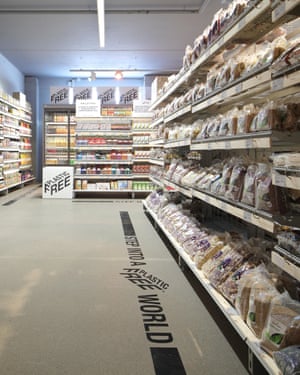 Sian Sutherland, co-founder of A Plastic Planet, the group behind the campaign, said the opening represented “a landmark moment for the global fight against plastic pollution”.

“For decades shoppers have been sold the lie that we can’t live without plastic in food and drink. A plastic-free aisle dispels all that. Finally we can see a future where the public have a choice about whether to buy plastic or plastic-free. Right now we have no choice.”

The aisle will open in the Amsterdam branch of the Dutch supermarket chain Ekoplaza. The company says it will roll out similar aisles in all of its 74 branches by the end of the year. Ekoplaza chief executive, Erik Does, has been working with the campaign for the past month and said the initiative was “an important stepping stone to a brighter future for food and drink”.

“We know that our customers are sick to death of products laden in layer after layer of thick plastic packaging. Plastic-free aisles are a really innovative way of testing the compostable biomaterials that offer a more environmentally friendly alternative to plastic packaging.”

Campaigners say the products will not be anymore expensive than plastic-wrapped goods and will be “scalable and convenient”, using alternative biodegradable packing where necessary rather than ditching packaging altogether. They add the aisles will be a “testbed for innovative new compostable bio-materials as well as traditional materials such as glass, metal and cardboard.”

Sutherland said: “There is absolutely no logic in wrapping something as fleeting as food in something as indestructible as plastic. Plastic food and drink packaging remains useful for a matter of days yet remains a destructive presence on the Earth for centuries afterwards.”

Campaigners say the grocery retail sector accounts for more than 40% of all plastic packaging. A recent Populus poll revealed that 91% of Britons back the introduction of plastic-free aisles. 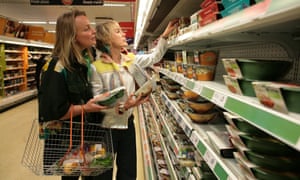 The Guardian’s investigation into supermarkets’ plastic footprint found that leading UK stores create more than 800,000 tonnes of plastic packaging waste every year. However Tesco, Sainsbury’s, Morrisons, Waitrose, Asda and Lidl all refused to divulge their plastic output, with most saying the information was “commercially sensitive”.
Last month Theresa May highlighted the challenge of plastic pollution while setting out the government’s environment policies. The prime minister singled out the role of supermarkets, calling on them to introduce plastic-free aisles. But she was criticised for failing to back up her call with any concrete measures.