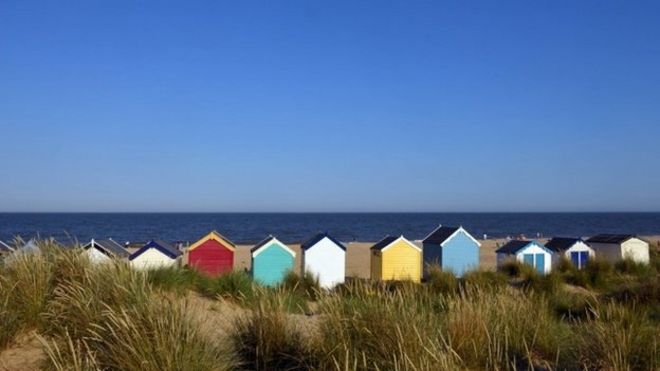 A fund to stimulate coastal economies has been extended by the government for another five years. The Coastal Communities Fund, which was launched in 2012, will make £90m in funding available until 2020/2021. Seaside towns across the UK will be able to bid for a share of the funding.

The extension was announced as part of the Budget on Wednesday. Almost £119m in funding has already been distributed. The government said the money was helping to create almost 13,700 jobs and provide more than 10,280 training places and apprenticeships.

Communities Secretary Greg Clark said: "Unlocking the economic potential of our seaside towns will create jobs, build infrastructure and boost local economic growth. "We know our multi-million pound Coastal Communities Fund is already having a big impact on communities and local seaside economies, and the extension of the fund will mean other areas will have the chance to bid for funding."

In January projects across the country received money from the fund, including £2m for Blackpool Illuminations. The money for the attraction, which drew in 3.5 million visitors last year, will be used to create new light shows.

The National Coastal Tourism Academy in Bournemouth received £2m from the fund in 2012 and offers training to businesses dealing with coastal tourism.

A lobster hatchery project in Padstow received £150,000 and the government said had attracted 3,500 more visitors and created five direct and 16 indirect jobs in the area.

The fund is financed by the government through revenues from the Crown Estate's marine activities. It is administered by the Big Lottery Fund.

More on this story:
Lowestoft water taxi to be launched 23 May 2015

The last couple of weeks have seen lots of examples of projects being funded in the South-West:
'Jewel in crown' Jubilee Pool to reopen in Spring after renovation work gets under way | Western Morning News
Regeneration project welcomed by coastal communities (From Dorset Echo)
Bridport and West Bay to benefit from Coastal Community Fund | Dorset Newsroom
Back on track after 43 year closure - Premier Construction News