Here's more info on the march in Exmouth, put together by Transition Exmouth:

Sunday 29 November. At the Clock Tower on Exmouth's Seafront (in front of the Imperial Hotel, The Esplanade, Exmouth, Devon EX8 2SW).

Leaving at 14.30 from the Clock Tower and marching to The Strand for (short) speeches.

Tim Gorringe, Emeritus Professor of Theology at the University of Exeter. His book on our response to climate change will be published next year.

The UN adopted a framework convention as long ago as 1992. The overall goal of the Convention is to reduce greenhouse gas emissions sufficiently to limit the global temperature increase to 2 °C above pre-industrial levels. The Paris summit in December is titled COP21 because it is the 21st Conference of the Parties meeting.

The objective of the 2015 conference is to achieve, for the first time in over 20 years of UN negotiations, a binding and universal agreement on climate from all the nations of the world. The intense preparations for this summit have achieved much progress in obtaining from the nations commitments on their intended actions and 142 have thus committed so far including the United Kingdom as part of the EU block. A common condition put by Less Developed Countries however is that they need financial support to achieve their aims and it is over the matter of finance that there will be much dispute next month. Our march, organised, with the help of the on-line lobbying Website Avaaz, is one of thousands taking place all over the world today, attended by people who believe that governments are not doing enough to curb carbon emissions.

We are not now on the threshold of effective action by accident nor by initiatives from our politicians, nor (despite their best efforts) the convictions of scientists, nor by pressure from the corporations and financial interests. No, if we get that action it will be as a result of what you and I and the NGOs that we support are doing now.

We will be posting photos from this march around the world and we are here to show Exmouth and our leaders that people here do care about the future, do want to see effective action to halt emissions, do want to walk away from fossil fuels, and are willing to change our wasteful way of life to achieve this. People can change their habits if informed and provided with the inspirational leadership that has so far been completely lacking.

It is Transition Exmouth's message that a lifestyle that has abandoned addiction to oil and abandoned acceptance of waste is not only necessary and possible but will also be more healthy and more enjoyable.

Kevin Anderson, one of the most senior climate scientists in the UK, has warned for the past five years that holding global warming to 2'C is extremely unlikely, and that a rise to 4' would make civilised life impossible. It would take out 30% of our staple crops and lead to widespread famine and migration. 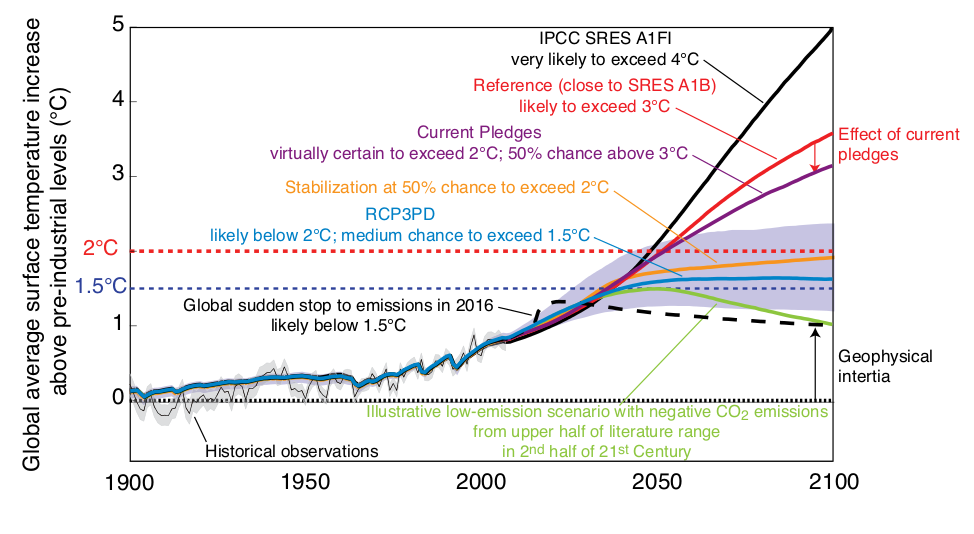 The only realistic response is to cut economic growth - but this is something no government is prepared for. As citizens, and as parents and grandparents, we have to grasp the nettle and seek realistic political and economic action.