Grim backdrop to vital global emissions talks as new analysis shows 1.5C limit on warming is close to being broken 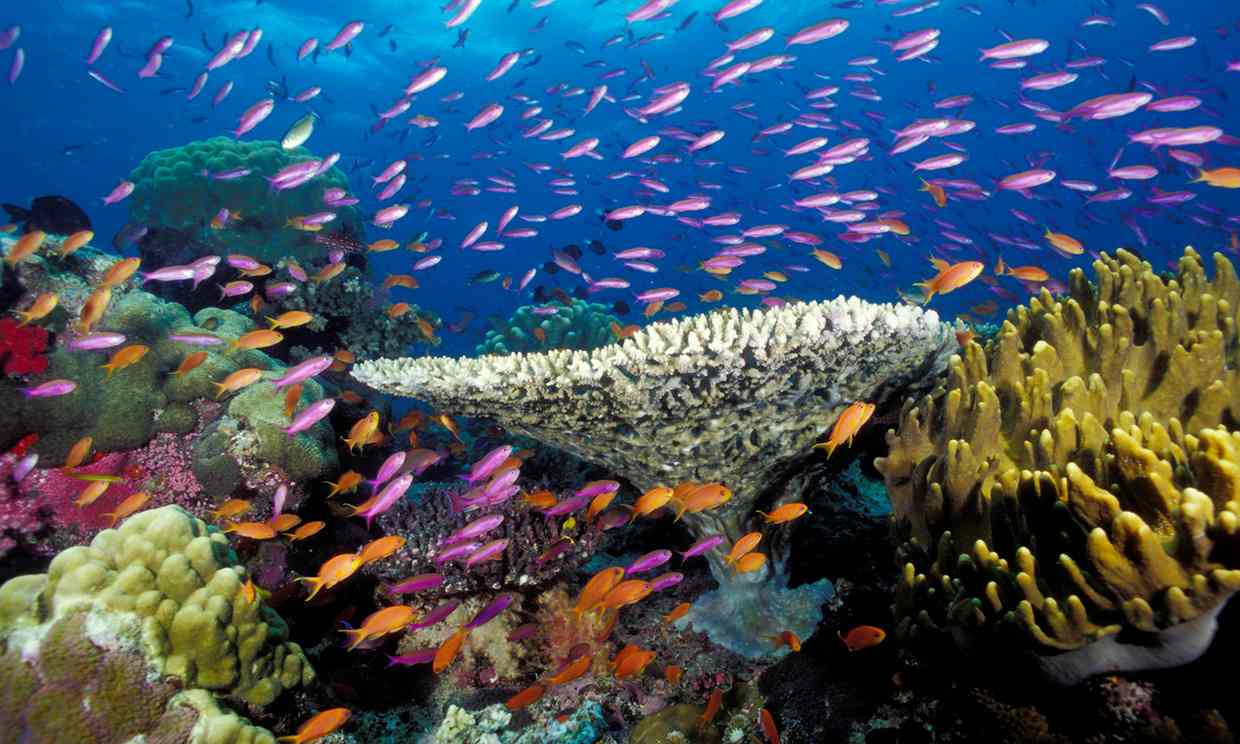 
Leading climate scientists have warned that the Earth is perilously close to breaking through a 1.5C upper limit for global warming, only eight months after the target was set.
The decision to try to limit warming to 1.5C, measured in relation to pre-industrial temperatures, was the headline outcome of the Paris climate negotiations last December. The talks were hailed as a major success by scientists and campaigners, who claimed that, by setting the target, desertification, heatwaves, widespread flooding and other global warming impacts could be avoided. 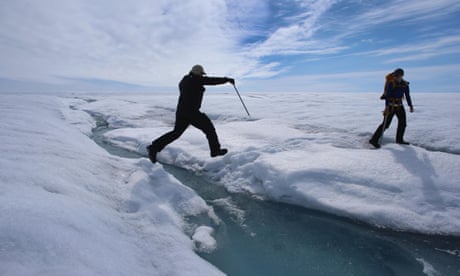 Environmental records shattered as climate change 'plays out before us'

Read more
However, figures – based on Met Office data – prepared by meteorologist Ed Hawkins of Reading University show that average global temperatures were already more than 1C above pre-industrial levels for every month except one over the past year and peaked at +1.38C in February and March.Keeping within the 1.5C limit will be extremely difficult, say scientists, given these rises.
These alarming figures will form the backdrop to the Intergovernmental Panel on Climate Change talks in Geneva this month, when scientists will start to outline ways to implement the climate goals set in Paris. Dates for abandoning all coal-burning power stations and halting the use of combustion engines across the globe – possibly within 15 years – are likely to be set.
Atmospheric heating has been partly triggered by a major El Niño event in the Pacific, with 2016 expected to be the hottest year on record. Temperatures above 50C have afflicted Iraq; India is experiencing one of the most intense monsoons on record; and drought-stricken California has been ravaged by wildfires.
Stanford University’s Professor Chris Field, co-chair of the IPCC working group on adaptation to climate change, told the Observer: “From the perspective of my research I would say the 1.5C goal now looks impossible or at the very least, a very, very difficult task. We should be under no illusions about the task we face.”
The Paris summit first agreed to limit global warming to 2C above pre-industrial levels and then decided to try to keep it below 1.5C. This latter limit was set because it offered the planet a better chance of staving off catastrophes such as the melting of polar ice, which would no longer be able to deflect solar radiation and allow even greater global warming. Similarly, coral reef destruction and extreme sea level rises might be avoided if the 1.5C limit is achieved.
“If the world puts all its resources into finding ways to generate power without burning fossil fuels, and if there were international agreements that action must happen instantly, and if carbon emissions were brought down to zero before 2050, then a rise of no more than 1.5C might just be achieved,” said Dr Ben Sanderson of the National Center for Atmospheric Research in Boulder, Colorado. “That is a tall order, however.” 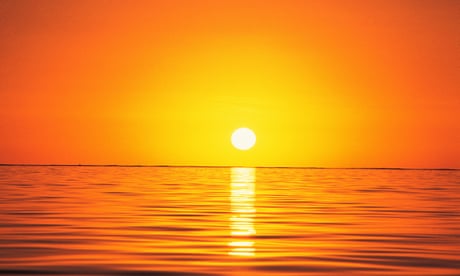 Read more
The problem was made particularly severe because moving too quickly to cut emissions could be also be harmful, added Field. “If we shut down fossil fuel plants tomorrow – before we have established renewable alternatives – we can limit emissions and global warming, but people would suffer. There would be insufficient power for the planet. There is an upper limit to the rate at which we can move to a carbon-free future.”
The Paris agreement is vague about the exact rate at which the world’s carbon emissions should be curtailed if we are to achieve its 1.5C target. It merely indicates they should reach zero by the second half of the 21st century, a goal that was accepted as being ambitious but possible – until global temperatures increased dramatically this year.
“It means that by 2025 we will have to have closed down all coal-fired power stations across the planet,” said John Schellnhuber, director of the Potsdam Institute for Climate Impact Research. “And by 2030 you will have to get rid of the combustion engine entirely. That decarbonisation will not guarantee a rise of no more than 1.5C but it will give us a chance. But even that is a tremendous task.”
Many scientists now believe the most realistic strategy is to overshoot the 1.5C target by as little as possible and then, once carbon emissions have been brought to zero, carbon dioxide could be extracted from the atmosphere to start to cool the planet back down to the 1.5C target. In other words, humanity will have to move from merely curtailing emissions to actively extracting carbon dioxide from the air, a process known as negative emissions.
“Some negative emission technology will inevitably have to be part of the picture if you are going to keep 1.5C as your limit,” said Professor Jim Skea, a member of the UK government’s committee on climate change. “There will always be some human activities that put carbon into the atmosphere and they will have to be compensated for by negative emission technology.”
But what form that technology takes is unclear. Several techniques have been proposed. One includes spreading crushed silicate rocks, which absorb carbon dioxide, over vast tracts of land. Another involves seeding oceans with iron to increase their uptake of carbon dioxide. Most are considered unworkable at present – with the exception of bioenergy with carbon capture and storage. Under this scheme, vast plantations of trees and bushes would be created, their wood burned for energy while the carbon dioxide emitted was liquefied and stored underground.
“It could do the trick,” said Cambridge University climate expert Professor Peter Wadhams. “The trouble is that you would need to cover so much land with plants for combustion you would not have enough space to grow food or provide homes for Earth’s wildlife. In the end, I think we just have to hope that some kind of extraction technology, as yet unimagined by scientists, is developed in the next couple of decades. If not, we are in real trouble.”