Knowle relocation project: and the curse of open plan

And yet doubts were expressed at the time about the layout of any proposed new HQ:
Futures Forum: Knowle relocation project: open-plan offices

The District Council put in an application for a building in Honiton in June - and it was all about 'modern' layout:

According to EDDC’s planning application, submitted at the beginning of this month, it intends to create a ‘modern, more modestly scaled, attractive, efficient, principally open-plan office space’ with ‘functionality and flexibility for the future’.

Jeremy Paxman had a thing or two to say about it a couple of years ago:

If I were king for a day, I would ban open-plan offices 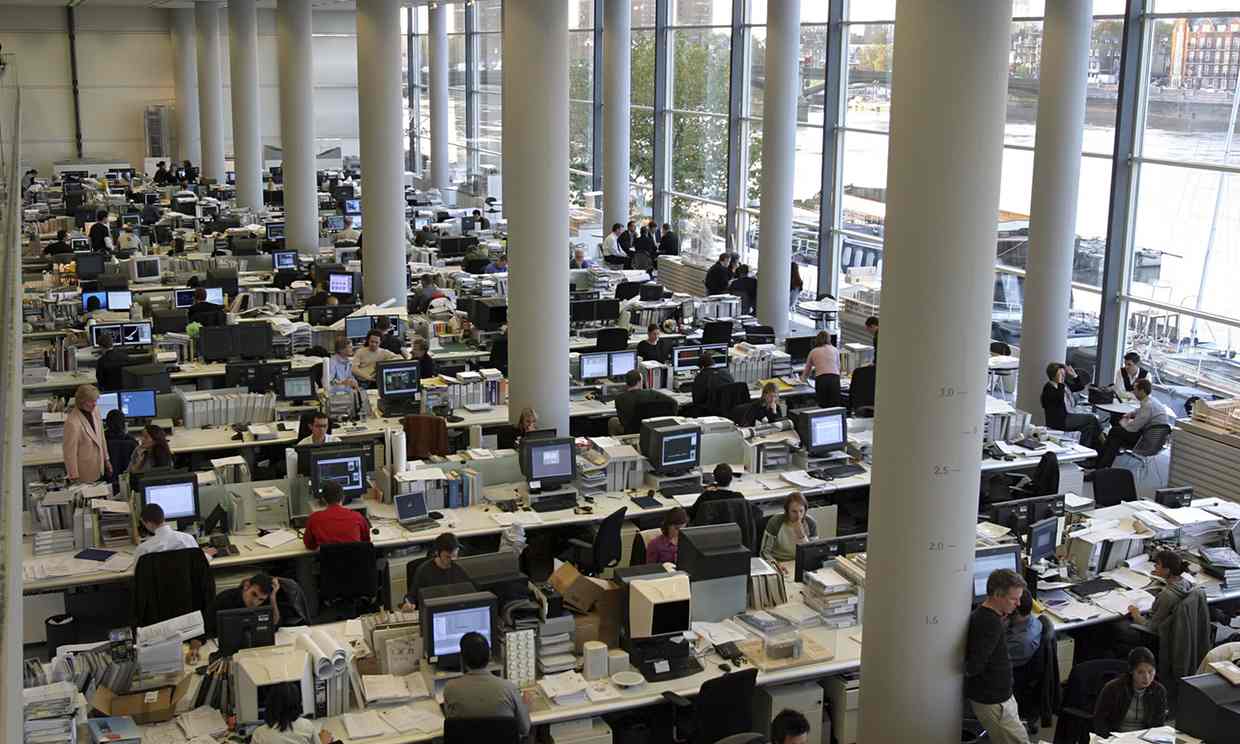 ‘The poor saps condemned to labour in this environment soon learn to fear the very place designed for them to interact in.’

An open-plan office is a way of telling you that you don’t matter. Here you will sit for your allotted hours, at a work station, devoid of any personal touch, while opposite you someone you don’t know shouts into the telephone to a person sitting in an almost identical human warehouse in Bangalore
about how their cash card isn’t working, tells his girlfriend precisely what he intends to do to her tonight, or absentmindedly picks his nose and eats the result.

Once upon a time the open-plan office was the home of the typing pool. Now it is the everyday working environment for most of us. Like the filthy term “typing pool”, the open-plan office tells us precisely what our bosses think of us – that we are employed to fulfil a mechanical task and that we are all interchangeable. It is the bean-counter’s answer to the wrong question.

The poor saps condemned to labour in this environment – deliberately designed so the bosses can see whether any galley slaves are doing something unproductive like talking to another human being – soon learn to fear the very place designed for them to interact in. They have seen enough people summoned by email for an encounter with their boss in a specially booked meeting room. Too many colleagues emerge in tears, for a summons to the meeting room is as likely to mean you’re being sacked as being given a heads-up on issues likely to come up in next week’s thought shower.

The new BBC headquarters, featured in the mockumentary W1A, is a good example. The place was mildly satirised when the new, and horribly plausible, Head of Values couldn’t find anywhere to sit (another characteristic of open-plan spaces is that there never seem to be quite enough workstations for the drones to occupy – it makes them get to work earlier.)There is nowhere to have a quiet chat – if a channel controller wants to discuss a commission, they must first book time in a glass-walled meeting room named after some long-gone BBC character – the Del Boy or Wilfred Pickles suite or something. The Mr Pastry Suite or the Basil Fawlty Snack Bar would have been no more likely to produce creative ideas, but at least it might have been fun getting the summons.

Deliberately inventing an uncreative environment is one thing. But it is worse than that. A masterstroke by the buffoons who commissioned the BBC building was to decree that the ordeal be aggravated by refusing to provide either coathangers or waste bins. Within weeks the place was filthy, reeking with a distinctive aroma of wet coats and feet and ancient pot noodles.
At one point there was even a goon patrol to check that no one had personalised their workspace with a potted plant.

I have never yet met anyone who likes working in an open-plan office. Because the space belongs to no one – don’t dare to try to put down any reminder, like a photograph, that you are a human, with a family and friends – it is noisy and grubby, and soon becomes a natural incubator for any passing winter bug.

They say Frank Lloyd Wright invented open-plan living. I neither know nor care who invented the open plan office. I just hope he’s having the full benefit of the vast open-plan space that hell must be.

If I were king for a day, I would ban open-plan offices | Jeremy Paxman | Opinion | The Guardian

Earlier today, Radio 4 looked at the open plan idea - and found it wanting:

The Curse of Open Plan

Open plan design is everywhere. But why? Office surveys say that most workers find the layout noisy and disruptive, preventing them doing their job properly. Julian Treasure explores the extent of the problem and how unwanted noise affects our productivity, health and well-being.

How did open plan evolve from the factory floor and cubicles of the past? Does the blame rest with the economics of property development and current trends in architecture?

There are pros - the collaborative aspects, for example - but how can we resolve the cons and create better offices of the future?