More plastic than fish in the sea by 2050 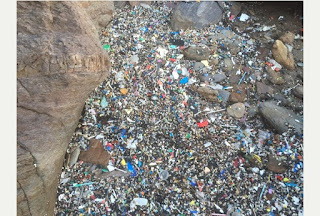 By 2050 the oceans will contain more weight of plastic than of fish unless the world takes radical action, a new report says.

Every minute the equivalent of a rubbish truck of plastic waste pours into the oceans, according to the report from the World Economic Forum.

By then, plastic will outweigh fish in the oceans, the report produced by the Ellen MacArthur Foundation warns.

Hugo Tagholm, chief executive of the marine conservation group Surfers Against Sewage, said: "We are seeing ever-increasing amounts of plastic washing up on Westcountry beaches. Plastic persists in the sea for hundreds of years, and breaks down into ever smaller pieces which enter the food chain."

In Cornwall, the new year was ushered in by a tide of thousands of pink plastic bottles, which are now turning up in Devon as well. Surfers Against Sewage organises regular beach cleans involving some 15,000 volunteers around the country.

"We'll carry on removing waste from beaches," Mr Tagholm said. "But the solution is to stop the flow into the ocean. We need to see plastic as a resource rather than as waste."

He said last year's 5p levy had seen an 80 per cent cut in the number of plastic bags used by supermarket shoppers. Mr Tagholm said more measures like this were needed, including a deposit scheme on plastic bottles.

At least eight million tonnes of plastic already ends up in the ocean every year, much of it washed down watercourses or dumped from ships. Ocean currents shift it around the globe. "This is an issue without borders so we are working with organisations around the world," he said.

The rate of plastic pollution is only expected to increase as more and more plastic is used globally, especially in emerging economies with weaker waste and recycling regimes. The amount of plastic in the oceans is estimated at about 150 million tonnes – about a fifth of the weight of the fish.

"Without significant action, there may be more plastic than fish in the ocean, by weight, by 2050," the World Economic Forum study says.

And in the spring, the SAS group set to work on Sidmouth's beaches:
Futures Forum: Surfers Against Sewage: beach-cleaning at Sidmouth >>> Sunday 29th March >>> 11am - 2pm

The WMN carries a further piece on today's front page:


The day we ate the Earth 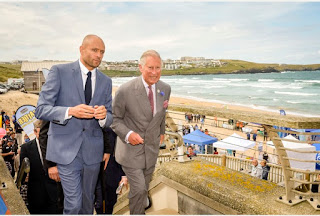 A conservation group is pushing the government to bring in a deposit scheme on plastic bottles in a bid to reduce pollution on beaches and in the sea.

The rising tide of plastic pollution is a symptom of human over-consumption, Hugo Tagholm, chief executive of the Westcountry conservation charity Surfers Against Sewage, said.

We blew by Earth Overshoot Day earlier than ever this year. As of Monday, humans had used as much from Nature in 2016 as the planet can renew in a whole year. 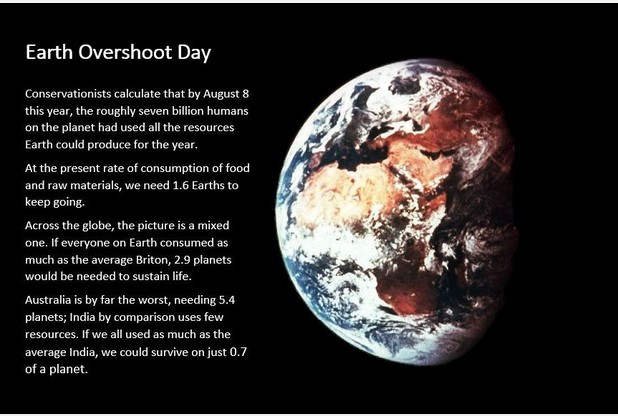 "Global Overshoot Day exposes the fact that we are using too many resources too fast," Mr Tagholm said. "As one of the UK's leading conservation charities, Surfers Against Sewage (SAS) sees this in sharp focus at the shoreline."We see tidelines right around the world filled with the symptoms – plastic pollution. It's a sign of our over-consumption, and the pace of consumption. We need to think about how we trap these resources in the economy, instead of in the environment. We are working at the front line of the marine litter crisis and we are mobilising tens of thousands of volunteers. But we need to stop the flow of plastics to ocean." 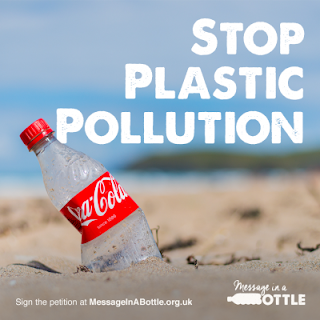 The SAS campaign, Message in a Bottle, calls for a deposit scheme for plastic bottles.

"We have just had a small success with the 5p levy on plastic shopping bags, which has reduced the number of bags handed out to shoppers in England since its introduction last October by six billion."

Mr Tagholm said a deposit scheme could also help to tackle the problem of urban streets littered with plastic, and more needed to be done to do away with "single use" plastics, such as packaging. 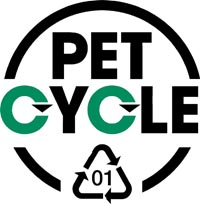 Several European countries, including Germany, the Netherlands, Denmark, Sweden and Finland, have long-running deposit schemes for PET bottles, the most common drinks bottles.

Deposits were used on glass bottles in Britain and elsewhere

Many companies are developing uses for recovered plastic. Interface, one of the world's biggest carpet manufacturers, uses recycled plastic. Ecover makes bottles out of recovered plastic, and Californian company Bureo uses a fishnet collection and recycling programme to make skateboards.

Mr Tagholm said there was scope for similar innovation in the Westcountry. "The South West is one of the regions most exposed to winds and ocean currents, bringing in litter," he said.

SAS is also working to ensure that Britain's vote to leave the EU will not cause more harm to the environment.

"All sorts of our strongest environmental legislation comes out of Brussels. We are talking about replacing, but not undoing it. Our fears are that we put industry and manufacturing too far ahead of the environment. We would have particular concerns that there should be no backward step in how much progress the EU has made."

On climate change, he said the problem of ocean acidification was causing concern, leading to bleaching of corals in some of the world's most pristine habitats. The oceans are the world's carbon sinks, absorbing carbon dioxide from the air. But rising levels of carbon dioxide pumped into the atmosphere by human activity are beginning to change the very chemistry of seawater.

The result is that many marine creatures are struggling to build their calcium-based shells and skeletons. As the planet warms, rising sea levels and increasingly severe storms could also put extra pressure on our sewerage systems.

SAS was set up in 1990 to combat the dumping of sewage into the sea. Mr Tagholm said the problem was no longer continuous pumping of raw sewage, but sporadic discharges. Although they may last only a few hours, their impact can be felt for days. SAS continues to alert its subscribers, and last year recorded more than 1,000 "sewage events" on UK beaches.

The growth in popularity of water sports improves the prospects for the oceans, he believes, making people more connected to the fate of the sea. Surfing is a fast-growing sport, with about 600,000 surfers in Britain, and will be an Olympic sport from the 2020 Tokyo Games.

"It's great to see people having an active outdoor life," Mr Tagholm said.

"The more that people use the natural environment, the more they will protect it," he said.

The day we ate the Earth | Plymouth Herald

It is such a lovely and informative post. I like these kinds post on your site. Wish you all good luck. I am from America.
digital marketing services in india