A solution to our housing problems >>> a land value tax ... rather than gentrification

An interesting question if you're trying to improve housing:
Can Neighborhoods Be Revitalized Without Gentrifying Them? | The Nation

Some would say that 'gentrification' means better amenities and services, as much as better quality properties in an area:
Does Urban Growth Have to Mean Gentrification? - Forbes

... which would come from fewer regulations and restrictions:
Futures Forum: A solution to our housing problems: free up the market for truly affordable housing

If you don't care for it, there are alternatives to gentrification, however:
Futures Forum: A solution to our housing problems: community land trusts

... some of which have won prizes:
Futures Forum: Toxteth and Turner: "It has taken the Turner prize to highlight that there is an alternative to replacing low-income housing with expensive flats."

The person originally behind the idea was a Henry George:
A Synopsis of Henry George's "Progress & Poverty"

... with an interesting view here on his ideas of 'progress' in the urban landscape:
Visions of Progress: Henry George vs. Jane Jacobs | Foundation for Economic Education

Oliver Wainwright writing in the Guardian earlier in the week gave his views on the subject:

Gentrification is a global problem. It's time we found a better solution

Oliver Wainwright
Today we begin a new series looking at the impact of gentrification and rising housing costs all over the world – and the ways some cities are trying to tackle this global phenomenon.Share your stories here 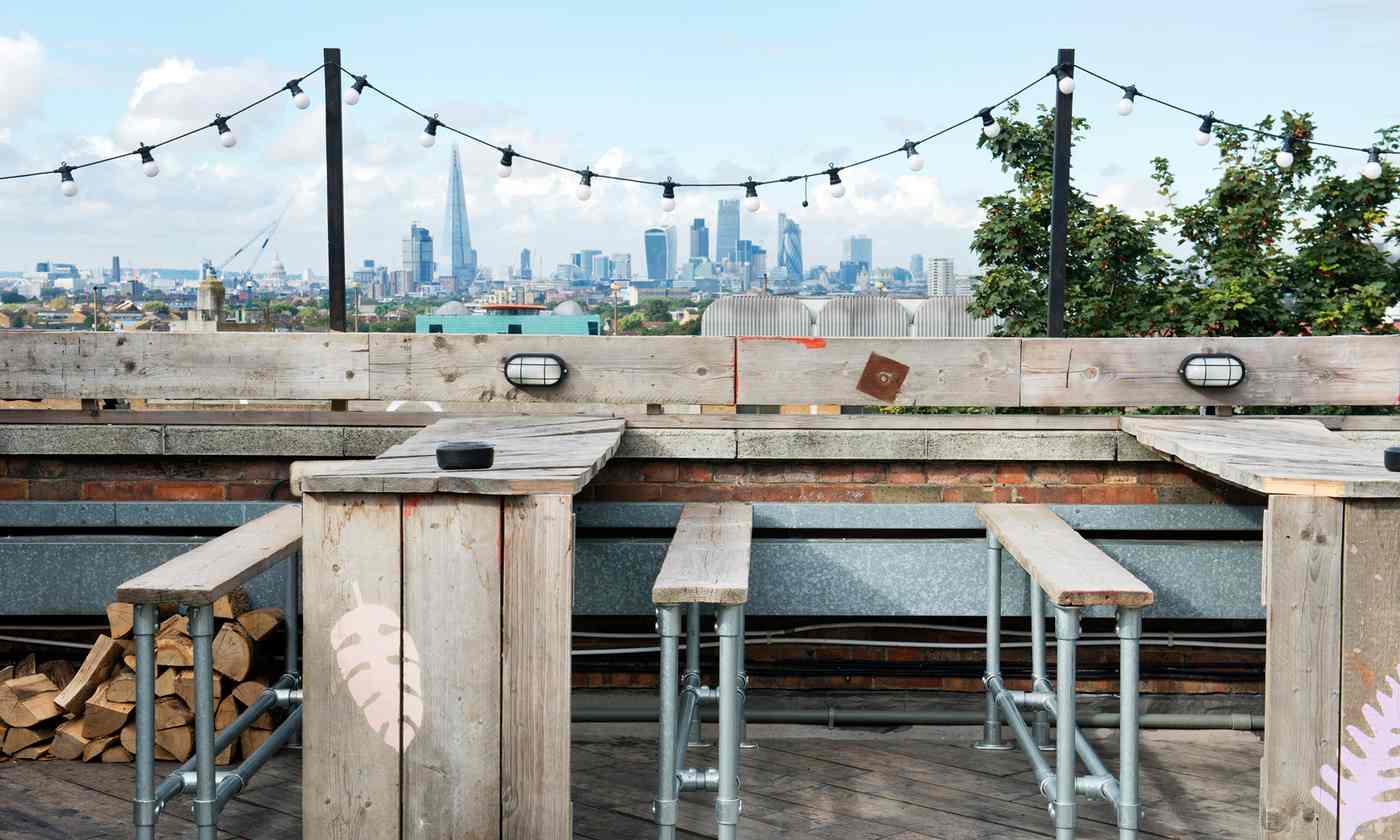 @ollywainwright
First come the artists, then the cranes. As the kamikaze pilots of urban renewal, wherever the creatives go, developers will follow, rents will rise, the artists will move on, and the pre-existing community will be kicked out with them.
Such is the accepted narrative of gentrification, a term first coined more than 50 years ago by the German-born British sociologist Ruth Glass to describe changes she observed in north London – but it is a phenomenon that has been at the heart of how cities evolve for centuries.
Gentrification is a slippery and divisive word, vilified by many for thedisplacement of the poor, the influx of speculative investors, the proliferation of chain stores, the destruction of neighbourhood authenticity; praised by others for the improvement in school standards and public safety, the fall in crime rates, and the arrival of bike lanes, street markets and better parks.
Your opinion might depend on which side of the property-owning chasm you are on, and the respective consequences: an uplift in the value of your assets, or an increase in the rent you must pay to stay. In all cases, the winners are the landowners, who profit handsomely from the unearned income of neighbourhood improvement.
For years, gentrification boosters such as Richard Florida have argued it is the surefire formula for urban regeneration, proselytising their magic recipe to rapt mayors around the world. Blighted neighbourhoods could be miraculously transformed by incentivising the arrival of the “creative class” of artists, gay couples and brave bohemians: those frontline pioneers who would take on rundown buildings and seed the pop-up micro-breweries, artisanal bakeries and farmers’ markets that would encourage the more timid middle classes to follow. Houses are done up, community gardens appear, and investors flock to reap the rewards.
The “urban renaissance” of the past two decades, masterminded in the UK byRichard Rogers in the form of New Labour’s urban taskforce, set out to revitalise decaying inner city cores, breathe fresh life into post-industrial “brownfield” land, and make cities happier, healthier, safer places to live and work. Rather than escaping to the suburbs, successful young professionals would be lured back into the city, bringing an upwardly mobile, cappuccino-supping class to activate a whole new generation of urban public spaces.
There have been many upsides. But the consequences of the rate and scale of change, the displacement of poor by rich, the loss of workspace and the hollowing out of neighbourhoods by buy-to-leave investors, is now frightening even the most ardent promoters of trickle-down regeneration.
Brownfield developments have too often resulted in lifeless dormitory blocks: clone-town apartments built without the social infrastructure of the corner shops, doctors’ surgeries, pubs and primary schools needed to make viable places to live. Projects that were planned as mixed-tenure neighbourhoods have seen their “affordable” housing quotas relentlessly squeezed out, thanks to the clever accounting of viability consultants and well-paid planning lawyers.
Starting today, this Guardian Cities series will examine the consequences of gentrification around the world, and interrogate what is being done to tackle it. From Vancouver’s pioneering gentrification tax to the efforts of a tenants’ cooperative in Brooklyn, from housing evictions in Johannesburg to the impact of Airbnb in Amsterdam, we will hear from groups on both sides of the regeneration machine about the impacts, challenges and tactics being deployed on this ever-shifting battleground.
My own view is that the best solution to mitigate the impact of the almost inevitable tide of urban gentrification is a tax on the value of land, which would capture the value of improvements for the local community, rather than lining the pockets of investors.
This is an idea that has enjoyed the support of economists throughout the ages, from Adam Smith (who said “nothing could be more reasonable”) to Milton Friedman (who called it “the least bad tax”), but it is most closely associated with Henry George, whose 1879 bookProgress and Poverty argued that land-value levies should replace all other taxes, leaving labour and capital to flourish freely, thus ending poverty, unemployment, inflation and inequality.
At present, when gentrification increases the value of an area, the windfall is to the landowners. The community group that gets together to revive a street market or establish an urban garden, or the penniless artists who turn a leaky warehouse into a gallery, are indirectly responsible for catalysing the very forces they are usually determined to prevent. 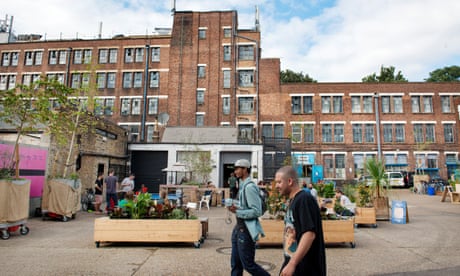 The bubble that turned into a tide: how London got hooked on gentrification

Read more
Such amenities increase the “locational value” of properties in the area, attracting buy-to-let investors, land speculators and estate agents who feature these very community assets in their glossy brochures. The arrival of the allotment and the “makerspace” puts into motion a sequence of events that will ultimately drive them out: the cast-iron rule of gentrification is that the things that make an area attractive will be displaced or destroyed.
A land value tax shifts this dynamic. Rather than taxing property, it taxes the value of the land itself – determined by its location, not what is built on it. The rise in value that results from neighbourhood improvements is therefore captured and returned to the community, to be reinvested in the area.
Such a tax also penalises those who hoard vacant plots of land with no intention to build, while driving inflated land values down by taking into account the value of future levies that will be applied.
In short, it would mean the next time you see a bearded hipster wheeling his sourdough trolley to the local festival of sustainable street art, you could take solace in the fact that the perceived value he is creating will not be siphoned off by a developer, or lead to an increase in your rent, but ultimately generate more revenue to make your neighbourhood a better place to live.


Gentrification is a global problem. It's time we found a better solution | Cities | The Guardian
.
.
.
Posted by Jeremy Woodward at 15:38