What is an 'innovative jam'?

The Daily Express isn't too sure either:

THE GOVERNMENT is looking for someone who can bring back Britain’s reputation as a fine global exporter - with “innovative jam and marmalade”. 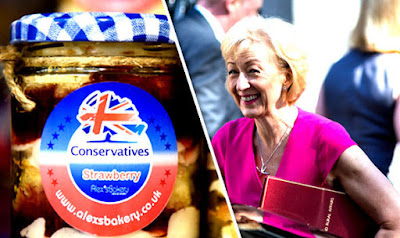 Trade bosses in Westminster released a bizarre advert over the weekend, hoping to recruit manufacturers and producers in the UK to sell jam to France.
An advertisement was tweeted out by the Government’s trade department on Sunday.
It states a “fine food agent” is hoping to find a British company to buy “innovative & high quality jams / marmalades” from.

The advert warns only a small quantity will initially be needed but said it was an opportunity to break a brand into the French market.
The notification sent Twitter users into a spin.
Many took the opportunity to mock the suggestion Britain will leave the single market when Brexit become official.
Jamie Richardson wrote: “If only we had some form of multinational organisation which allowed us to trade our jam with France easily…”
Another Twitter user write: “Yes. If that's the absolute best that @tradegovuk can come up with it's clear that UK doesn't have much hope w/o single market.”
MP for Walthamstow Stella Creasy wrote: “Finally figured out one of our Brexit negotiating lines I can get behind- we get to keep our marmite ... #stillhelping #patriot @tradegovuk”
Another critic said: “When you use the phrase #InnovativeJams you have to know you're in a #BrexitJam or #BrexitPickle”.
Ben Thomas tweeted: “@tradegovuk So we're going to avoid financial ruin by becoming the marmalade powerhouse of Western Europe, are we? Phew, crisis averted.”
While others pointed out France famously sells jams in the UK.
Sima Diab wrote: “Isn't that like selling ice to Eskimos?”
Martin Baker said: “Don't know how to break this to you, but the French do a bit of jam themselves & you'll find it in Tesco!”
The Department for International Trade (DIT) gives little information over who the contract is with and what it is worth, but encourages people to apply.
Andrea Leadsom, who once ran to become Prime Minister against Theresa May, to succeed David Cameron, came under fire. Mrs May made Mrs Leadsom Secretary of State for Environment, Food and Rural Affairs in her Cabinet.
Julian Woodward wrote: “Three whole months @tradegovuk and this is the best you can come up with?! Pathetic @andrealeadsom.”

Here is the original proposal on the government website: 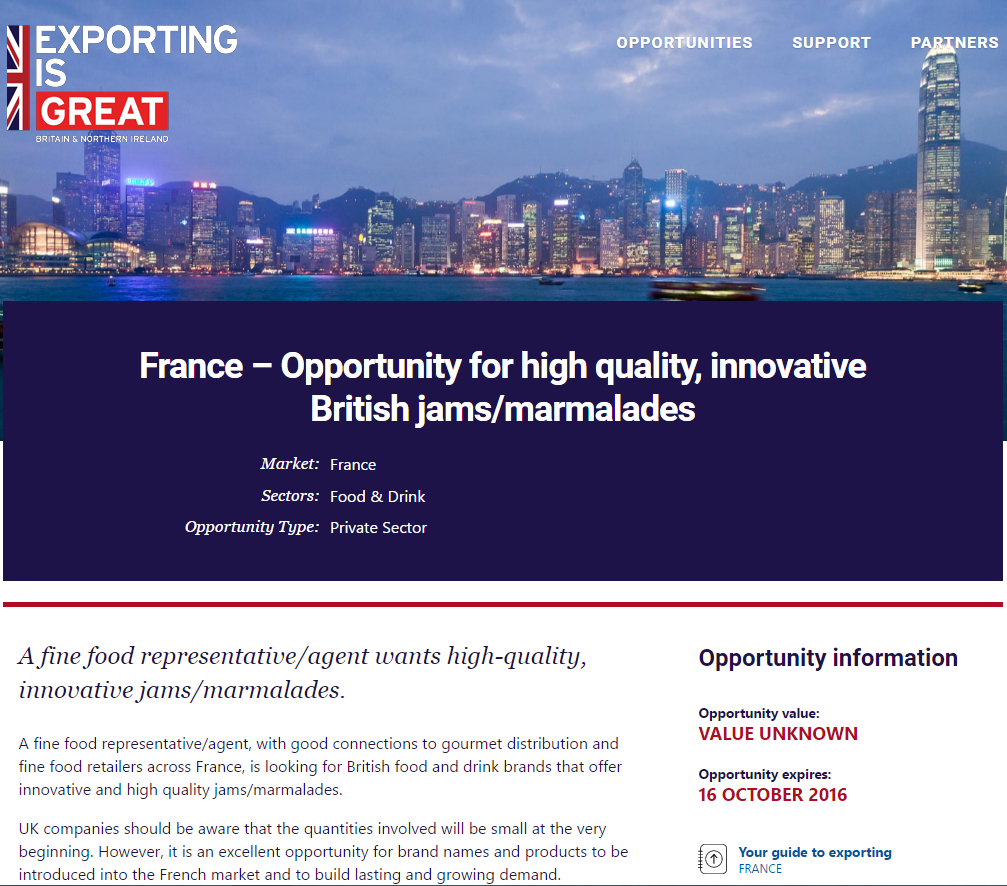 Meanwhile, there's been plenty of other comment:
Wee Ginger Dug: We're in a jam and the Tories know it | Comment | The National
.
.
.
Posted by Jeremy Woodward at 08:22