And quite a groovy project too:

Architecture studio dRMM created a visitor centre clad in salvaged wooden boards as part of its overhaul of a seaside pier in Hastings, England – one of six projects in the running for this year's Stirling Prize.
The architects were tasked with repairing the century-old pier after a devastating fire in 2010, which swept through the pavilion and destroyed the amusements, kiosks, shops and a bandstand that previously occupied the large deck. 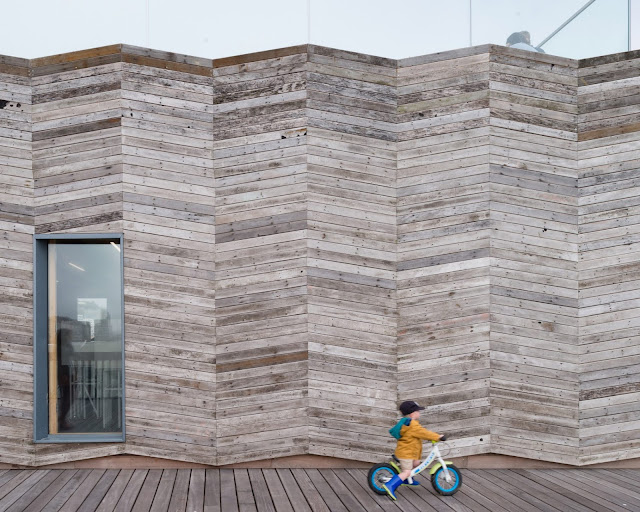 Rather than promoting the typical pier format – a deck covered with poorly constructed commercial booths – the architects proposed an open, multipurpose space incorporating a limited number of structures.
"[Our] conceptual basis for the re-design of the pier was not to create the predictable unnecessary hero building at the end, but instead providing open space to allow universal access," said dRMM, which is led by architects Alex de Rijke, Sadie Morgan and Philip Marsh.
"The focus was on creating a well-serviced, strong platform that could support a variety of events and uses from circuses to music events, fishing to markets," the architects added. "Different users can bring their own architecture to plug in."
The pier was first constructed in 1872, although the pavilion was built in 1922, as the original one was destroyed in an earlier fire, in 1917. The pier enjoyed great success in the 1930s, but had been neglected in recent decades, and was permanently closed in 2008.
London-based dRMM chose to focus its attention on transforming the pier into a space more suited to the 21st century, following a series of research trips, debates, workshops and events attended by locals of the Hastings and St Leonards area. 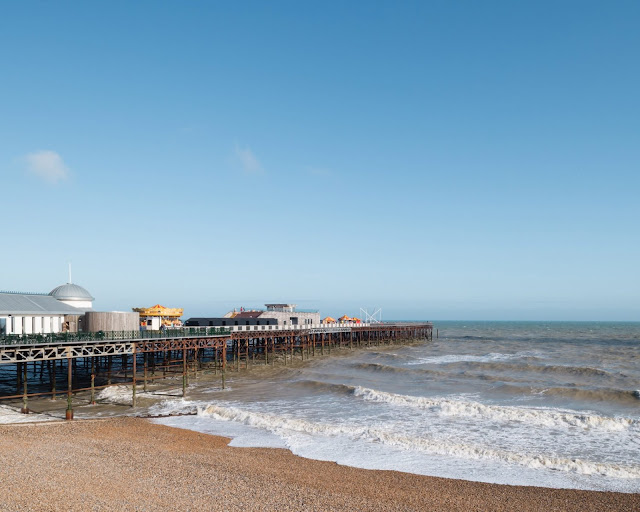 And this is how it happened:

Hastings Pier - take a stake in our future, a Community shares Crowdfunding Project in Hastings, East Sussex, United Kingdom on Crowdfunder
.
.
.
Posted by Jeremy Woodward at 15:50