Blue Planet II finale was a celebration of ocean conservation that resonated deeper than a reprimand: episode seven review 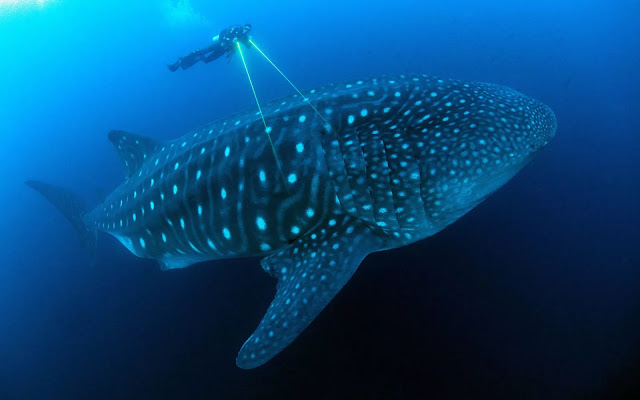 A whale shark (Rhincodon typus) featured in Blue Planet II CREDIT: BBC
Gerard O'Donovan 10 DECEMBER 2017 • 9:00PM
The most entrancing and revelatory television series of 2017 was never going to be an entirely guilt-free pleasure. Blue Planet II (BBC One) held millions of us in thrall each week with the incandescent beauty, variety and, often, previously unrealised intelligence of our ocean creatures. But there were constant hints at the degree to which humanity and our polluting ways are spoiling it.
Attenborough laid it out straight: “The oceans are under threat now as never before in human history,” he insisted.
It is a mark of his genius as a communicator that he left us with a message of hope and encouragement, rather than one of doom and despair. Nudging us towards positive action, rather than whacking us over the head with a cudgel of blame.
There were shocking moments. In particular those relating to the impact of the estimated eight million tons of plastic that we dump in the sea every year. Which not only ends up in the stomachs of albatross chicks in Antarctica but also breaks down into a toxic soup that pollutes marine life in every corner of the globe.
Yet the episode was primarily a celebration of conservation heroes and success stories – a practical demonstration of how the oceans can and will recover if only we would mend our ways. We saw how overfished herring stocks and orca numbers have recovered off Norway through strict management. How whale populations have increased globally since the Eighties hunting ban. 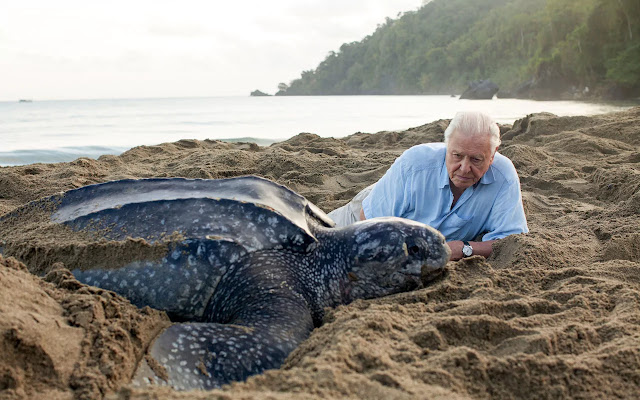 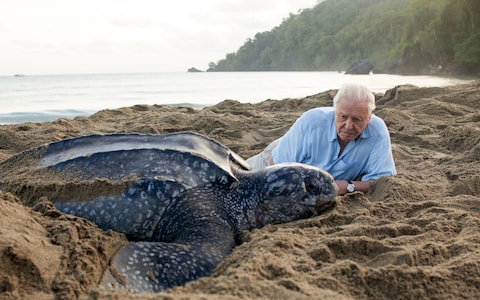 Attenborough with a leatherback turtle in Trinidad CREDIT: BBC

We learnt how, in Trinidad, giant leatherback turtles were saved from the brink of extinction through education and tourism; an exquisite Attenborough moment coming when this 91-year-old lay down in the sand alongside a nesting turtle to enable us to see how truly “giant” she was.

Ultimately, Attenborough’s own embodiment of enlightened humanity is the inspirational, and aspirational, image we were left with.

“Surely, we have a responsibility to care for our blue planet?” he prompted, in closing. A quiet call to action that resonated deeper than any reprimand.


Blue Planet II finale was a celebration of ocean conservation that resonated deeper than a reprimand: episode seven review

The Independent was more critical:

Attenborough-fronted BBC nature shows traditionally end with an episode on the environmental challenges facing the areas and the animals that have been covered that series and rightly so, with humanity's impact only getting more severe and yet the world in some cases taking steps backward in terms of tackling it (not least with President Trump's recent decision to pull out of the Paris climate accords).

And so tonight on Blue Planet II we were taught about the ugly and often unlikely ways in which the rapacious human being is ruining ecosystems with its excess. Albatross parents were seen unwittingly feeding their chicks plastic, mother dolphins were potentially exposing their new-born calves to pollutants through their contaminated milk, and the sheer noise of boats, ships and drilling rigs were found to be making it difficult for the marine animals who use sounds to communicate to even be heard.

Aware that an hour of utter bleakness probably won't have the desired effect on viewers, the episode focused instead on hope, reminding us that sperm whales were once saved from the brink of extinction thanks to the mutually agreed banning of commercial whaling and showing how one man convinced turtle poachers to become turtle conservationists.

And yet the episode fell a little flat. Planet Earth II's version of this episode still felt like Planet Earth in the way it was shot and as such was eerie and haunting, particularly that scene where hatchling turtles wandered confused into a bustling city, a dirty road being shot like a coral reef. This episode, however, relied too heavily on talking heads and felt more like an episode-length version of one of the 10-minute making-of sections that usually close episodes, to the point where it seemed more like a stock conservation documentary than a jaw-dropping Blue Planetinstalment.

Still, it's great that the show is dedicating so much time to highlighting the severe problems that may mean a Blue Planetseries won't even be possible one day. A call to action would have been nice though - 'Our Blue Planet' told viewers that they personally can make a difference with the issues featured, but never got round to explaining how.

Blue Planet II: What you can do to help save our oceans

From eating sustainably caught fish to cutting out single-use plastics, there is plenty we can do to look after ‘Our Blue Planet’ 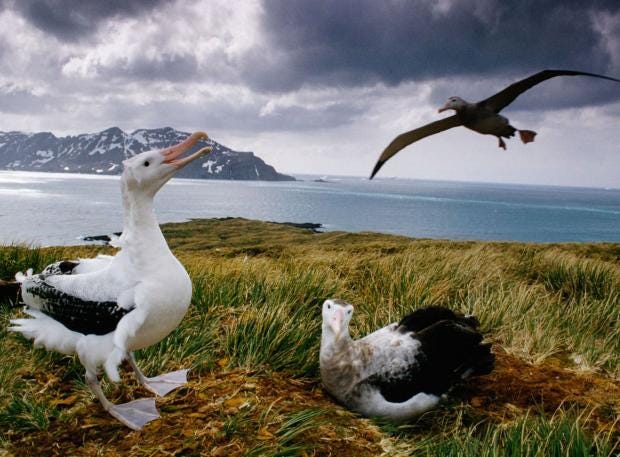 As Blue Planet II draws to a close, it has once again left viewers in awe of the marine world. The final episode of the series – “Our Blue Planet” – focuses on the terrible impact that human society is having on the world’s oceans, from coral bleaching to albatrosses feeding their chicks plastic.

But it also has a message of hope. Though many of the environmental problems seem insurmountable, we as individuals can take action to help save our blue planet.

“Blue Planet brought the marvels of the oceans to people’s living rooms. But it also showed clearly the risks which threaten them,” said Dr Lyndsey Dodds, head of marine policy at WWF.

Perhaps the issue that has touched viewers most is ocean plastic pollution, which is accumulating in vast quantities and being eaten by animals. This is an issue where people can take action and make a difference, according to Dr Dodds. In terms of lifestyle, the most obvious changes are avoiding single-use plastics and ensuring we recycle effectively.

At the other end of the scale, Dr Dodds emphasised the importance of lobbying the Government and businesses. This includes supporting the planned bottle deposit return scheme, and a possible tax on single-use plastic. Last year, a 40 per cent drop in plastic bags found on beaches was linked to the 5p charge on bags in supermarkets, suggesting this kind of action has real-world positive outcomes.

“Obviously it’s the Treasury that will make the decision on [the plastic tax] but the more the public can get behind things like that, the more acceptable they will be,” she said.

Such a tax was floated by Chancellor Philip Hammond in his recent Budget speech, in which he also alluded to the impact of Blue Planet II and announced he wanted the UK to become “a world leader in tackling the scourge of plastic”.

“I think that was probably about the most positively received thing in the Budget, so I think they recognise it is capturing the public interest,” said Dr Dodds.

Another key way in which people can change how they impact marine ecosystems is through their dietary choices.

“We are not powerless,” said Toby Middleton, UK programme director at the Marine Stewardship Council (MSC). “We can all play our part by choosing to eat sustainably caught seafood. We are really trying to get supermarkets and restaurants not to sell fish that we consider to be unsustainable, so people can make choices about the seafood they choose to eat, if they choose to eat it at all” agreed Richard Harrington, a marine biologist and head of communications at the Marine Conservation Society.

MSC provide labels to seafood products that they have verified as coming from sustainable fisheries. “You don’t need to be a marine biologist to choose sustainable fish,” said Mr Middleton. Looking for the MSC label when you’re shopping or eating out gives you the assurance that where your fish comes from has been independently certified as sustainable and is fully traceable,” he said.

The threats to marine ecosystems are multifarious, and one of the best ways to shield them from harm is to establish official marine protected areas. Human activities such as fishing and extraction of natural resources are restricted in these areas, allowing life there to flourish and even spill out into surrounding, non-protected regions.

“The UK has a wonderful array of marine life, and there aren’t all that many places where sea bed habitats and fisheries are well protected,” said Mr Harrington.

David Attenborough warns the ocean under biggest threat in history
‘Crab vs. eel’ is the new ‘iguana vs. snake’ in Blue Planet II
Blue Planet II accused of planting plastic ducks in sea for series

Environmentalists in the UK have pushed for the extension of the “Blue Belt”, a network of marine protected areas that will maximise the protection given to the nation’s marine ecosystems. “There has been a process to get marine protected areas around our shores, which is quite definitely being slowed down by other government matters such as Brexit,” said Mr Harrington.

Again, the more the public understands and cares about these issues the more they will move up the political agenda. Issues like climate change and ocean acidification seem so enormous that it’s difficult to see how we can have any real impact.

But the message coming from environmental groups and experts is the same as that espoused in Blue Planet II. “Businesses and governments need to act, but so do all of us,” said Dr Dodds. “The blue planet is something we can all enjoy, but we need to act now to make sure that some of the incredible wildlife seen in the show doesn’t become history.”

Blue Planet II: What you can do to help save our oceans | The Independent
.
.
.
Posted by Jeremy Woodward at 01:00