Brexit: and Britain's cities growing younger and its small towns growing older at a faster rate than at any other time in recent history

Germany is the country of thriving SMEs (Small-and-Medium-sized Enterprises), the famous Mittelstand:
Mittelstand - Wikipedia
The secret behind Germany’s thriving ‘Mittelstand’ businesses is all in the mindset - The Conversatoin
Secrets of growth: the power of Germany's Mittelstand - Telegraph (May 2017)
Germany's 'hidden champions' of the Mittelstand - BBC News (August 2017)

It is also the country of thriving small-and-medium-sized towns - for example: 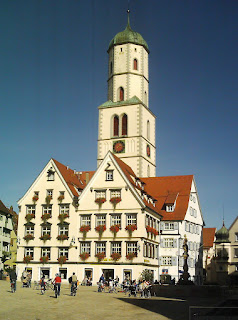 Biberach has a population of about 32,000, and is located in Upper Swabia between the river Danube and Lake Constance.

With a rather low unemployment rate of around 3.6% and place of business of companies like EnBW, Handtmann, Liebherr, KaVo Dental GmbH, and Boehringer Ingelheim, Biberach is a significant industrial location in the southwest of Germany.


The East Devon Watch blog has picked up a piece from the FT, noting how 'growth' isn't going to happen as envisaged by the Heart of the South West grouping:


Small towns left behind as exodus of youth to cities accelerates 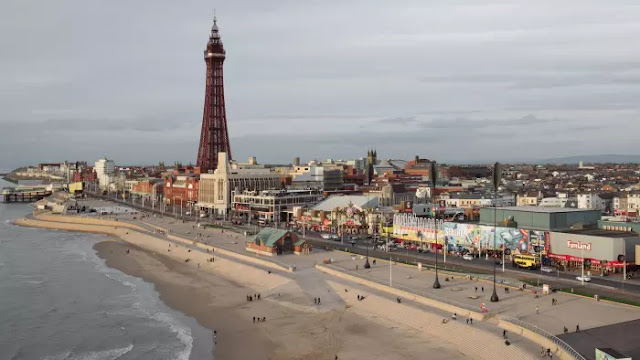 Young people are leaving stagnating coastal towns such as Blackpool

The emptying out of young people from Britain’s small towns has accelerated over the past two decades, as the gap widens between the country’s cities and university towns and everywhere else.
New research shows that, since 1981, Britain’s towns and villages have lost more than a million people aged under 25, while gaining more than 2m over-65s.
By contrast, main cities have seen net inflows of more than 300,000 under-25s and net outflows of 200,000 over-65s.

Centre for Towns, a new think-tank set up to draw attention to the plight of smaller communities, whose millions of residents are frequently ignored in policy debates, said the trend has accelerated sharply since the millenium.
In 1981, the proportion of over-65s was similar across communities of all sizes, ranging from a low of 23 over-65s for every 100 working-age residents to a high of 26.3 in villages.
By 2001, the signs of demographic sorting had begun to emerge, with an old-age ratio of 22.5 in large cities, and 29.1 in villages; in 2011, there were 35.6 over-65s for every 100 people of working age in Britain’s villages — double the figure of 19 in large cities.

The changing demographics of small towns have seen their labour markets become less dynamic, while a growing elderly population puts strains on health and social care.
The divide was evident in the voting for the 2016 EU referendum. Centre for Towns calculated what share of the vote went to Leave and Remain in different sizes and types of towns and cities, and a clear gradient runs through from the large cities, university towns and commuter towns which delivered the strongest Remain votes, to smaller towns — especially those still suffering from post-industrial decline, and stagnating coastal towns such as Blackpool.

New polling carried out by Centre for Towns also provides a quantitative measure of the quality of life being left behind. Britain’s town-dwellers feel more socially, economically and politically peripheral than those who live in cities, and are more pessimistic about whether their areas’ fortunes will be reversed soon.
Among town-dwellers, 69 per cent feel their towns are being left-behind, believing the area they live in is less central to British society than other areas. Similarly, 68 per cent believe politicians do not care about their town. In cities, the corresponding figures are much lower, at 56 and 54 per cent.

A similar gap is evident in perceptions of communities’ economic strength. Of town-dwellers, 53 per cent feel their area is less well-off than other parts of the country, compared to just 36 per cent in cities.

Small towns left behind as exodus of youth to cities accelerates

See also:
Futures Forum: Left behind: coastal communities on the fringe
.
.
.
Posted by Jeremy Woodward at 14:36