Knowle relocation project: PegasusLife appeal inquiry >>> "The existing main building (the former hotel) was of considerable local heritage interest, and could be restored into a building not marred by inappropriate alteration; be de-cluttered and retained for future generations, as fits the National Planning Policy Framework.”

This is a pretty full account of yesterday's proceedings: 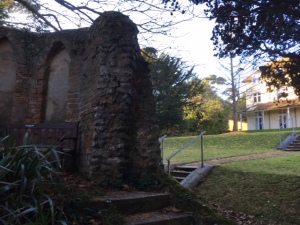 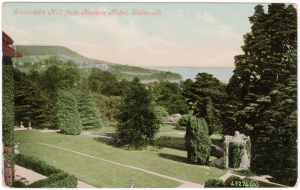 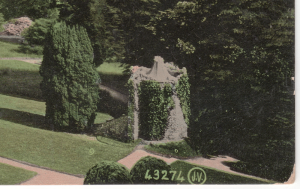 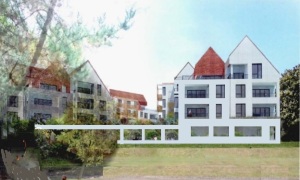 Yesterday morning the Inspector heard a thorough probing of the scale and massing of PegasusLife proposals for Knowle... major elements in EDDC’s refusal of the plans almost exactly one year ago (6 December, 2016), and apparently a common factor for refusal of the same developer’s plans in other locations*.

In the afternoon, there was careful consideration of the “special regard” that should be given to preservation of the summerhouse and its setting, a legal requirement for this Grade 2 listed building.
For EDDC, Ned Westaway pointed out that the sense of relationship of the summerhouse with the house and its terraces, had remained intact throughout its history. He emphasised the importance of its heritage value as the built structure that was “the clearest link back” to the flamboyant collector and connoisseur Thomas Leveridge Fish, who owned the house and gardens in their Victorian heyday.
Under cross-examination, the Heritage expert agreed it was, as it were, “an original Fish”! Mr Westaway argued that the space around the summerhouse has always been and remains an essential part of its setting, and that only glimpses (not views as claimed by the developer) would be seen from the proposed Orangery, as a huge yew tree is in the way. The interpretation board PegasusLife offers does not mitigate any possible harm resulting from the plans to building on the terraces close to the summerhouse, he said.
At this point, Edward Dolphin informed the Inspector that Sidmouth Arboretum already have plans underway to provide an information and interpretation board themselves, and there is £15,000 set aside for this.

Regarding the existing main building (the former hotel), the Inquiry was told by the PegasusLife ‘Heritage’ witness that it was of “considerable” local heritage interest, and “could be restored into a building not marred by inappropriate alteration”; be “de-cluttered” and “retained for future generations, as fits the National Planning Policy Framework (NPPF)”.
He was reminded, under cross-examination by Mr Westaway, that Building B was in fact to be retained not due to its flint stone wall of some Heritage value, but because of its large colony of bats.

The last hour of Thursday’s session was dedicated to consideration of whether the PegasusLife ‘special care complex’ proposals should be properly categorised as C2 or C3..still a controversial, fine-line distinction. It finished with an announcement by Simon Bird, QC, for PegasusLife, that an S106 agreement had just been signed.

The Inquiry continues today, from 9.30a.m.

Other examples believed to be:

Wilmslow: refused: “too large, too high, no affordables”.

Knowle Appeal Inquiry considers massing, scale, and “an original Fish” | Save Our Sidmouth


Thank you to the contributor who kindly sent in this personal view (copied below) of yesterday morning’s proceedings. It expands our blogpost earlier today https://saveoursidmouth.com/2017/12/01/knowle-appeal-inquiry-considers-massing-scale-and-an-original-fish/

Prof Robert Tavernor (design) claimed that:-
1. the plans draw on the town’s Regency architecture and local building materials
2.the design breaks up the existing single block with variously aligned buildings with glimpses through
3. buildings A and F enhance Knowle Drive by fronting the road rather than the back views of the existing buildings
4. the position of E is only 9.5 metres further forward than existing
5. building D is only 1.5 metres higher than the existing building but appears bigger as it is further forward
6. the photomontages presented were not produced to a recognised methodology and should not be relied on
On cross examination he:
7. disputed the dell buildings as being 5 storeys as they were affected by the topography
8. cited other buildings in Sidmouth such as St John’s School, Powys and flats in Knowle Drive itself as being several storeys high
9. seemed to agree that no quantum study of the 9,700 sq metre plan had been undertaken (later Mr Shillito stated the architects had undertaken this)
10. agreed that D would overlook the approach from the park with its large windows and roof terrace

Mr Simon Roper-Pressdee (heritage)
The majority of the time was in looking at maps, pictures and a photograph to ascertain the dates of the buildings, the terraces and the summerhouse.
He considered the new buildings would enhance the setting of the summerhouse.

The Inquiry continues today, at 9.30 a.m. The time and route of the Inspector’s site visits will be announced during the day. We understand that any interested parties can participate.

Well done, Ed Dolphin and the rest for some well presented and thoughtful submissions to the Inquiry.

Unfortunately, PegasusLife have brought in a strong team of experts to support the appeal. The flow of traffic in and out of the site was touched upon, but even that has been countered by the “less traffic at peak times” comment. I personally think that the amount of traffic over a 7-day period to service the 113 dwellings will actually be greater than what is currently being experienced; and I would suggest that there needs to be a major alteration to the shape and size of that section of Station Road running beside the Knowle before any development goes ahead.

One of the things I’m concerned about is the pressure this development will have on other infrastructure. But, thanks to the incompetence of the EDDC, this will not be a subject for the Inquiry. The effect of an additional 113 toilets flushing waste into an already beleaguered sewage system will be enormous. There is past evidence that human effluent has appeared in the surface water gullies within the vicinity of Cotmaton Road – a definite public health concern; and how will these gullies cope with the extra surface water that a development on this scale will produce? A couple of thunderstorms in quick succession, or prolonged periods of rain, will cause the inadequate gullies to overflow; and the inevitable flooding will undoubtedly threaten residences below the Cotmaton Road line and eventually businesses in the centre of town.