The Truth about Vegans @ Channel 4 Dispaches

This month you can try going vegan:
Futures Forum: Veganuary

Last night Channel 4 looked at the activism behind the vegan movement:

Dispatches investigates the rising popularity of veganism. It's better for your health, the environment and animals but why do some activists resort to such extreme tactics to promote it?

The Truth About Vegans: Channel 4 Dispatches 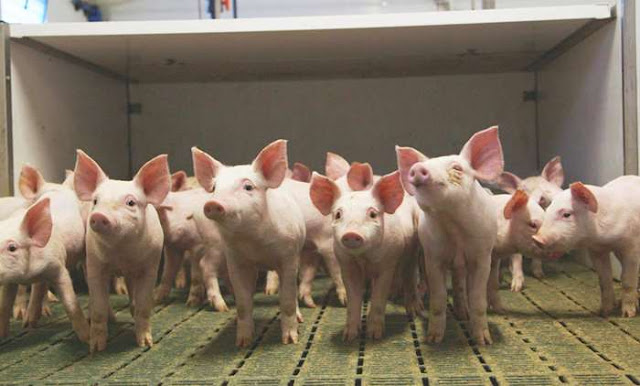 Roll out the beetroot burgers. While some of us are in the mood for making resolutions, the oddly named Veganuary campaign would like us to try out a plant-based diet for a month. We’ll be healthier, the argument goes, and the planet will be better off too.

Dispatches reporter Morland Sanders here puts some of the claims to the test, as veganism becomes increasingly mainstream, with vegan menus in high street chains and vegan festivals booming. He meets some concerned farmers, looks into some of the more extreme tactics used to promote the diet, and explores one key idea underpinning veganism, that ‘speciesism’ denies animals the rights they deserve.

The Truth About Vegans: Channel 4 Dispatches - what time is it on TV? Cast list and preview.

And here's a review of last night's programme:

The Truth about Vegans: a timely and thought-provoking look at vegan activism

This film proved that a moderate, not extreme, approach is most persuasive when appealing to others to eat less meat

At a time of year when many of us consider our diet (and the “Veganuary” campaign returns) the Dispatches team attempted to uncover The Truth about Vegans. An ambitious undertaking for a topic and group so broad, particularly with only 35 minutes to play with. Yet this – in which reporter Morland Sanders considered turning vegan and spoke to activists and farmers – felt like a timely and interesting addition in the ever-pressing debate about animal welfare.

Veganism has never been more trendy (or, some would argue, necessary), and this encouraged us to consider the ideological plight of its most extreme crusaders, and the impact that widespread veganism could have on farming and agriculture.

A group of vegans hold a vigil for nine turkeys from St Werburghs farm, Bristol which were killed for Christmas diners. December 10 2018. The farm had previously cancelled a planned charitable turkey auction after coming under pressure from vegan activists

Activists did not come off well: blogger Cath Kendall’s ludicrous claim that she would find it “equally as heartbreaking” to see someone eat a baby as a lamb chop debased her arguments entirely. Victimised farmers, false claims about supermarkets succumbing to campaign pressure, and footage of anti-Semitic protests were shocking to witness.

Obviously, the arguments of moderate vegans were far more persuasive and the fact is by now, most of us know we ought to adopt a more plant-based diet. Ethically, environmentally, the merits of not eating meat are impossible to ignore – as are its benefits on our health. And it is, as Sanders found, easier than ever to assume if not all, then some aspects of a vegan lifestyle. As this film – thought-provoking but too short to do the topic real justice – proved, farmers receiving death threats will convince nobody of anything other than the barbarism and hypocrisy in some activist communities.

The Truth about Vegans: a timely and thought-provoking look at vegan activism - i news

The Vegan Viva group responds:
The Truth About Dispatches - YouTube
.
.
.
Posted by Jeremy Woodward at 08:21