A garden bridge for Exeter


Astragal: Garden Bridge has died and gone to Devon 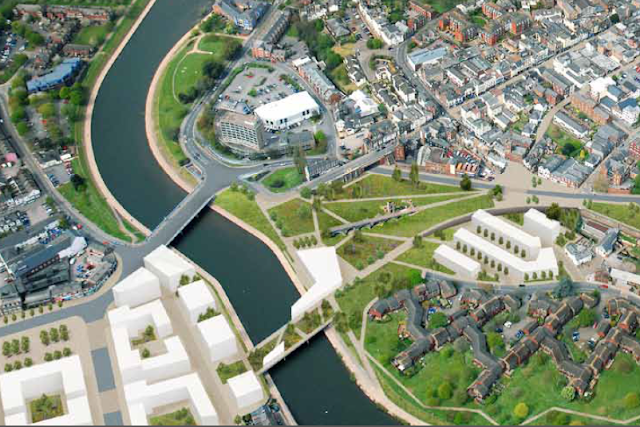 It looks as though London’s ill-fated Garden Bridge has sunk so far, it has washed up all the way round the English Channel and up the River Exe in Devon

The proposed crossing is part of a concerted effort to create the UK’s most active city by promoting attractive cycle and walking routes.

Details are sketchy at this stage, with plans at a very early stage and a target implementation period spanning two decades from 2020.

Rumours Joanna Lumley has been spotted on the Devon seafront are as yet unsubstantiated.