Brexit: and smuggling on the Devon coast

Oh, for the long-lost days of smuggling!
Futures Forum: Brexit: or, an ode to the hard border

Perhaps there is a certain nostalgia for the good times here in Devon:
Smuggling on the south coast of Devon

Here's a look at post-Brexit Devon, though: 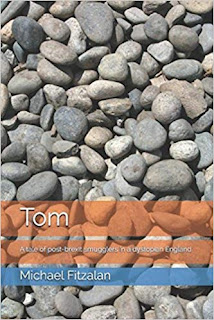 2029 - the eve of the centenary for the Wall Street Crash.

This is Post-Brexit Britain; smugglers have annexed a part of Cornwall and Devon.

Mr Lawless has taken over and runs a banana republic answerable to no one and grudgingly tolerated by the UK government. Aubrey East is tasked with dealing with Mr Lawless. He tries to make friends but ends up swimming with Lawless’s glamorous Maserati driving secretary and Lawless’s teenage son, Freddie. When Freddie drowns, he is accused of murdering him. Desperately, Aubrey tries to clear his name while everyone he turns to betray him. Can Aubrey clear his name and convince Lawless he is innocent before Lawless's bodyguards exact a terrible revenge?

The Telegraph warned that things might get a bit tricky back in 2015:

By Colin Freeman
8:15PM GMT 12 Dec 2015
With centuries of smuggling history behind them, the folk of south Devon have long romanticised their tradition of landing contraband on beaches in the dead of night.
But despite a plethora of pubs named the Smugglers' Arms, the latest cargo to be trafficked through the coastline's secluded coves is unlikely to get a mention in local tourist guidebooks. 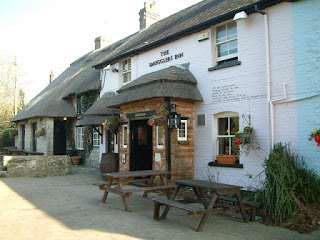 400 years after the county was plagued by pirates snatching locals for ransom, the trade is now in reverse as gangs of people smugglers use its shores to ferry in illegal migrants from France.
The extent of the cross-Channel trade was exposed was last week when a group of fishermen based around Paimpol, a picturesque cod port in Brittany, were jailed for shipping migrants across to Devon. The men, who allegedly worked with a gang of Albanian smugglers, were said to have brought in more than 120 migrants in speedboats and yachts, dropping them off at remote spots between Plymouth in Devon and Weymouth in Dorset.
But while Devon's smugglers of old used to bribe local Customs officials to turn a blind eye, their modern day counterparts exploit a rather different gap in Britain's coastal defences.
For these days, immigration officials complain, there is barely anyone keeping watch in the first place. Despite rising concern about the influx of migrants into Britain, the UK Border Force has only two Cutters allocated to patrolling the Channel. 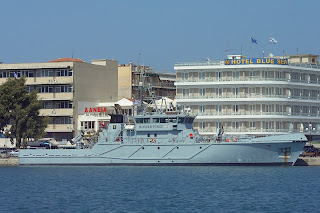 Indeed, there are only five for Britain's entire coastline, and as the Telegraph reported earlier this year, that force was reduced to just one during the summer, when two cutters were out of action, and the other two were deployed to help with the people smuggling crisis in the Mediterranean.
"It is not so much a question of overwhelming our defences, more that we don't really have any in the first place," said Lucy Moreton, general secretary of the Immigration Services Union, which represents UK Border Force staff. "We have only two cutters patrolling the Channel, and that alone is a lot of sea. As a trade union representative, I don't like to go on all the time about how we need more staff, but it's true in this case."
The prosecutions in Brittany followed a lengthy undercover operation by French police, who began their investigation after 14 Albanians without British visas were stopped on a yacht that had set out from Cherbourg in 2013.
It appears to confirm fears that traffickers based in Calais have started developing alternatives to their more-established routes to Dover and Folkestone, which are now more heavily policed. Paimpol is 400 miles west of Calais, but lies only 100 miles south of Devon, where a coastline of inlets connected to remote country roads offers easy transit points for smugglers.
The use of private boats - as opposed to smuggling migrants in on lorries using cross-Channel ferries - is also a new tactic, and appears to be aimed at wealthier migrants with more money to spend. Quite how often it is happening is a mystery. The Home Office has twice declined this year to give the Telegraph any figures on how many private boats its believes are engaged in cross-Channel people smuggling, although Ms Morton suspects the lack of candour may be because "we really don't know how big a problem this is”.
Either way, though, harbour masters along south-west England’s coastline have been warned to be vigilant. So to have volunteers with the National Coastwatch Institution - set up in 1994 after the closure of many HM Coast Guard observation stations. 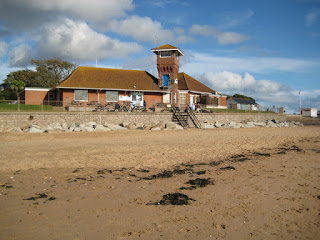 "While I haven't seen any suspicious activity myself, the police and immigration service do ask us to be alert to it," said Grahame Forshaw, Harbour Master at Lyme Regis in Dorset. "The situation is regrettable - we have a very exposed coastline and it is just not policed at all."

Tell-tale signs include vessels that look overloaded, or abandoned dinghies and inflatables that are used for the final journey between the boat's anchoring spot and the shore. It is thought that most migrants are then picked up by car and taken to London, as an asylum claim at the nearest coastal police station would give the smugglers' routes away.

The trade is a mirror image of a similar one that plagued Devon in the 1600s, when Barbary pirates prowled the coastline looking for hostages to take back to the slave markets of North Africa. Today many of the migrants trying to cross into Britain from France come the opposite way, taking boats across the Mediterranean from lawless Libya.

The UK Border Force told the Telegraph that it relied mainly on an "intelligence-led" approach to the problem, with officials trying to hunt them down trafficking gangs pro-actively rather than simply trying to catch them in the act.

However, the case in Paimpol was the result of an under-cover operation led by French officials rather than British ones. And Ms Moreton warned that with more migrants than ever now seeking to cross into Britain, smugglers could start using private boats much more than before, potentially overwhelming the authorities by sheer force of numbers.

"This is a significant vulnerability, and there is a risk that people smugglers will catch onto it more as word among those wanting to cross the Channel spreads by mobile phone or social media."

James Brokenshire, the immigration minister, said: "Security at the border is our priority and Border Force vessels are deployed to intercept any suspicious small craft travelling to the UK. Border Force officers use hi-tech search equipment to combat immigration crime and detect banned and restricted goods that smugglers attempt to bring into the country."