Climate change: denialism in a country on the brink of ecological collapse.

It seems to be a particular attitude in the 'Anglo-Saxon' world which provides the context for the climate change debate:
Futures Forum: "Climate science has been dragged into the American-style culture wars that are turning British intellectual life into a battlefield."

As the Daily Mail reported recently, this can be quite revealing:
People who don't believe climate change is real are more likely to hold racist beliefs, study finds  | Daily Mail Online

In Australia, those attitudes are having knock-on effects on how realities on the ground are dealt with:
Futures Forum: Tasmania is burning: "It's extremely inconvenient for any government that does not have a cogent answer for what they’ll do about climate change, to see the effects of climate change putting more and more people and homes at risk."

The latest Baffler magazine takes a hard look at these attitudes and what's happening on the ground:

Under the Australian Sun

Is this the way heat’s supposed to be? 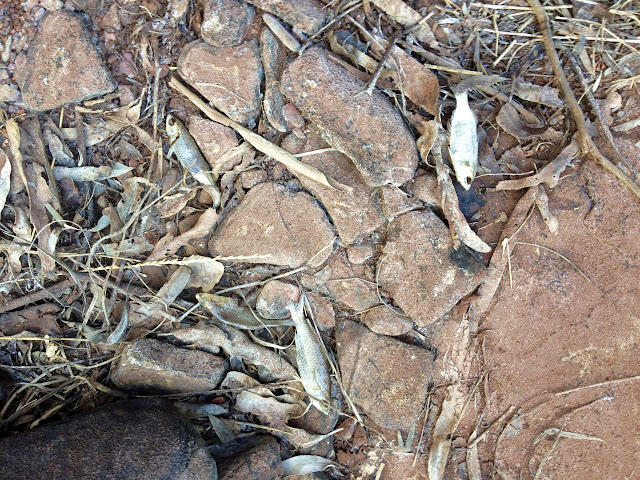 DID I WANT TO TAKE a selfie of my fluorescent dye-stained cornea while the doctor, under a junkie-repellent blue light, poked around its edges with a tiny disinfected exploratory paddle in search of the foreign object that had kept me up through the marshy night, sending tears that were sometimes magmatic, sometimes thin and exhausted, rolling from the half-open lids of my agitated right eye? To be honest, this wasn’t a question I had prepared for on the short, bleary walk up to the medical center. But now that I found myself lying on the examination bed with fluorescein flooding my face, the answer was not hard to reach: yes, yes I did want to take a selfie. We were only two weeks into the latest Australian heat wave and my exhibitionist instincts were still sharp. What is suffering for, if not to be shared on social media? I snapped a couple of quick pics then let the doctor get on with things. After more prodding and peering, she delivered the verdict: I had a corneal abrasion.
The day before, I’d gone to the beach, trekking across inner Sydney to Nielsen Park, a placid bay in the far eastern reaches of the harbor that’s blessedly free of the wankers who crowd the city’s bigger, more famous beaches like Bondi and Manly. Even with sunglasses and cap on to shield my face from the whipping wind, grains of sand had jammed into my eyes, leading to a night of weeping discomfort. “But,” the doctor concluded, “the sand is out of your eye now.” All I had to do was spend the rest of the day indoors, in the dark, with my eyes closed, and I’d be all right. As I walked home from the medical center, comforted by diagnosis even as my scratched cornea’s tears mixed into the dye left over from the examination, the whole episode began to take on the allure of a charming summer misadventure. But the punishment was just beginning.
I’ve lived in New York for more than a decade but I go back to my native Sydney once a year, usually around January, when it’s the middle of summer here. Australians take a perverse pride in the harshness of the country’s climate: among the first things I learned as a schoolkid was that Australia is “the oldest and driest continent on earth,” and only occasionally did teachers bother to add the qualification, “after Antarctica.” And it’s true: the Australian environment is merciless. Under the American sun you feel warmed. Under the Australian sun you feel examined. You feel found out, as if the sun is poring over your body in search of any pocket of skin left untorched by its ultraviolet light.
But life on the coast, where most Australians huddle, bears little resemblance to the realities of subsistence in the country’s cooked interior. Out here, on the edge of the pancake, life is almost offensively good: the beach is usually close by, the teeming flora—eucalypts and strangler fig trees and frangipanis and palms—offer a grand, near-continuous canopy of protection against the sun, and there’s always a cooling sea breeze from the south to break the heat. When I’m here, I stay with my parents in their house off Enmore Road, which is something like Sydney’s version of Franklin Avenue in Brooklyn’s Crown Heights. From the window in my room I can see the melaleuca tree growing in the backyard, along with my parents’ collection of flowering natives and herbs. The scene is shaded, idyllic, airy, serene: it exhibits, in other words, none of the qualities those not from here normally associate with Australia. But that’s Sydney: a city so lush, so fragrant, so immovably pleasant that it recently endured the nuclear calamity of a visit by Bari Weiss and emerged unscathed. Weiss described Australians as a relaxed and friendly bunch, whereas in fact we are mostly standoffish, unadventurous, early-to-bed bores. Weiss claimed Australia has no culture wars; with racist cartoonists still at work in the pages of its major newspapers, the country is a culture war. Lesser cities would have collapsed under this Weiss-sized assault of misinformation. But Sydney sailed on, unperturbed.
This summer had shaped up to be a summer like any other: hot, glaring days, cool, mineral nights. But as the daytime heat persisted, the nighttime cool failed to come through. By the first weeks of January, Sydney, usually bright and brushed clean by the coastal breeze every morning, took on the unrelenting film familiar to me from summers in New York: the stickiness, the grime, the sunken look in the eyes of commuters unable to sleep. Close to my parents’ house there’s a railway overpass from which pigeons like to shit on the sidewalk below. Usually the rain washes everything away but by mid-January, with skies still cloudless, the pigeon shit had become so voluminous it clumped into small mounds, swarmed over by aggressive biting flies. Temperatures across the country soared past forty degrees Celsius—104 degrees Fahrenheit—for days on end. While North America braced for the polar vortex, Australia was nearing the end of what would eventually become its hottest month ever.
....