"Climate science has been dragged into the American-style culture wars that are turning British intellectual life into a battlefield."

It's very much a matter of political perspective when it comes to how you see 'climate change':
Futures Forum: The continuing politicisation of the climate change debate

This seems to be particularly the case in the English-speaking world: 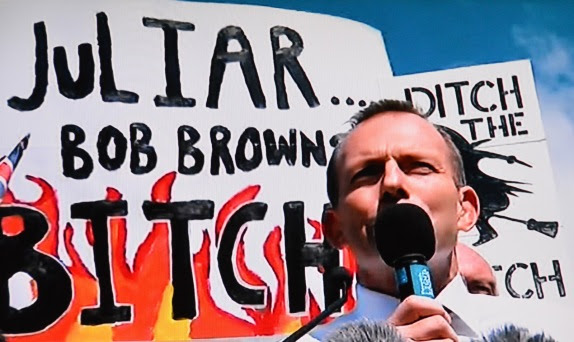 A 'left-libertarian' view would say that big government is the problem:

Climate change is not something for the government to combat by prohibiting or taxing various activities that contribute to CO2 emissions. Just the contrary: The best way to combat anthropogenic global warming is for government to stop doing stuff like actively subsidizing or mandating sprawl, subsidizing long-distance shipping and transportation, and subsidizing energy consumption.

Center for a Stateless Society » Climate Change and Corporate Welfare

A 'right-libertarian' view would agree, but in a different way:

Climate Change Is Stuck in the Culture War

Former presidential candidate Jon Huntsman criticized Republican leaders this week for being cowed by the Tea Party into disavowing climate change. What's more interesting, and more pressing for the rest of us, is the question he didn't answer: Why are Tea Party supporters, who still hold sway over the Republican Party, so insistent that climate change is a hoax?

The answer isn't as obvious as it might seem. As Harvard University's Theda Skocpol and Vanessa Williamson detailed in their 2012 book, "The Tea Party and the Remaking of Republican Conservatism," most members of the movement are smart and engaged, with "relatively high levels of education and overall savvy about the political process." These aren't foolish people.

That's what makes the ardency of Tea Partiers' views on climate so striking. According to polling last year by the Pew Research Center, 66 percent of Democrats and 43 percent of independents said human activity is making the planet warmer. For Republicans, the figure was 24 percent. For Tea Party supporters, it was 9 percent; 70 percent rejected the very premise that the earth is getting hotter.

Outside of religious belief in creationism, it's hard to think of another area where a position that's directly refuted by science remains so widely held. What explains why an intelligent group of people would reject a scientific consensus?

I put that question to Williamson, who said part of the answer, as you might expect, is business groups in the petro-chemical industry with a financial interest in preventing environmental regulations. Those groups have an incentive to challenge the science of climate change, and the influence to transmit that view through conservative media.

But that's not all of it; simply blaming Fox News and talk radio is a lazy explanation for anything, climate denial included. Williamson attributed the receptiveness of Tea Party supporters to two widespread views: First, the coastal elite looks down on people in Middle America; second, the government wants to exert ever-more control, and will use any pretext to do it.

"There's a general perception that the government wants to expand its power," Williamson told me. "That discussion felt sincere to me."

That sincere fear, Williamson said, has convinced Tea Party supporters that the coastal elites (a group that includes scientists) is manufacturing evidence around climate change. The aim, in their view, is to undo the American way of life -- big cars, big homes, suburban sprawl -- and make the heartland look more like the coasts.

If that sounds like an exaggeration, consider the concerns Williamson recounted hearing repeatedly: That the United Nations was plotting a global conspiracy or that people would be "rounded up and put into camps." She recalled a Tea Party meeting in Reading, Massachusetts, where people worried the government was trying to take control of their thermostats and talked about using hair dryers to fool government monitors.

That worldview is what makes Tea Party supporters so receptive to the message from conservative media that the science of climate change is bogus, Williamson said. "That constant influx of very wrong information is very toxic."

The takeaway is that releasing yet more reports showing climate change is real won't change Tea Partiers' minds. The better strategy may be waiting for the movement's hold over Republicans to loosen, as a Gallup poll this week showed is already happening.

But even as the Tea Party fades, conservative think-tanks and media outlets will continue to peddle their myths about climate change. The question is whether Republicans take up the challenge Huntsman described, to move the party "to a place where science drives our thinking and actions." They've got a long way to go.


Climate Change Is Stuck in the Culture War - Bloomberg View

These points have been made for some time now:

The public debate around climate change is no longer about science — it’s about values, culture, and ideology.
By Andrew J. Hoffman | 32 | Fall 2012

Climate change has become enmeshed in the so-called culture wars. Acceptance of the scientific consensus is now seen as an alignment with liberal views consistent with other “cultural” issues that divide the country (abortion, gun control, health care, and evolution).

This partisan divide on climate change was not the case in the 1990s. It is a recent phenomenon, following in the wake of the 1997 Kyoto Treaty that threatened the material interests of powerful economic and political interests, particularly members of the fossil fuel industry.

The great danger of a protracted partisan divide is that the debate will take the form of what I call a “logic schism,” a breakdown in debate in which opposing sides are talking about completely different cultural issues.

The Telegraph in the UK picked up these debates recently:

Climate change: the science is not settled. It's all over the place as greedy opportunists scramble for cash

The Day after Tomorrow: a warmist prophecy that isn't coming true

Until now I’ve never written about global warming. That’s because I’m a coward. I don’t want “climate experts” sneering at me because I dare venture an opinion without knowing as much as they do.

I’m talking about climate sceptics, by the way. It’s their orthodoxy I’ve been too gutless to challenge. I still sometimes move in conservative circles in which it’s taken as read that climate scientists are lying crooks. If I question these sceptics, I will immediately become a “libtard” – part of the EUSSR/Bilderberg/MSM axis. At the very least, Right-wing friends will snub me at parties (as opposed to me snubbing them, which is what I prefer).

Meanwhile, over in the “warmist” camp, there’s no shortage of blind intolerance. Let me draw your attention to a story in today’s Telegraph. Prof Lennart Bengtsson of Reading University says he fears for his “health and safety” after he undermined the alarming predictions issued by the UN’s panel on climate change (IPCC). He’s frightened of the alarmist hardliners among his colleagues: that is, members of the “science is settled” school of thought. These are the people who – back in the heady days of Al Gore’s An Inconvenient Truth – invented the label “denier” to imply that questioning global warming was on a par with rejecting evolution (a “theory” supported by so much data that the science really is settled) or even denying the Holocaust.

Climate science has been dragged into the American-style culture wars that are turning British intellectual life into a battlefield. It’s not an edifying spectacle. Warmist scientists have been caught tinkering with statistics in order to close gaps in their theory (it was thanks to a Telegraph blog post by James Delingpole that the “Climategate” scandal exploded). They just can’t bear to provide their critics with ammunition. Meanwhile, the more voluble deniers suck up to rich American fruitloops who think cavemen had pet dinosaurs – because the earth is only 6,000 years old – and reckon President Obama is a Kenyan-born Antichrist.

The worst thing about this warfare is that it obscures the really inconvenient truth – that we simply don’t know how serious a problem anthropogenic global warming (AGW) is going to be. In the second decade of the 21st century, the science, far from being settled, is all over the place.

For example, professional climate researchers need revise only one or two estimates for their whole predictive model to fall apart. Unsurprisingly, they’re not anxious to advertise this problem. Nor are they keen to explain why global temperatures aren’t rising at the moment.

That’s a clear victory for the deniers, you might say. Not so fast. More and more sceptics grudgingly agree that AGW is fact, not fiction. It’s happened in the past and may do so again. One formerly prominent sceptic, Prof Richard Muller from UC Berkeley, while still rejecting “alarmist claims”, now believes that carbon dioxide will slowly push up the earth’s temperature.

In other words, if you strip out the rhetoric, there’s room for a convergence of views. The vaudeville ferocity and sarcasm of the climate wars have kept us angry and entertained, but now we need to talk to each other. From here on in, surely the argument should be led by open-minded sceptics such as Nigel Lawson and open-minded climate scientists such as Bengtsson and Muller.

But I’m not holding my breath. Nothing sells books or attracts grant money like the message that we’re doomed by a conspiracy. The last thing the opportunistic deniers and warmists want to do is demolish the fence that separates them. Not while there’s so much cash floating around.

Climate change: the science is not settled. It's all over the place as greedy opportunists scramble for cash – Telegraph Blogs

See also:
Futures Forum: Climate Change: "It appears the more carbon we emit, the less we want to believe we’re contributing to the problem."
Futures Forum: The impacts of climate change are “severe, pervasive and irreversible” says the latest assessment from the IPCC.
.
.
.
Posted by Jeremy Woodward at 08:58