Following suggestions that things might be looking up in the likes of Sidmouth:
Futures Forum: Is the economy picking up in Sidmouth?
... it is possible that the economy is bouncing back in East Devon - but in the vital tourism trade - and not in the business of 'pouring concrete' everywhere:
Ed Vaizey attacks fellow minister Nick Boles on planning reform | Mail Online
Minister friend of Cameron attacks Boles (but only in words!) | East Devon Alliance

But you need a dynamic and vibrant tourism sector to take advantage of it. Let us not forget that jobs are not all in sheds, the countryside is an economic asset and people will always need somewhere to stay.

Here's the story in full:

Malmshead bridge and ford across the East Lyn River, one of the picturesque places on the Coleridge Way extention which travels from Porlock to Lynton

The South West is set to benefit from a big rise in the number of people "staycationing" – holidaying in your own country – but the challenge is to get foreign visitors to leave London.

A major survey by Barclays Travel, to coincide with the travel industry conference the firm is sponsoring this week, predicted that while London and the south east would feel the benefit of a massive rise in domestic tourists, the South West would not be far behind.

The survey showed that predicted spending in the West Country by domestic tourists will jump by almost £3 billion in the next few years. Staycationers spent £10.5 billion last year in the West, and by 2017, the Barclays survey predicts that will rise to £13.2billion – a rise of more than 12 per cent. Only London and the south east will see a bigger rise.

Barclays said the hospitality and leisure sectors will benefit most from the trend towards staycationing, with spending in pubs and restaurants by domestic tourists forecast to rise by 26 per cent to £37billion as more people dine out.

Mike Saul, head of hospitality and leisure at Barclays, said: "The economy is improving and confidence is certainly growing, and while this will lead to a gradual rise in the number of consumers looking to holiday abroad again, it is unlikely to precipitate a return to the holidaying habits we were seeing prior to the downturn."

He went on: "With domestic tourism set to be big business for the UK's hospitality and retail sectors, those with a clearly targeted strategy are set to benefit."

Meanwhile, the boss of the English tourism industry – Visit England's chief executive James Berresford – said the challenge for tourism chiefs in regions was to attract foreign visitors out of London.

Indeed, it seems the West Country should be embracing the tourist:

Tourism is the lifeblood of the Devon and Cornwall economy but they rely principally on domestic business. Yet the latest Office for National Statistics figures show how the region is increasingly popular with foreigners.

Similarly, the former East Devon Business Forum did not have a high regard for this either:
The old EDBF’s vision of tourism | Sidmouth Independent News
Tourism in East Devon: Graham Brown’s LDF Panel and the Caravan Parks. | Sidmouth Independent News
Surveying work is underway on the site of a "multimillion" pound Exmouth business park, which it is hoped will boost local economic growth and create up to 300 jobs. | West Briton

For that matter, how exactly does central government consider the tourist industry?
No prospect of tourism tax break for West businesses | Exeter Express and Echo

Rather, central govt seems to think that the 'building' boom will pick up the economy:
New homes build Britain's recovery - Press releases - GOV.UK
... which brings us back to Ed Vaizey questioning the direction of government policy: 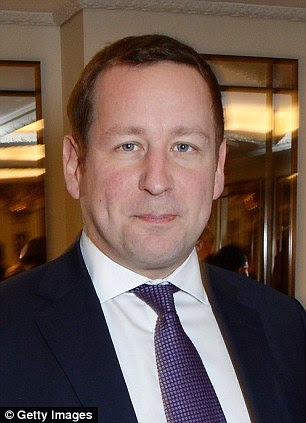