Sidmouth Recycling Centre has been named as one of the top four facilities of its kind in the country.

The site was a runner-up in the Civic Amenity Site of the Year category at the Awards for Excellence in Recycling and Waste Management, organised by letsrecycle.com.

The centre opened in December 2013 and is expected to receive about 5,000 tonnes of household waste a year.

Operated by SITA UK on behalf of Devon County Council, it will recycle around 80 per cent of all the waste brought in.

The awards, now in their eleventh year, are renowned for showcasing innovation, dedication and success in recycling and sustainable waste management and were marked by an event at the Landmark Hotel in London on May 1.

This year the awards ceremony was hosted by ITV news presenter and journalist Julie Etchingham.

Devon’s Cabinet Member for Environment and Community, Councillor Roger Croad, said: “To be one of just four finalists in the whole of the UK is a great achievement we are delighted to be recognised in this way.

“The Sidmouth recycling centre combines excellent recycling facilities with high levels of  of customer service and is proving to be a model of good waste management.”

Local member for Sidmouth Sidford, Stuart Hughes, said: “The Sidmouth recycling centre has proved a great asset for this part of East Devon. Its modern design with plenty of room for circulating and parking, the range of waste it takes and its helpful staff are a real boost for recycling. It’s really good to see that it has now national recognition and I’m sure that this award will be one of many.”

To be considered for the award, the Sidmouth Centre had to demonstrate increased levels of recycling as well as providing an enhanced service to users. Other factors included the design of the facility which includes solar hot water provision and rain water harvesting for flushing the site toilets.

In addition, Devon County Council received numerous compliments from the public regarding the facility and the professional site staff.

Nevertheless, there have been concerns expressed that the site "still needs some considerable tweaking".

These are some comments collected by correspondents:


> There is a single lane only approach to the bins and skips: "The hairpin single lane needed to have been 2 lanes to allow exiting traffic to pass queuing traffic (for the lower level skips)."

> "There are 3 garden waste skips but not  many can see the third from the  bend and there is  nobody giving directions at busy times."
> The main problem and frustration for many is that after dropping waste on the top level only people have to queue on the hairpin to leave the site, further congesting the on site traffic.

> "Such are the council weekly and  biweekly collections that many have to recycle their cardboard and plastics (as it will not all fit into the general house hold waste). Therefore many take there plastic and cardboard to the tip. However the plastic is on top level and cardboard is on the bottom level so you have to  move the car, ie park twice. Perhaps a plastic drop point on the lower level as well please...

> "Put the garden waste containers in several points and to put up a sign saying that this is the case."

> "What I wanted was for them to open the 2 metres of road that would give direct access to the main car park from the entrance road. At the moment this is limited to “authorised users only”. It forces anyone who just wishes to visit the office to run the whole gamut of queuing with the waste dumpers just to get to the car park. Idiotic design."

This photograph was taken a couple of weeks ago.
Moreover, this was midweek, rather than at the 'busy weekend': 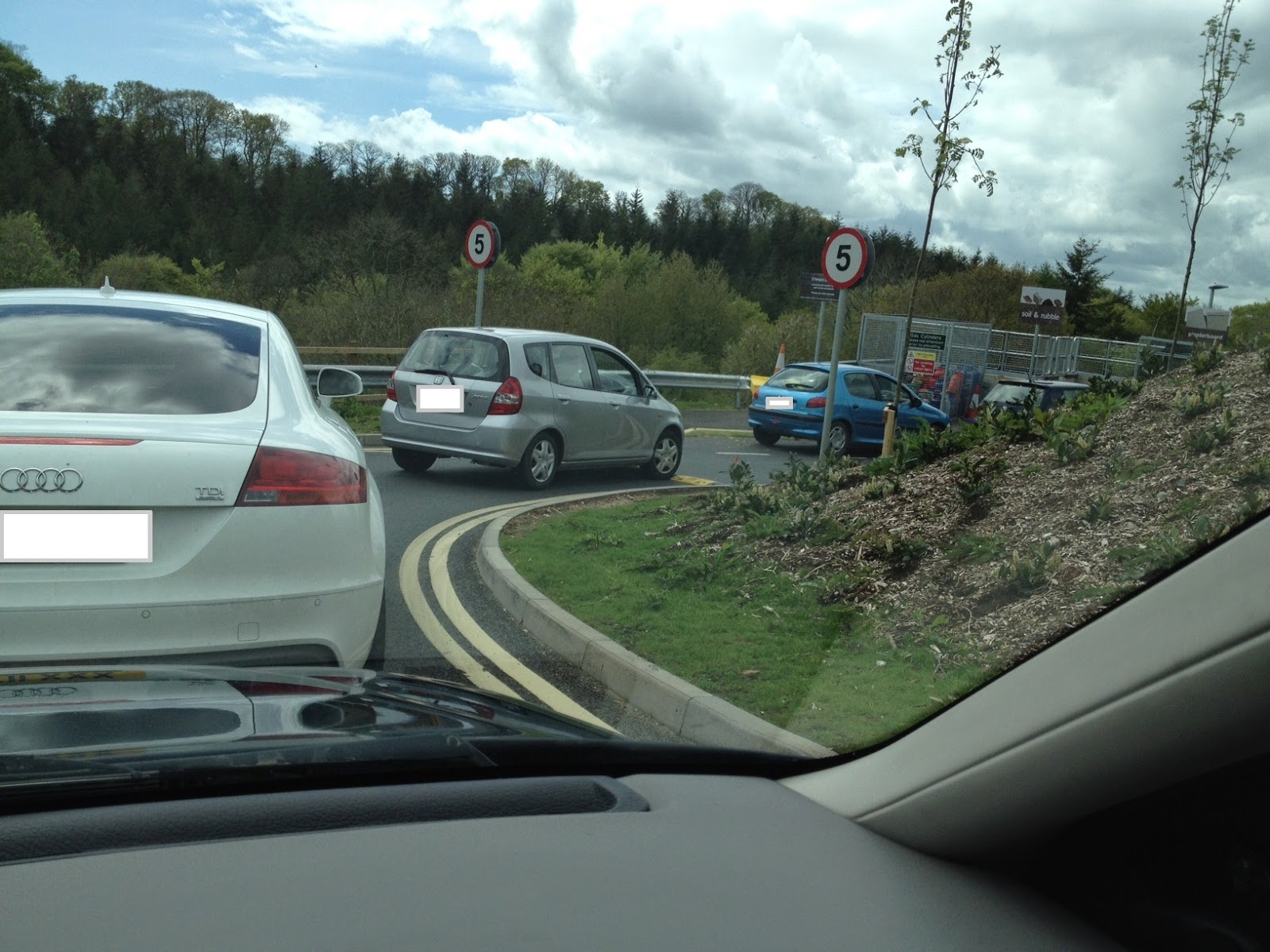 The winner of the Civic Amenity Site of the Year award was Northwich:

CIVIC AMENITY SITE OF THE YEAR, sponsored by Repic

Northwich HWRC has undergone significant changes in recent months, including a accepting a greater range of materials for recycling and an increased volume of WEEE coming on to the site. With increased signage and significant engagement from site staff, landfill diversion rates have continued to climb, and are forecast to hit 78% this spring.