This evening on Radio 3, we had a nice little talk on the tree which is just finishing its spring blossoming - and which is very much part of the traditional landscape of the West Country:

The Meaning of Trees, Series 2 Episode 3 of 5
Essay Three : Apple
The second series written and presented by Fiona Stafford, Professor of Literature at Somerville College Oxford, exploring the symbolism, importance, topicality and surprises of five trees common in the UK.
The Apple, which seems the most British of trees, cultivated in orchards nationwide, but actually originates in Kazakhstan. There are in the region of 7,500 cultivars of the Apple, and the apple seems to go back to the very beginnings of the human race - it's there in the story of Adam and Eve, as well as being important in Ancient Greek and Old Norse mythology. But the apple-tree that features in so many Renaissance paintings of the Garden of Eden is actually a descendant of the wild apple - or crab apple which is the only truly British apple.
BBC Radio 3 - The Essay, The Meaning of Trees, Series 2, Apple

The apple tree seems to be gaining some ground after years of decline.

Here's a story from last autumn:


250 varieties of apple on one tree... thanks to a bit of hard grafting over the years
By CRAIG MACKENZIE and LUKE SALKELD
PUBLISHED: 15:15, 29 September 2013 | UPDATED: 00:35, 30 September 2013
From Granny Smith and Golden Delicious to Brownlees Russet and Wadhurst Pippin, if you like apples then Paul Barnett is your man.
He has 250 varieties available to pick – and astonishingly, they’re all growing on just one tree.
The horticulturist has spent 24 years meticulously developing the tree in his back garden in Chidham, near Chichester, West Sussex, grafting on new varieties every winter. 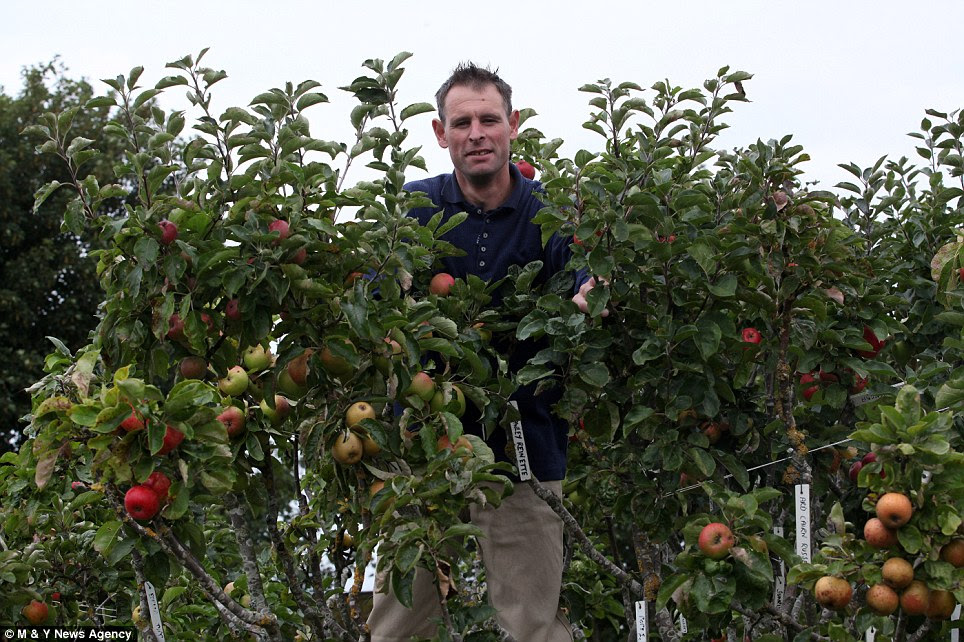 +6
Apple turnover: Paul Barnett in the apple tree in his garden in Chidham, near Chichester, West Sussex, on which two hundred and fifty different apple varieties grow 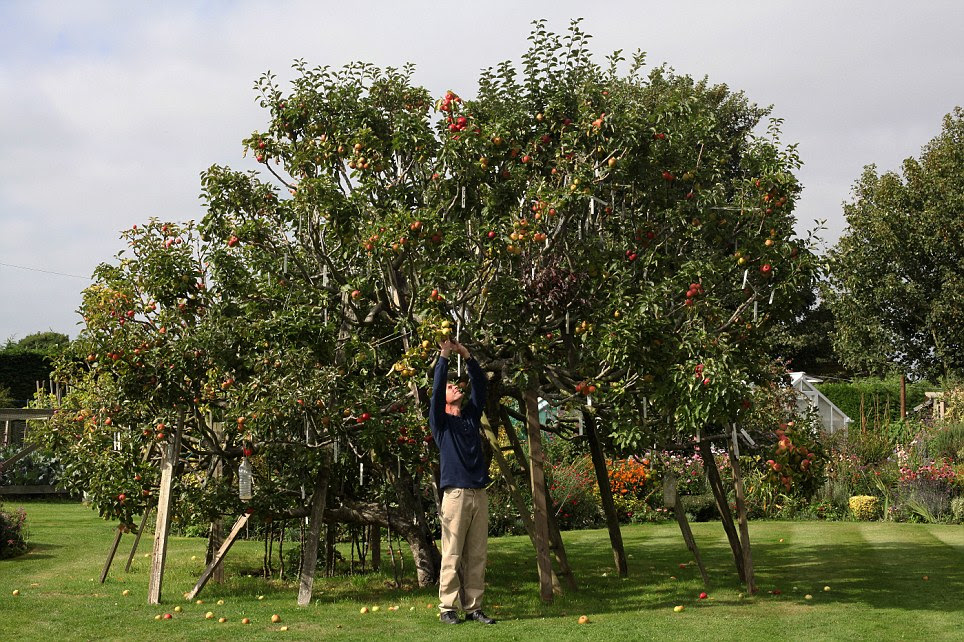 +6
Laden: Paul has grafted 250 varieties on the 'family tree' over the past two decades 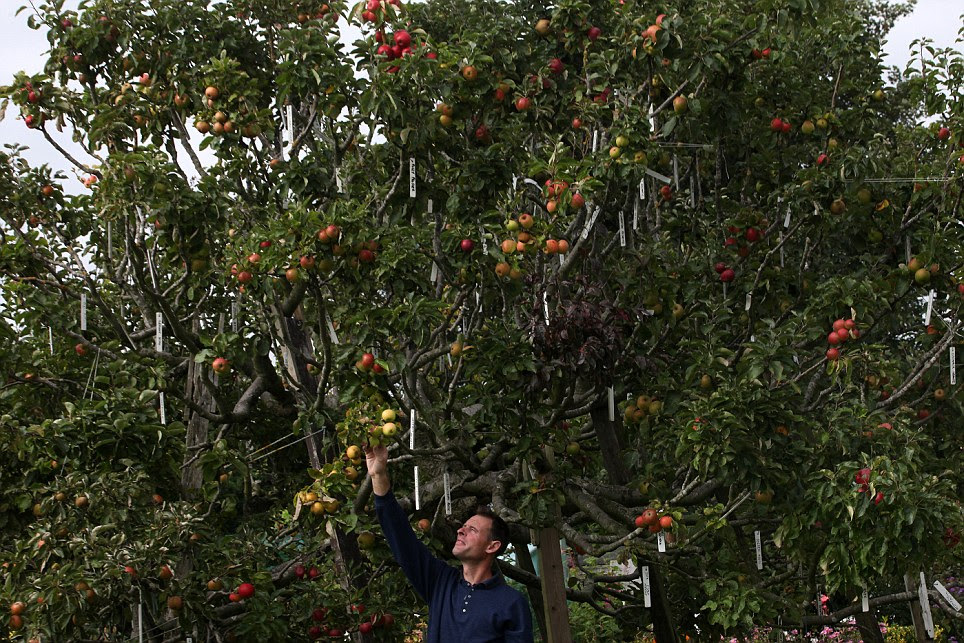 +6
Fruitful: There are 6,000 apple varieties worldwide and over 2,000 different types kept at the National Fruit Collection in Kent
The tree’s fruits now include rare cooking apples such as the Withington Fillbasket, which originated in 1883, and Eady’s Magnum, from 1908, as well as more recognisable favourites.
250 varieties of apple on one tree... thanks to a bit of hard grafting over the years | Mail Online
BBC News - Man grows tree with 250 varieties of apple

Cider is also growing in popularity: 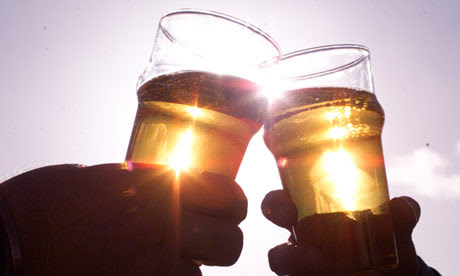 The arrival of pear and fruit ciders has doubled the value of the total UK cider market in four years. Photograph: Garry Weaser

Sales of fruit-flavoured cider have soared in the past year to make it the UK's fastest growing alcoholic drink sector, figures reveal. Since being launched in the UK three years ago, fruit ciders such as elderflower and lime, berry fruits and even cloudberry from Scandinavia have grown in popularity and number, with about 30 varieties now on offer.
Marketeers have succeeded in turning the drink from a summer-time tipple into an all-year-round drink. In the past year sales for home consumption have soared by 80% to create a market worth £113m a year, according to new data from the retail analysts AC Nielsen. The arrival of pear and fruit ciders in the mid-2000s has more than doubled the value of the total UK cider market in just four years to £873m, it said...

And there are regular apple-events:
Futures Forum: Apple pressing at the Knapp Saturday 5th October

Friends of the Byes have created a community orchard - in flower this last fortnight:
Friends of The Byes / Sidmouth BEE Project | Facebook

The Benefits of Urban Orchards | Permaculture Magazine
.
.
.
Posted by Jeremy Woodward at 15:23