A concerned comment from Cllr Claire Wright earlier this month:

Thursday, 15 May 2014 1 Comment by Claire
The NHS in Devon has launched an eight-week consultation, on a set of proposals for a new “strategic framework” in patient care.
It is likely to represent the biggest set of changes locally to community based healthcare in decades and proposes a shift away from hospital based care, to care in people’s homes.
However, no information about how the proposals affect communities has been included.
The document, which was published yesterday, has been expected for the last few months, but has been delayed a number of times.
We have discussed the thinking behind the process - known as “transforming community services” many times at Devon County Council’s health and wellbeing overview and scrutiny committee.
The NEW (North, East and West) Devon Clinical Commissioning Group, which has put together the document, has said it will publish proposals on how the proposed service changes might apply in each locality “in the near future.”
However, the document (or at least a draft version of it) must be submitted to NHS England for consideration by late June.
I have written to the chair of the health overview and scrutiny committee about my concern over the short deadline of 8 July for comments, combined with the lack of detail about how the proposals will affect communities.
A summary of the plans and full document can be found here - http://www.newdevonccg.nhs.uk/involve/community-services/101039
Devon NHS proposes major new changes in healthcare - but no local information included - Claire Wright

This is the BBC's reading of the policy proposals coming out of Devon NHS, or "NEW Devon CCG": 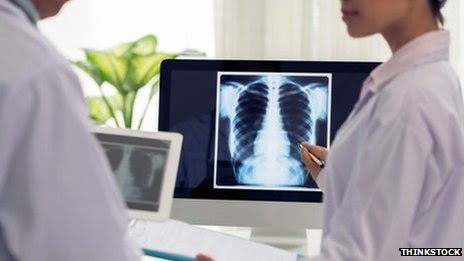 Plans for fewer inpatient beds in community hospitals in Devon have been put forward by local health bosses.
The proposals by the Northern, Eastern and Western Devon Clinical Commissioning Group (NEW Devon CCG), also include changes to minor injury units.
Managers said the idea was to treat more people in their own homes.
The group, largely run by GPs, covers the entire county, except for Torbay and south Devon.
Continue reading the main story

We won't be taking all the hospital beds away”

It said the proposed changes were not being made to save money in its £1.1bn annual budget, although it ended the last financial year with a £14.7m deficit.
Dr David Jenner from NEW Devon CCG said: "What we're really trying to do is look at options that don't require people to be in hospital where is safe and appropriate to do so.
"We won't be taking all the hospital beds away. We are looking at improving community services."
The group said it did not yet know how many beds might be removed and all plans would go through a "discussion process" with the public.
The CCG added it was looking at having to provide treatment for an estimated 22,000 people who would reach the age of 75 within the next seven years, increasing demand on current services.

These are the proposals from the NEW Devon CCG:


Public urged to have their say over community services framework
NHS HEALTHCARE commissioners in Devon want to hear from the public after they published a proposed framework to ensure services are right for the future.

The publication of the report, ‘Integrated, personal and sustainable; community services for the 21st century’comes after 12-months of discussions with public, clinical and professional communities about what patients really need.

It was produced by NHS Northern, Eastern and Western Devon Clinical Commissioning Group (NEW Devon CCG) and offers proposals to change the way community hospitals, community nursing and urgent care services are delivered - to continue to improve quality for patients and against a backdrop of rising demand, demographic change and economic austerity.

The framework is based upon six recurrent themes from discussions with the public and other stakeholders, namely that future community services should:

Help people to stay well
Move towards prevention, self management and early help

Home as the first choice
Greater emphasis on more personalised and responsive care packages at home.

Dr David Jenner said: “GPs have been commissioning local health services since this time last year.  We have listened local people and believe we can continue to improve services for patients, design services to meet health needs and improve quality too.

“We’ve listened members of the public, GPs, and other important stakeholders before putting pen to paper on the draft strategic framework and now we want to test this with others.

“There is the potential to really address the challenges of the 21st century - and to make every penny count so we can achieve integrated, personal and sustainable services for our patients, friends and loved ones in future.”

The report says that by 2021 – just 7 years from now – there will 22,000 more people (26 per cent increase) aged over 75 living in the area – we need to plan effective services for the older generation. We know people prefer to be at home with the right support, but we also know that we need to rethink the way care is designed.

If not addressed quickly, we know that the number of over 65s being admitted to hospital will rise by 2 per cent a year – we need to make a change.

To address this, the framework recommends:

·         Putting a greater emphasis on preventing disease and ill health and giving people more control through personalisation of their care.

·         Developing community hospitals in new ways - inpatient beds where they are needed but with some innovated models of ‘health and wellbeing hubs’ so as to serve local people for the future.

·         Establishing a small number of urgent care centres which can see, treat and complete care for more people, while reducing the overall number of MIUs.

Some of what is proposed in the strategic framework is already underway in parts of Devon although the document proposes that the work should accelerate.  More in depth work is needed for other areas and we will be sharing more detailed proposals and giving opportunities to comment in the coming weeks and months.

Health and wellbeing hubs are being developed in Budleigh Salterton and
Moretonhampstead – with local groups leading the way, working with the NHS to plan and organise future service provision.

In Tiverton, local people worked with the NHS to develop a specification for a 8am-10pm GP-led minor injuries unit. For case studies see appendix a.

The CCG wants people to have their say until on the overall strategy from now until July 8.

Together with ideas for Budleigh:

The community-led vision within Budleigh Salterton is to create a well-being hub based around the community hospital, which is run by Northern Devon Healthcare NHS Trust, bringing together the social care and the voluntary sector, including an intergenerational aspect appealing to all members of the community.
Local people in Budleigh Salterton asked for their opinion on new town health and wellbeing hub

You have made some good points there about health care. it’s a good idea!