Designing places for our health services is of increasing interest:
Futures Forum: Active by Design ... finding new ways to connect our planning system, health services and the built environment

These links have just been forwarded to this blog - looking at how natural landscaping can work positively towards improving our health:
Therapeutic Landscapes Network 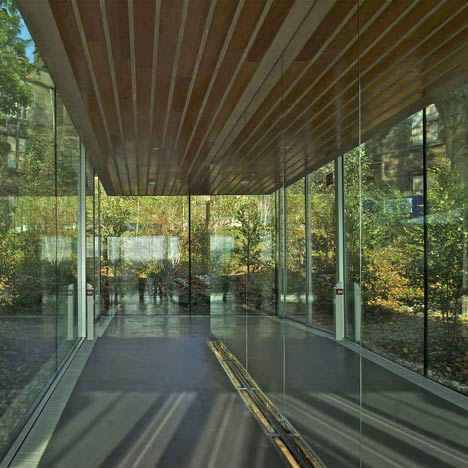 Coinciding with the OMA retrospective opening at the Barbican in London this week, here are some photos of the Maggie’s Centre for cancer care that the firm just completed in Glasgow. 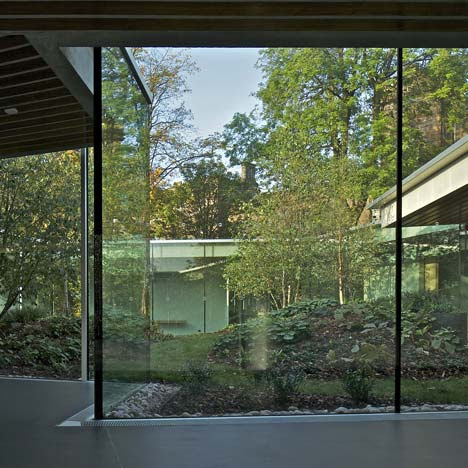 Maggie's Gartnavel opened on Monday and is the second in Glasgow, located on top of a hill at Gartnavel General Hospital. 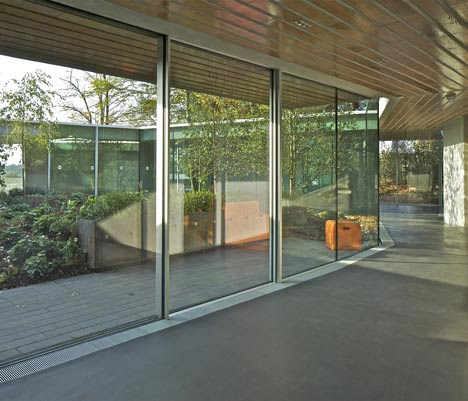 The building comprises a sequence of L-shaped, interlocking rooms around a landscaped courtyard. 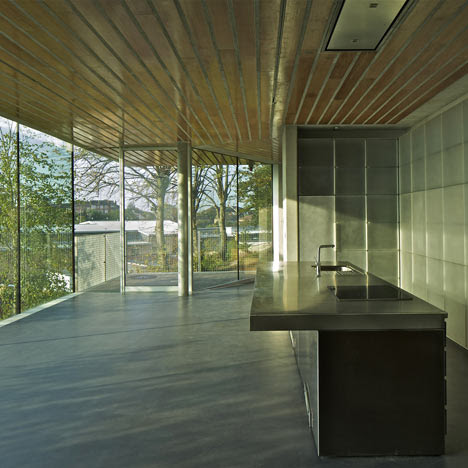 Glazed walls afford views of the surrounding trees, planted in glades according to a design by Lily Jencks, daughter of Maggie’s founders Maggie Keswick Jencks and Charles Jencks. Visitors to the OMA/Progress exhibition can walk over a 1:1 plan of the building in the Barbican's sculpture gallery. See visuals of the building that were produced at the start of its construction in our story from November 2010. 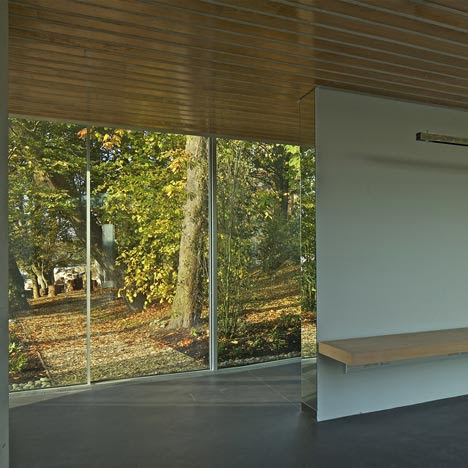 Maggie’s was founded fifteen years ago to provide support to anyone affected by cancer and they now have 15 centres around the UK, including the London facility by Rogers Stirk Harbour + Partners that was awarded the 2009 Stirling Prize. 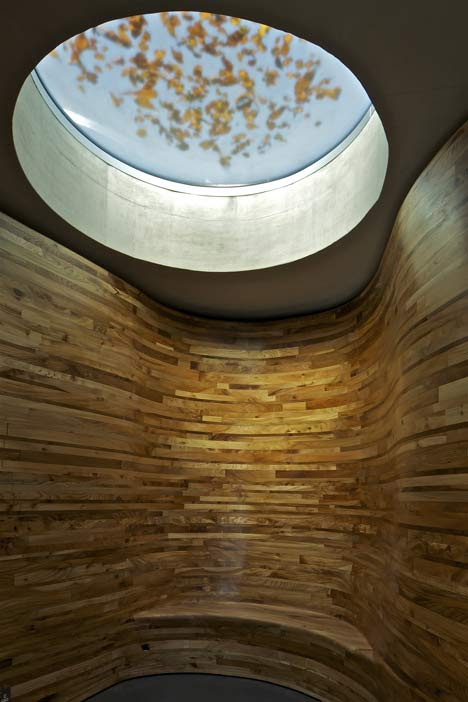 See all our stories about Maggie's Centres here. 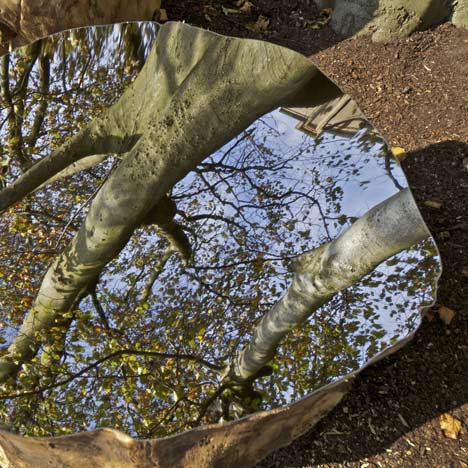 Photographs are by Philippe Ruault.
Here are some more details from Maggie's:
Pioneering cancer caring charity Maggie’s open their eighth centre in the UK, Maggie’s Gartnavel – the first of three new Maggie’s Centres set to open before the end of the year.
The building is funded by grant making charity Walk the Walk from some of the money raised at The MoonWalk Edinburgh, providing a much needed second Maggie’s Centre in Glasgow to serve the west of Scotland’s cancer population – an area with a high incidence of cancer. The centre acknowledges the support from the tens of thousands of women and men who have taken part in The MoonWalk Edinburgh, Power Walking a half or full marathon in brightly decorated bras over the past six years, throughan engraving on the front door...
Maggie’s Gartnavel is a single-level building in the form of a ring of interlocking rooms surrounding an internal landscaped courtyard, which overlooks the hospital site and city from its position atop a hill on the Gartnavel Hospital site...
The plan has been organised for the spaces to feel casual, almost carefree, allowing one to feel at ease and at home; part of an empathetic community of people. The centre has been constructed by local company, Dunne Group. 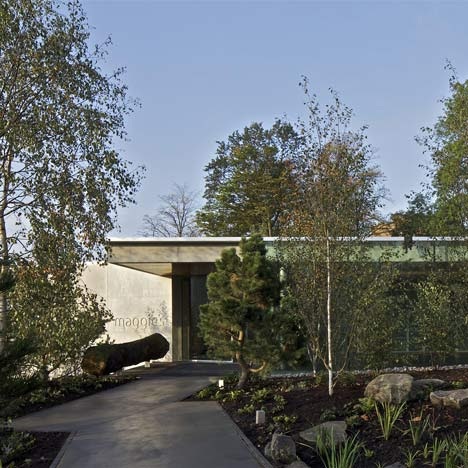 Complementing the centre’s design is a landscape design consisting of internal courtyard plantings and a surrounding wooded glades area, designed by Lily Jencks, daughter of Maggie’s Founders, Maggie Keswick Jencks and Charles Jencks, in conjunction with the landscape architecture and urban design company HarrisonStevens. Furthermore, leading contemporary Scottish artist Callum Innes has gifted three oil on oil paper 205 x 100cms paintings to the centre. These paintings are similar to art works that Callum has made that are based in the Pompidou and National Galleries of Scotland. 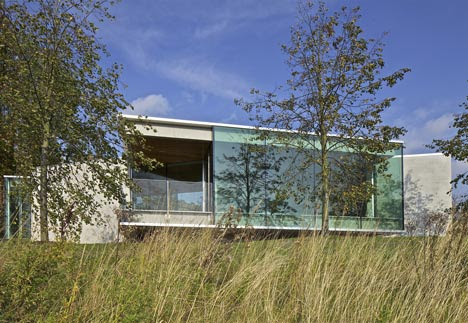