There is still no consensus about how to protect Sidmouth's coastline - and still not enough cash to pay for whatever solution is finally decided on:
Futures Forum: Beach Management Plan: still a funding gap of £3.3million

The latest Herald carried a piece which will have emanated from the District Council - and which sought to give the impression that a clear direction has been decided on:
Sidmouth sea defences could cost double the £9m expected as part of the Sidmouth and East Beach Management Scheme | Latest Sidmouth and Ottery News - Sidmouth Herald

Although the link is actually dead:
Press releases about the Sidmouth and East Beach Management Plan - East Devon

The last piece of news from the District Council was a year ago, when that figure of £3.3 million appeared - to be paid by "Sidmouth businesses who profit from tourism in the town, or residents who would be better protected from flood or erosion":

East Devon has allocated a further £300,000 towards the future scheme costs, however it would put an unacceptable burden on Council tax payers across the district to provide the remainder of the £3.3 million funding alone. Sidmouth BMP’s £300,000 is included in the Capital programme draft budget...

So in order to help the scheme move beyond summer 2018, when the Outline Business Case (OBC) is expected to be completed, East Devon will shortly be writing to all the residents, businesses and infrastructure owners who will benefit from the scheme. For example, this could be Sidmouth businesses who profit from tourism in the town, or residents who would be better protected from flood or erosion.

However, things have moved on since then - with the only remaining members of the Steering Group who are not statutory bodies being:  Cliff Road Action Group, Vision Group for Sidmouth, Sid Vale Association, Sidmouth Sailing Club, Local Fishermen and Sidmouth Lifeboat:
Steering Group - East Devon

Meanwhile, most of these feel their perspectives and concerns have not been taken into consideration - to the extent that the Chamber of Commerce and ward District Councillors have resigned:
Futures Forum: Beach Management Plan: "There is widespread scepticism of the process and little regard shown to the local understanding of what the real issues might be."

There are two specific proposals which cause concern:

Whilst sea levels are indeed rising due to climate change:
Futures Forum: Waves are getting higher, threatening coastal residents

... local businesses have made it very clear that they do not see the solution in raising the seawall:

According to the latest Herald:

At a recent steering group committee, additional offshore breakwaters were discussed and it was explained again that although the breakwaters may present a more robust solution technically, they would come at almost double the cost.

The cost has been re-examined recently by consultants Royal HaskoningDHV and they have confirmed that the previous costings as part of the Beach Management Plan were correct.

It is not clear exactly which scheme for additional breakwaters was re-examined by consultants Royal HaskoningDHV.

Either the over-engineered option 4 of groynes (from Halcrow and the District Council's 'preferred option'): 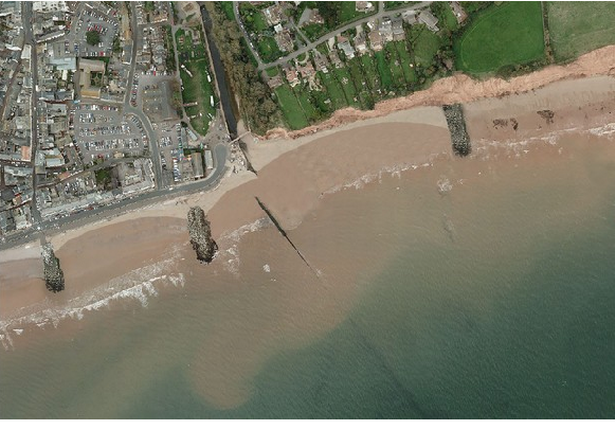 Or option 4b of rock islands (preferred by the non-statutory bodies): 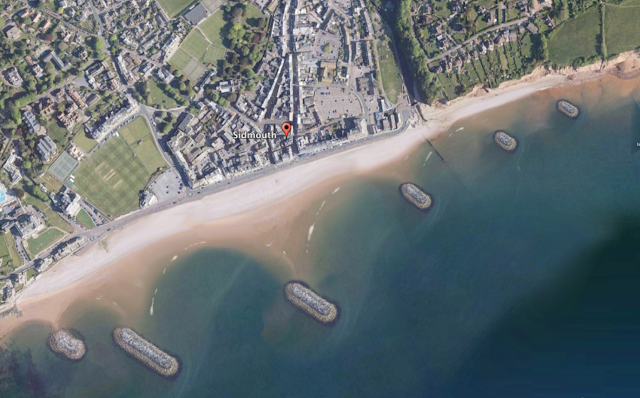 In particular, it is not clear if the new estimate included the re-use of the rocks from the existing rock groynes:

Futures Forum: Beach Management Plan: "In the long-term, we need to build more offshore breakwaters across the front and these could be semi-submerged so that they would not be visible for most of the time."

At a Steering Group meeting last year, a report was presented detailing possibly significant errors in engineers Halcrow's measurements of the erosion rate at Pennington Point - with the consultants Royal HaskoningDHV committing to check the impact of any such errors on the project.