Tasmania is burning: "It's extremely inconvenient for any government that does not have a cogent answer for what they’ll do about climate change, to see the effects of climate change putting more and more people and homes at risk."

The Australian prime minister wasn't very happy a couple of months ago when students decided to make a fuss about climate change:
Futures Forum: Climate change: "there is a sense of a new consciousness abroad concerning the future of our planet"

But, then, the Australian establishment have not been very happy for some time about the fuss being made about climate change:
Australia's Murdoch Newspapers Lying to Public About Climate Change, Says Study Author | DeSmogBlog
How Murdoch's Aussie Papers Cover Climate Change : NPR
Has Rupert Murdoch turned into a climate change sceptic? | The Independent
Futures Forum: Climate Change: the film

Where the debate has become very politicised:
Futures Forum: The continuing politicisation of the climate change debate
Futures Forum: "Climate science has been dragged into the American-style culture wars that are turning British intellectual life into a battlefield."

With a particularly effective piece of filming:
Futures Forum: Climate change: and the film 'The Merchants of Doubt'

Tasmania is burning. The climate disaster future has arrived while those in power laugh at us 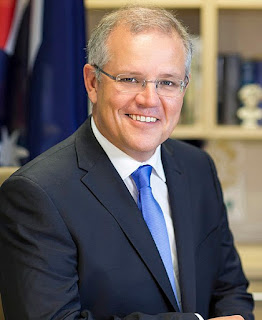 Two years ago the then treasurer Scott Morrison picked up a large lump of coal. Perhaps he thought it was a great joke for Australia at the expense of a few weird outliers like the Greens and the global scientific community. Or perhaps Morrison wasn’t really thinking anything. Perhaps the greatest error of journalists is thinking people at the centre are more than they seem. The problem with people like Morrison, the true terror, is that they may be so much less.

Almost stuttering in his excitement, missing pronouns, he was gibbering without punctuation. If the style was grammatically Joycean, the effect, like his previous masterpiece, “Where the bloody hell are you?”, was memorable.

He waved the piece of coal around like it was the sacred Host itself, he swung it high and he brought it so low that for a moment it was as if a wildly guffawing Barnaby Joyce seated next to him might lick it. How they laughed! The ranks of the Liberal party assembled around and behind, how they all laughed and laughed that day.

Tasmania is burning. The climate disaster future has arrived while those in power laugh at us | Richard Flanagan | Environment | The Guardian

Firefighters are not laughing: 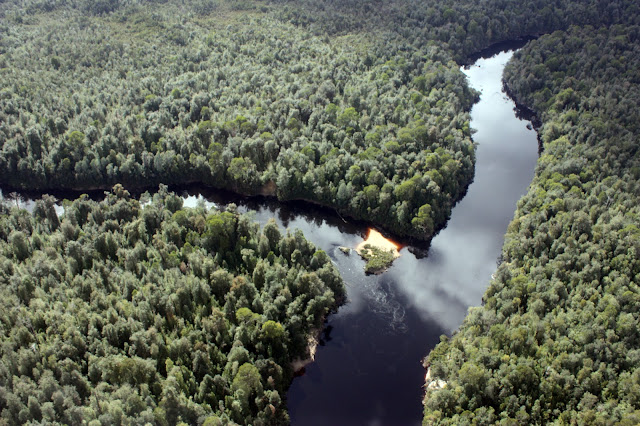 Decorated Australian firefighter Greg Mullins says climate change is contributing to bushfires so horrendous that homes and lives cannot be protected, and the federal government will not acknowledge the link because it has failed on emissions reduction policy.

The extraordinary comments by Mr Mullins, a former NSW Fire and Rescue Commissioner, coincides with the Tuesday launch of the group Bushfire Survivors for Climate Action, which will lobby the major parties to drastically reduce fossil fuel use and cut greenhouse gas emissions.

Prime Minister Scott Morrison and Opposition Leader Bill Shorten both visited Tasmania on Monday, where catastrophic bushfires had reportedly destroyed eight homes and burnt 190,000 hectares of land as of Monday afternoon. Their visit came on the 10th anniversary of the Victorian Black Saturday bushfires.


Mr Mullins said fire seasons "are longer, more severe, and we are getting fires that are much harder to put out. What that means … is there is simply not enough firefighters and fire trucks to do the job, to protect every structure and protect people’s lives. It's extremely inconvenient for any government that does not have a cogent answer for what they’ll do about climate change, to see the effects of climate change putting more and more people and homes at risk."