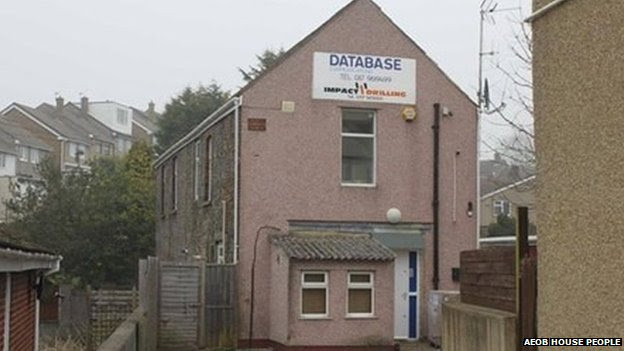 A group campaigning to convert disused office blocks into affordable homes has bought its first property in Bristol.
Abolish Empty Office Blocks (AEOB House People) said it now owned a former business at 22 Battens Lane in St George.
The group raised £235,000 from a community share offer to buy the £300,000 site, with the remaining amount covered by a bridging loan.
It still has to raise another £200,000 from the shares for the conversion.
David Mowat, from AEOB House People, said it was "very exciting" and added the previous owner had already secured planning permission to change it from commercial to residential use.
"We are already working with potential residents who are interested in being involved in the renovation on a self-build basis", he said.
Chairman of St George Neighbourhood Partnership Rob Acton-Campbell said: "I'm fully supportive of empty buildings being put back into use, but we want to be sure we're not removing employment opportunities."
Mr Mowat said they were still working with architects on how best to configure the property they now own but believed it could be turned into six flats housing 10 people.
AEOB House People said the process to find tenants would be a "well-publicised, fair, open, accountable process open to all" and it would be looking for people who were "financially reliable" and "in housing need".

Thanks for sharing this!

Find out more on our website www.aeobhousepeople.org.uk or on Facebook www.facebook.com/AEOBhousepeople where you can see a short video by Made in Bristol TV

Thanks, Elinor.
This is an inspiring project. We'll be following it over the coming months.
Good luck with it!
I've posted another piece meanwhile:
http://futuresforumvgs.blogspot.co.uk/2014/12/housing-made-in-bristol.html

i must have to say that for you thanks for taking the time to share it with us, but one thing s that the video which is you posted is not working.

Thanks for the update:
I've put a new piece together:
futuresforumvgs.blogspot.co.uk/2015/04/abolish-empty-office-blocks-aeob-house.html
Good luck in Bristol!