Knowle relocation project: and the longer-term demise of district councils... part eight: defining the term 'merger': "Each council would continue to set its own budget and remain independent, but work from one office."

At the District Council's Overview & Scrutiny Cttee meeting last week, the notion of East Devon 'merging' with other Devon councils was discussed:
“I have to warn councillors, an election is coming”, O&S Committee told | East Devon Alliance

There has been a lot of talk about the 'merger' of the key functions of District Councils:
Futures Forum: Knowle relocation project: and the longer-term demise of district councils... part seven: "In favour of efficiencies"

They will keep the same number of councillors as before but only one administration service with one Chief Executive.

Watch now for East Devon merging with one, two or three councils around us – after spending more than £250,000 of our money in 2007-11 telling us that this was not a good idea and resisting a Devon unitary authority. And when one of the first things that the new Coalition government did was to stop all talk of such a deal saying it would not be beneficial to us

Truly, a year is a long time in politics!

Here's the piece from the BBC in full: 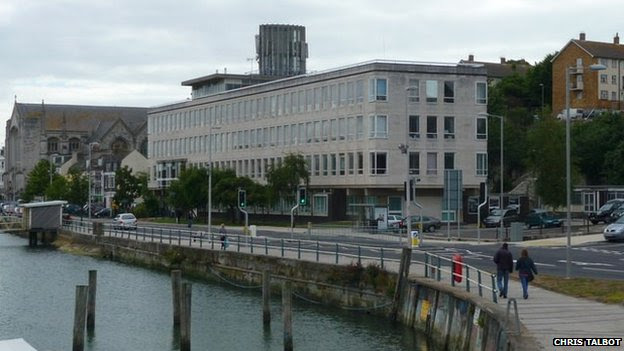 Three local authorities in Dorset are set to merge after councillors voted in favour of the plan.
Weymouth and Portland Borough Council was the last of three authorities to decide on the "tri-council" arrangement with North Dorset and West Dorset.
Councillors voted 24 in favour, seven against. Details of the merger, including a timetable and any potential job losses have yet to be decided.
It has been claimed the merger would save £6m by 2020.
An amendment to defer the decision was defeated earlier in the debate.
Liberal Democrat councillor John Birtwhistle said it would "sign a death warrant" for the council.
Under the proposals, the authorities would share one chief executive and senior management team.
A "single workforce" would also be created.
Each council would continue to set its own budget and remain independent, but work from one office.