A biodiversity audit at Great Dixter 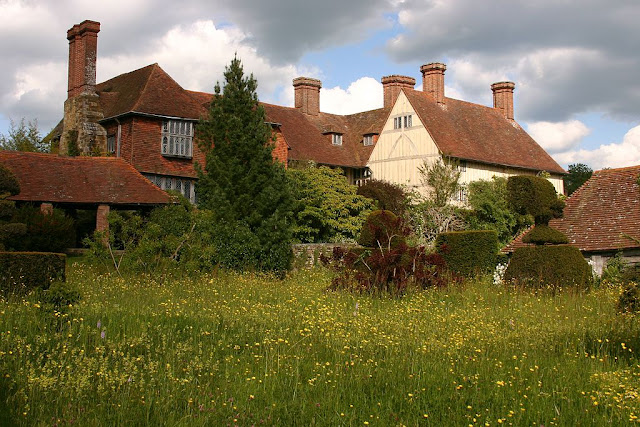 We are now entering the last season of the survey:


The garden at Great Dixter is known for the way in which it merges the natural and the cultivated world. Its long grass, scattered ponds, old walls and changing flower borders provide a rich environment for all manner of fauna and flora.

In 2012 Great Dixter Biodiversity Committee was established to develop and implement biodiversity plans for all habitats on the estate, including in Great Dixter’s gardens and the surrounding fields and woodlands. The committee developed the Biodiversity Policy for the Trust.

With the help of experts and volunteers, Great Dixter has datasets for moths, spiders, bumblebees and butterflies. Click the links to the left to find out more about individual species.
Great Dixter Biodiversity Survey, August 2017 – August 2019

In August 2017 a £30,000 grant from the Heritage Lottery Fund (HLF), in addition to support from two private donors provided the funding to run a two year survey. A number of ecologists will be involved including specialists in grassland, ancient woodland and landscape archaeology as well as entomologists, arachnologists and ornithologists. It is hoped that local and national biological recording groups will also take part

The site will be evaluated for habitat diversity, connectivity and opportunity and the findings will influence the way the site is managed in future, balancing the needs of wildlife, access, gardening and forestry. Staff will be shown how to carry out ongoing monitoring.

Christopher Lloyd had a deep knowledge and understanding of the wildlife around him and his gardening was influenced by their needs. When the meadows were cut he would leave a buffer zone for insects and coppicing the woods would be arranged around the nesting habits of woodpeckers. Care and respect for the natural world has been embedded in the way that Great Dixter operates since the Lloyd family bought the property in 1910.