SW Mutual bank > a presentation in Sidmouth >>> >>> "The only thing that motivates people is this region and what it does."

A potential new bank was presented to the public and councillors in Sidmouth earlier in the week:
Futures Forum: SW Mutual bank > the region's first member-owned high street bank > a presentation in Sidmouth

The Herald's reporters were alsothere:

Sidmouth on the radar for regional bank 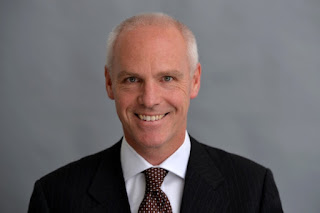 Executives behind a plan for a regional South West bank have been quizzed about its values, provisions and potential branch locations.

On Tuesday (March 12), residents and council representatives attended a public meeting set up by the Future Forum of the Vision Group of Sidmouth to find out more about South West Mutual, which aims to launch by the end of 2020.
The regional bank, which would be owned by its members, would look to have 21 satellite branches across Devon, Cornwall, Dorset and Somerset.
Executive director Tony Greenham said the bank aims to add to the region’s prosperity, adding Sidmouth is ‘more on the radar’ when asked about the possibility of a branch.
He said: “We are starting with a clean slate, we can choose where to put branches rather than having expensive legacy branches which are very expensive on the leases, but also we are going to use the latest technology.
“We’re pro-choice, we’re not anti-technology. The advantages of this is it will be fully automate-able branches, meaning it can be open 24/seven. Those that don’t need to have a human being present to do their banking can use it at their convenience. This is really useful for small business owners to bank their cash and cheques, they can do that on the way to work or way home.
“They do not have to close the shop for an hour to drive to the next town, which you do not have yet, but if you have lost your last branch that is the boat your small businesses would be in, wasting a lot of time and losing business while they close their shop to go and do their banking.”
East Devon District Council has agreed to invest in the bank alongside South Hams and West Devon councils.
The bank has raised nearly £500,000 to move on towards talking to bank regulators and carrying out market research of where to put the bank.
In the run-up to applying for a licence, the bank will need to raise £2.5million to build the bank and a further £17.5million in capital.
Mr Greenham said: “There aren’t any other South West regional banks and I think it will be unlikely there will be any others. We will be the ones from the branch up to the boardroom the only thing that motivates people is this region and what it does.”

Sidmouth on the radar for regional bank | Latest Sidmouth and Ottery News - Sidmouth Herald
.
.
.
Posted by Jeremy Woodward at 12:44