There are serious questions about the viability of figures offered by the District Council to justify the move to Honiton/Exmouth:

RELOCATION PLAN 100B (HONITON/EXMOUTH) DOESN’T ADD UP … AT ALL

Skypark has been abandoned because, at around £8 million, it could not be funded from the sales of the Heathpark site, the Knowle site and Manstone Depot.

Now, Heathpark is getting no income from a supermarket, Knowle is worth less than they expected, no-one wants Manstone Depot and the cost of the dual site has gone up to £10 million.

If they couldn’t afford 8 million by selling 3 sites how can they afford £10 million with only the reduced-priced Knowle for sale?

The following letter has been sent to the Deputy CEO of the District Council by the chair of the
Save Our Sidmouth group:

8.
Based on Dept. of Energy and Climate Change (DECC) current fuel price indices, gas has increased on average 18.8% pa between 2003 and 2013 whilst over the same period, electricity has increased on average by 11.9% pa. Allowing a modest 10% pa inflation rate for energy and 2% for general inflation, the total savings in running costs of Honiton/Exmouth over Knowle are of the order of £5.55m over 20 years

The difference between the two costs is about £50,000 pa.

Please let me know how this adds up to a saving of £5.55m over 20 years, even allowing for hypothetical increases over 20 years

Chair, Save Our Sidmouth

Costs of running Knowle, compared with those of running Honiton and Exmouth | Save Our Sidmouth

Before the District Council 'chose' Skypark as their preferred new location, Honiton was still in the offing - and in February this year, the figures for moving there were contested.

Here is a further letter from February this year, where the figures for moving to Honiton were contested:

SIR – When promoting the move from Sidmouth to Honiton, East Devon District Council (EDDC) argues that Sidmouth is inconvenient for many people in East Devon while Honiton is much more central. Let me explode that myth. We are also told that moving will save on energy costs. What will that mean in financial terms and when will the savings repay the investment?

The District’s populations are clustered around the coast. I looked at the numbers of people living in each East Devon ward and calculated the distance and travel time from each ward to Sidmouth or Honiton (using a TomTom SatNav to give shortest route and time for that route). On average, an East Devon resident might travel 9 miles to Sidmouth or 11.1 miles to Honiton. So an EDDC move to Honiton would add 19% to the typical journey. The time taken for travel averages 26.5 minutes to Sidmouth or 29.6 minutes to Honiton – a 10% increase if EDDC moves.

Another myth concerns energy savings. Since I wrote on the carbon-costs of rebuilding versus refurbishment (Sidmouth Herald letters, 3 August 2012), Richard Cohen, Deputy Chief Executive of EDDC, has divulged that a new building would save 25% of EDDC’s energy use (Council meeting 25 July 2012). This allows a more specific cost-benefit analysis.

An energy Advisory Report, 2011, showed that Knowle uses 358,408 kilowatt hours of gas heating a year, at probably 4 pence per unit or £14336 per year. A 25% reduction through building at Honiton would save £3584 per year. EDDC will no doubt claim similar potential savings on electricity, of which they use 764,821 units per year at perhaps £107,000 per year. It’s hard to see how a move could save 25% on electricity when EDDC would take to Honiton much the same office equipment as they use now, but I give them the benefit of the doubt and allow 25% saving or £26,768 per year. That would give a total annual saving for gas and electricity of £30,352. On that basis, a £7million new building at Honiton would repay its build-costs in 231 years. And it would save Council Tax payers the equivalent of 24 pence a year for each East Devon resident.

Between 2008 and 2011, EDDC achieved a commendable 12% saving in gas use at Knowle, though electricity use declined only 0.6%. The 2011 energy Advisory Report recommended further measures to save energy: some with a high impact and pay-back in under 3 years. Instead, EDDC pushes for a new building which will take 231 years to repay its costs. Further energy conservation at Knowle would reduce costs so that, against a 5% saving at Knowle, the breakeven time on a new building might be nearly three centuries or four centuries for a 10% saving at Knowle.

EDDC must use accurate data, expertly analysed and correctly interpreted. They cannot base a multimillion pound move on opinions. Their negative attitude to further energy conservation at Knowle appears to be based on guesses as to what it might cost to refurbish Knowle – unbelievable figures of £8million, £9million and £13million have been mentioned but not tested. So EDDC propose demolishing that fine historical building and destroying one of East Devon’s best areas of public parkland and gardens, only to make EDDC less accessible and to save each of us just 24 pence per year. Queen Victoria knew and supposedly visited Knowle. She would not be amused. 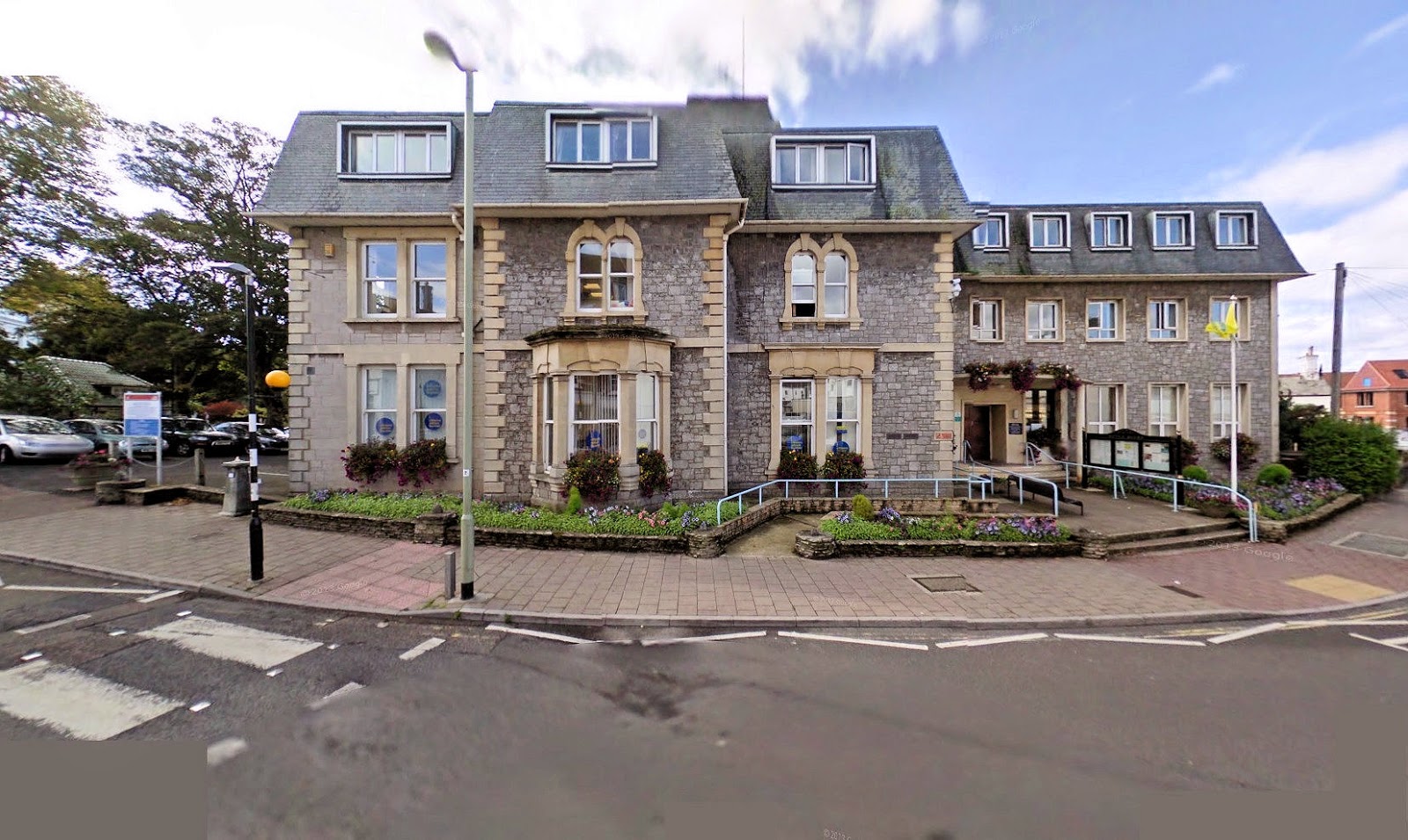 I have attached a picture of an Edwardian Villa with extensions either side and a converted attic. I assume this is the vacated Exmouth DCC office and would suggest the new Knowle office is far more fit for purpose than these premises. 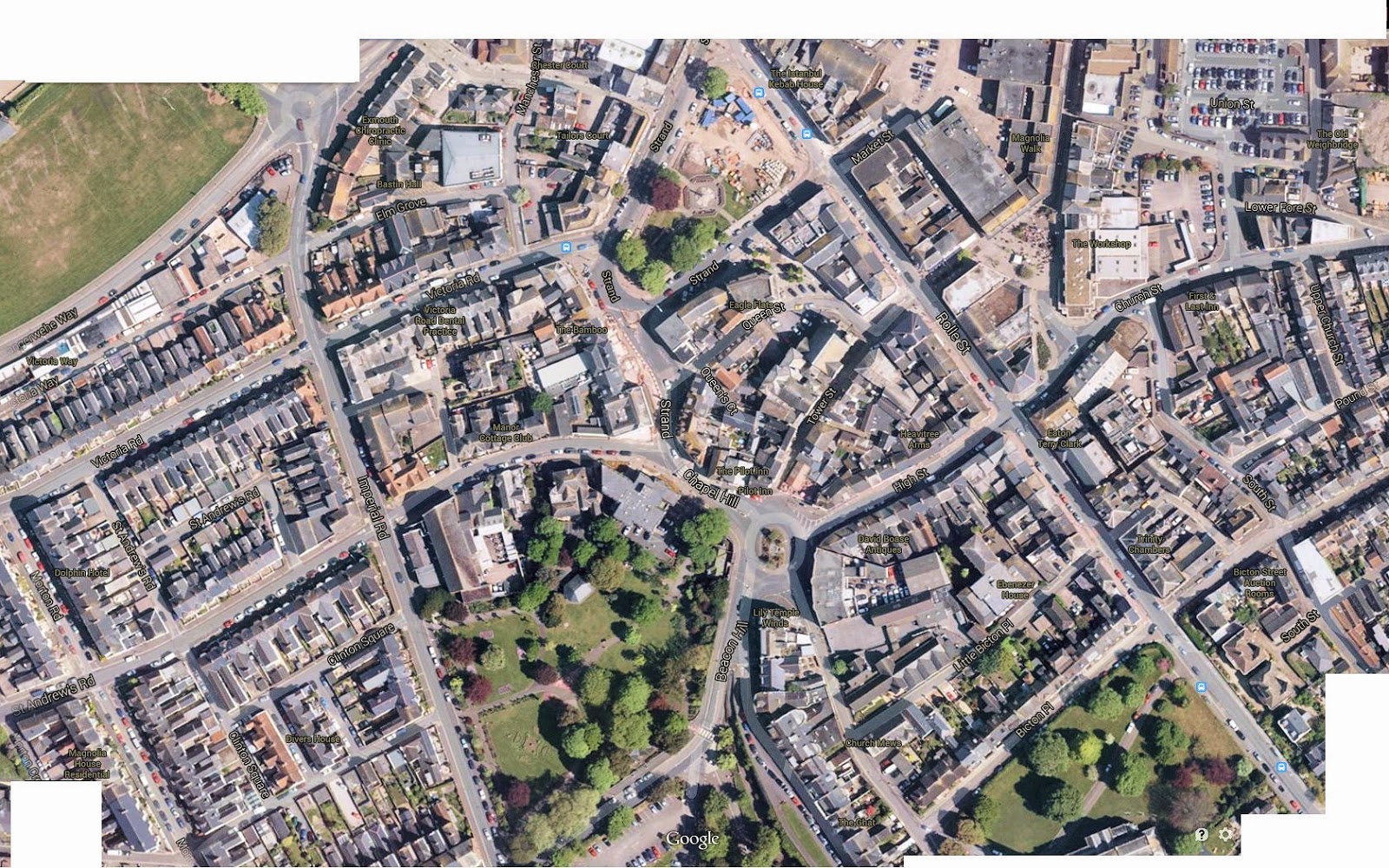 How can you (in your right mind) compare a site neighbouring a Carpet Right Warehouse (in Honiton) and an Exmouth Bed and Breakfast (near no trees) with the delights of Knowle park?

...which is what the CEO of the District Council seems to agree with:
Futures Forum: Knowle relcoation project: "It is very nice to be at Knowle but it is too big for what we need"

See also:
Futures Forum: "The greenest building is the one standing" >> Why do developers prefer to demolish buildings than renovate them?
Futures Forum: Knowle relocation project: demolish or renovate?
.
.
.
Posted by Jeremy Woodward at 16:02