Some District Councillors and businesses are keen to allow the expansion of industrial estates in the District:
Futures Forum: Pressures to expand the Greendale and Hill Barton Business Parks >>> deadline to comment: Friday 2nd February

Local residents feel rather differently - and this substantial piece from the Woodbury Salterton Residents Association from last year is complete with the history of these estates:
response 16 2597 ful greendale eastern extension | Flood | Surface Runoff

And this piece from the Western Morning News from last month points out a few things:

The Villages Plan also includes maps of the Greendale and Hill Barton business parks to show the extent of land authorised for business purposes. 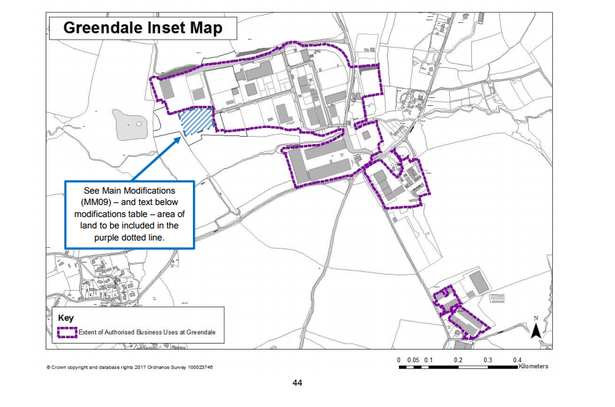 The plan has undergone several rounds of consultation, giving people plenty of opportunity to have their say on it and East Devon District Council is asking the public for its views on proposed changes to its Villages Plan by Friday, February 2, 2018.

The modifications include additional policies that clearly link the maps shown in the Villages Plan back to the policies of the East Devon Local Plan, which was adopted in January 2015. This includes specific policies for Hill Barton and Greendale Business Parks. 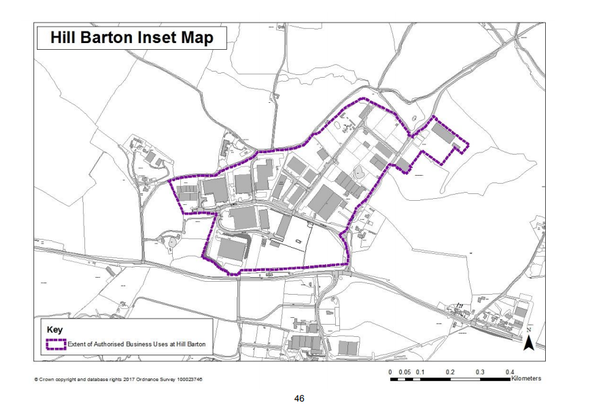 These policies generally resist development in the ‘countryside’, except in specific circumstances as set out in the Local Plan.


Outside the black line, further development would only be acceptable in special circumstances.

In other words, these two large industrial estates are being classified as 'villages' and as such no expansion beyond their current 'black lines' would be acceptable.

There is considerable disquiet in some quarters, as reported by the East Devon Watch blog:
EDDC councillor desperately tries to justify expansion of Greendale and Hill Barton – going against Village Built Up Area requirements | East Devon Watch
.
.
.
Posted by Jeremy Woodward at 15:40