Out of Office > the future of work @ Radio 4

Do you get the feeling that you're in the wrong job?

This is a piece from this blog from last August:

The Wrong Job: the postwork civilization is a giant fraud

This blog occasionally looks at the issues around 'work':
What's the point of work?Why Work? | James LivingstonFutures Forum: Why work?
Why not be idle?BBC Radio 4 - Archive on 4, Embracing Idleness, Idleness: relaxation or subversion?Futures Forum: In Praise of Idleness: working less could actually be better for everyone.
It's better for us:The Abolition of Work--Bob Black'How to Be Idle': Being and Do-Nothingness - The New York TimesFutures Forum: Saint Monday: in defence of skiving
And the Hadza of the Kalihari should know: 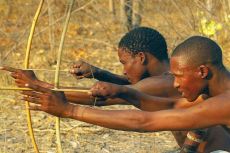 Play Makes Us Human V: Why Hunter-Gatherers' Work is Play | Psychology TodayFutures Forum: In Praise of Idleness: "If Hadza nomads get by on 14 hours’ work a week, why can’t we?"Futures Forum: On the Transition: "Future Primitive"

Futures Forum: The Wrong Job: the postwork civilization is a giant fraud

"Out of Office", Radio 4's new series on the future of work, starts with an interview with David Graeber, author of "Bullshit Jobs" - a look at how disengaged we are from the world of work:

Out of Office
What do we want from work? Millions of people are now reinventing their working lives. Ruth Barnes presents the first in a new series exploring the changing world of work.
There are now five million self-employed people in the UK, it’s the fastest-growing group of workers. Sometimes it's a case of "needs must" as conventional industries collapse - but the evidence suggests that most are doing it because they want to, they see themselves as breaking free.
The internet is full of inspirational talks from the late Steve Jobs and others, exhorting us to take risks, set out on our own, make our fortune. But with the average freelancer earning only £240 a week - about half the earnings of the average employee - what is the price of freedom?
In this first programme, Breaking Free, Ruth hears from people who have reinvented their working lives, becoming taxi drivers, brewers or cleaners. She talks to David Graeber, an anthropology professor who tapped into something really big when he published his book Bullshit Jobs.
Ruth Barnes spent ten years as a producer and presenter at the BBC, covering music and culture across the national radio. She’s written and presented music documentaries for Radio 4, reported live from the Glastonbury Festival for BBC Radio 5 Live and the red carpet at the Cannes Film Festival for BBC Radio 2. In 2006, Ruth started her own online radio show The Other Woman, to showcase new music from female artists. She is three years into running her own podcast production company Chalk & Blade, an independent start-up based in East London.
Producers: Susan Marling and Elizabeth Burke
A Just Radio production for BBC Radio 4