When is a development 'viable' or not?

The term 'viability' seems to allow local authorities and developers pretty much of a carte blanche - until other obligations are pointed out to them.

Here is one case highlighted in today's Independent:

A council that allowed the complete removal of affordable and social housing from city centre development plans has “acted unlawfully”, a High Court judge has ruled.
All housing with capped market rents or social rates were removed from a contract for the £150 million Silver Hill scheme in Winchester to make more room for businesses.
The initial plans included 73 affordable and 27 social homes.
The judicial review brought against Winchester City Council was spearheaded by Tory councillor Kim Gottlieb, who campaigned against the development and personally funded the case.
His campaign, Winchester Deserves Better, says that the architectural plans agreed by the council, also Conservative, “ruin the character of the city and wreck its thriving high street”.
Mrs Justice Lang ruled that developer TIAA Henderson was obliged to provide affordable and social housing as, combined, they are a “required element” of the legally-binding agreement in return for planning permission.
Planning consultants DP9 – on behalf of the developer – wrote to the council last September to say that they would need to scrap plans for affordable and social homes for “viability reasons.”
The High Court ruled that the developer should have taken finances into account before bidding for the contract.

As the Guardian architecture correspondent, Oliver Wainwright pointed out recently, 'viability' is something the authorities and their clients would prefer to define:

If a scheme is declared “unviable”, it simply means “we’re not getting our 20% profit so why should we bother”.

'Viability' does not extend beyond the actual building process, it seems: 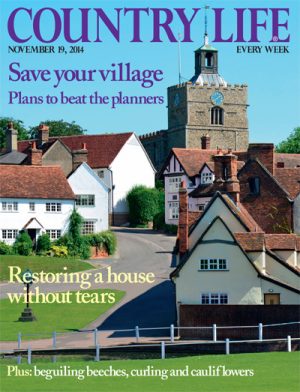 ‘After the houses are sold, they walk away, without further thought for the viability or attractiveness of what they’ve built.’
Futures Forum: "Rural communities ... are being ruined by house builders ‘let off the leash’"

This is happening across the South West.

“Insofar as ‘affordable housing’ is concerned, the situation is truly dire!” declared Mrs Mills, giving the example of a development in the Plymouth and South Hams area where a developer had initially promised to deliver around half the new homes they were building as affordable housing. “They achieved planning approval on this premise, but this percentage is now down to around 17.5% and likely to sink further as the build progresses. The reasons are clear.
Developers apply for planning permission with an attractively high percentage of affordable housing, get planning approval and then conduct a ‘viability study’. This subsequent exercise then demonstrates there is no way that this percentage of affordable housing is financially feasible – they then drag down this percentage further by selling off each part of the site sequentially, thus keeping the prices and deliverability up and pushing real affordability out of sight.”
Futures Forum: The pressures to build on green fields: CPRE: "new out-of-town developments are top of the list concerns"

And we could look at several projects in East Devon where 'viability' is key to development:

Futures Forum: 106 payments and the NPPF... the repercussions for East Devon

> Are the proposals for beach huts in Sidmouth and the District 'viable'?
The council says the move will “ensure the viability and sustainability of the beach huts as an enduring local amenity” and enable old chalets to be replaced.

“I doubt that makes the proposition viable. There’s also the issue of further commercialisation of the seafront, which most people would regard as controversial.”
Futures Forum: East Devon beach huts: a summary so far...

> Is the decision to exclude small rural housing developments from needing to provide affordable housing 'viable'?

"There is scant evidence that such planning agreements undermine development site viability and, where local authorities conclude it would, they can already reduce the burden. We have to find a better way to balance the Government's desire to encourage small builders with the over-riding need to provide affordable homes in rural communities."
Futures Forum: "Not a single home that could be described as "affordable" within government guidelines is being built, or is for sale, anywhere in Cornwall."Futures Forum: Rural housing decision is a "huge blow"

> Is the slow-down in the eastern end of the District making Cranbrook 'less attractive' to developers - and so less 'viable'?

There remains a concern that viability issues with developments is making it difficult to secure the full level of investment in infrastructure that is necessary to meet the needs of the development, however it is hoped that as the economy continues to grow that viability will improve.
Futures Forum: More happy news coming out of Cranbrook: Any new District Council staff recruitment 'will take place against a background of shrinking resources within local government'

> What are the criteria for Tesco's reneging on promises for affordable housing at their development in Seaton as not being 'viable'?

A spokesperson for Tesco, added: “We are proud of our investment and commitment to the Seaton community. Our store is popular and we have created many jobs for local people.
“Unfortunately because of the difficult housing market conditions it is no longer financially viable to build the affordable housing.”
Futures Forum: "Developer-led free-for-all is actually council policy"

> How will the District Council determine that any plans for the Drill Hall at Port Royal in Sidmouth which are not of its own making are 'viable'?

CAMPAIGNERS fighting to save an historic Sidmouth venue look set to be given until at least next summer to come up with a ‘viable’ proposal.
“The opportunity for that business plan to be produced is ongoing. While this may take the outcome beyond May 2015, the only reason is to give the community group the time they need to make their proposals viable.”
Futures Forum: 106 payments and the NPPF... the repercussions for East Devon

> And in what way can a business - such as the former Fortfield Hotel - be seen as no longer 'viable'?

“The hotel died because it was not commercially viable, there’s no point replacing it,” [Kim Slowe, MD of developer Zero C] said. “We have been advised by everybody there is enough hotel accommodation. There may be a shortage of other holiday accommodation and discussions are on-going on how we can help with that in our scheme. We are giving proper regard to the council’s policies on hotel accommodation retention and affordable housing. All options are being explored to get the right balance.”
Fortfield re-build must have tourism element - News - Sidmouth Herald

ALLOWING the building of apartments on the site of the demolished Fortfield Hotel, could signal the end of other Sidmouth hotels.
This warning was made by Mark Seward, owner of two seafront hotels, at Wednesday’s breakfast meeting of Sidmouth Chamber of Commerce.
He hosted the meeting at Dukes, and told guest speaker Kate Little, head of economy, planning and countryside services at East Devon District Council: “If this is allowed on a viability basis then there are hoteliers in this town who will be able to interpret this viability clause and manufacture a similar situation, and so our hotel stock will diminish considerably.”
Tourism policy must stay over Sidmouth hotel site plans - News - Sidmouth Herald
Futures Forum: Fortfield Hotel ... to ... Sanditon apartments

Actually, the most 'viable' proposal might be to just leave things alone, rather than demand more 'development':

Futures Forum: "The greenest building is the one standing" >>> Why do developers prefer to demolish buildings than renovate them?

As has been pointed out, however, 'viability' goes way beyond the definition of those who would benefit from any 'development':

Which brings us to the 'viability' of the Knowle relocation project.

... and there is the analysis of that report, quoted from above, by Robin Fuller, which was in turn
rebuffed by a senior Councillor:

I will make my mind up on any move from Knowle once a definitive report with cost viability in respect of Knowle, relocation and building costs elsewhere are known using the advice of qualified experts in their relevant field that have either been commissioned or will be asked to do this work.
Retro fitting to the same energy efficiency levels as a new building would require further major construction work and is simply not a practical or financially viable option. Moving to a new energy efficient building would be cost neutral to the tax payers of East Devon, refurbishing office accommodation at Knowle even with the sale of other parts of the Knowle campus would not be cost neutral.
www.eastdevon.gov.uk/3692-mrrobinfullerch6567148.pdf

A problem, however, has been how 'viability' is determined - and yet the District Council will not divulge the full extent of the reports and the process behind them:

"It is hoped that a summary of the Office Accommodation Viability Report identifying options will be issued under Part A for public consumption. The confidential nature of much of the viability report precludes it from being made publicly available. We hope that Cabinet will be able to consider the Viability Report at its meeting in July [2013]
"The term "viability" used for this report relates to a financial viability including "best value" for the Council and, therefore, the Council Tax Payer. The parameters for this report were set by Members of the Relocation Working Party on 19 October 2011 and subsequently ratified by Cabinet on 30 November 2011.Relocation Manager - a Freedom of Information request to East Devon District Council - WhatDoTheyKnow

Considerable resources have gone into exploring the 'viability' of different outcomes:

Further research into the viability of the council's office relocation to SkyPark was given the go ahead by full council last night (26 February).
East Devon District Council - Moving and Improving

Following Cabinet’s decision in September 2013 the Heathpark site had been marketed. Eight bids were received by the deadline and these were then shortlisted to four. Cabinet would consider a report on 5 February with a recommendation regarding the viability of the sale of the Heathpark site.
www.eastdevon.gov.uk/osc_mins_300114.pdf

And yet the District Council have still not come to clear conclusions on the project's 'viability':

Richard Cohen, Deputy Chief Executive presented his report on options to address the Council’s future accommodation requirements. Since the Development Management Committee (1 March 2013) had refused the application for alternative use of the Knowle site, work had continued on the viability analysis of various options:
www.eastdevon.gov.uk/cabinet_mins_170713.pdf

The approved Relocation Project budget is included within overall relocation project cost calculations being part of the calculation to ascertain financial viability of potential options.
Tricky questions and their responses - for EDDC full council tomorrow evening - Claire Wright
.
.
.
Posted by Jeremy Woodward at 12:48