There is concern that the budget has helped just the 'big boys':
Futures Forum: Corporate welfare in the Westcountry

And there is concern that there has been too much patronage of East Devon's 'big boys':
Futures Forum: East Devon Business Forum: "Something to think about for the next council."

Here are some thoughts from the South-West:
Comment: Chancellor must be bolder to help Devon and Cornwall as tax haven Britain would benefit everybody | Western Morning News

And this is from the Rural Services Network:

PLANS for a National Living Wage will have a major impact on small family businesses, say rural leaders.
Chancellor George Osborne set out plans for a new compulsory National Living Wage in the Budget on Wednesday (8 July).
It will see workers older than 25 be paid a minimum of £7.20 an hour from April next year, rising to £9 by 2020. The government says this will mean a direct pay rise of about £5,000for 2.5m workers by 2020.
But the Country Land and Business Association said it had major concerns about the inflationary pressure of the National Living Wage on employment costs. This was especially so without any government action to reduce the burden of tax on small unincorporated businesses, it warned.
CLA President Henry Robinson said: "Rural businesses are presented with significant inflation in their wage costs and the cut in corporation tax that is supposed to pay for it will not benefit them. We now need an urgent plan for how to ensure rural businesses are not left behind and jobs in rural communities are not put at risk.
"The Chancellor stated in the Budget that the new compulsory National Living Wage will be paid for by decreases in corporation tax. There are hundreds of thousands of family businesses in rural England and Wales that are unincorporated and therefore are taxed on higher tax rates."
Mr Robinson also commented on the extension of Right to Buy to Housing Association tenants.Ministers must exempt homes in rural communities from new powers or risk a catastrophic drop in affordable homes for local people, he said.
Mr Robinson said: "The housing crisis is most acute across rural England and Wales. Extending Right to Buy to Housing Association tenants would turn a challenging situation into a catastrophe and it is vital Ministers put in place a specific exemption from the policy for homes in rural communities."
Landowners across the countryside wanted to provide land for affordable housing - and understood that this meant selling it at less than market value for this purpose.
"They will not do this if they know the homes will eventually be sold off into the open market and not kept for those in most need within their communities," said Mr Robinson.
A rural-specific housing strategy was needed to deliver much-needed affordable social housing, he added. Such a strategy should tackle "major barriers" to affordable housing such as the slow and inconsistent adoption of local plans.
Mr Robinson said: "We will work with government to ensure that well designed rural homes are delivered in the right places."

However, there are undoubtedly serious problems of low pay.

This has been a real issue for some time now:
Revealed: shocking levels of sub-living wages in Devon and Cornwall | Tiverton Mid Devon Gazette
One in four Devon workers in Devon earn less than the Living Wage | Exeter Express and Echo
Workers in Devon, Cornwall and Somerset earn up to £17,000 less than Londoners as pay gap widens | Western Morning News
Exeter businesses encouraged to pay 'living wage' - the Devon Week 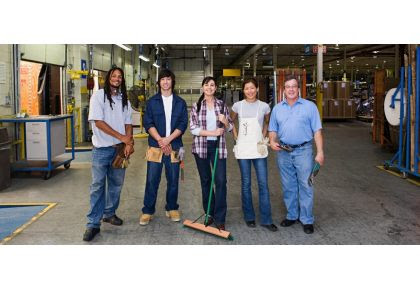 Pay campaigner Kit Leary said: “Paying the living wage is good for business, good for the individual and good for society. It would close the gap between luxury pay at one end of the scale and poverty pay at the other.

“The local economy needs a boost and encouraging consumer spending, particularly among low-paid workers, is a good way to do it.”

The South West TUC is urging local authorities across the region to pay their staff the Living Wage, as well as pushing the Local Economic Partnerships (LEPs) to adopt it as part of their economic strategy and encouraging private sector employers to recognise the benefits of paying it to their staff. It has set up a website http://fairpaysouthwest.org.

Kit Leary said: “Employers in the South West have the chance to take thousands of families out of poverty and help boost fragile local economies in cities that have adopted living wage policies. Government ministers, public authorities, businesses and the City have seen the moral and practical benefits of paying a living wage. This is not a luxury in a time of economic downturn, but the key to building a fair, equitable and sustainable recovery.

"We need a Living Wage because what will put our economy back on its feet, and what will get it growing again, is by putting money in the pockets of people who will spend it, not hoard it on offshore tax havens. When money rings through the cash registers of local businesses again will they be able to hire more workers, whom in turn will spend further money, generating the growth we so badly need.

Politicians, employers, staff members and union officials have all spoken about the need for more businesses in Plymouth to sign up to the ‘living wage’. But what exactly is it, and what difference would it make to the lives of people on the lowest incomes? SAM BLACKLEDGE reports.

WHEN Plymouth City Council adopted the living wage in July 2013, deputy leader Peter Smith predicted it was just the start of a wider movement.

“Employees on the lowest wages feel happier in their work and end up taking more money home, the council has a productive workforce and the economy grows as more money is spent in the shops,” Mr Smith said. “It would be excellent if other larger employers in the city follow suit. We have seen in so many ways what good can come from collectively coming together and supporting the city.”

Meanwhile, world-wide, formerly well-paid jobs have been outsourced:
Futures Forum: We are all truck-drivers now ... The free movement of goods, increased carbon emissions and the destruction of manufacturing industry

Which brings us to the possible 'solution' of doing business on a small, local scale:
Futures Forum: Decentralized Manufacturing
.
.
.
Posted by Jeremy Woodward at 01:00