"You can't take the politics out of infrastructure planning"

When it comes to infrastructure, it's not just a matter of 'getting on with it'....

There is always a political purpose in building infrastructure:
Futures Forum: Subsidies and social engineering: or why we build roads.

And there will always be a desire to 'cooperate' between the politicians and the builders of infrastructure:
Futures Forum: Happy news coming out of Cranbrook... churnalism and the partnership between developers and politicians...
Futures Forum: Crony capitalism and lemon socialism in East Devon........ The costs of "substantial growth and expanding business"
Futures Forum: Lobbying: big business and big government in East Devon

Someone - usually the taxpayer - has to pay for it, however:
Futures Forum: Investing in roads in East Devon: who pays ... and who benefits?

Someone's private property has to be used to make way for infrastructure:
Futures Forum: The Infrastructure Bill, trespass law and fracking

Nevertheless, the more astute developers appreciate the need to 'get on with' the political process, as in this piece from the Engineer magazine:
You can't take the politics out of infrastructure planning | Opinion | The Engineer

The green infrastructure lobby also appreciates that with "more discussion about choices and trade-offs, better decisions are made and more will get built."
Don’t take politics out of infrastructure planning | green alliance blog

In the wake of the decision on Heathrow, Andrew Rawnsley in today's Observer takes us through the issues:

Andrew Rawnsley
We may be slow as a country when it comes to major infrastructure projects. That’s the price of living in a democracy 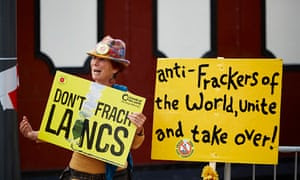 With thanks to:
Planning and democracy | East Devon Watch
.
.
.
Posted by Jeremy Woodward at 08:40