It is clear that more land is being 'converted' to other uses:

Futures Forum: District Council draft Local Plan >>> Inspector's hearing on housing >>> Wednesday 8th July
Futures Forum: Quarrying in East Devon >>> Aggregate Industries' planning application for Straitgate Farm site >>> consultation to 2nd July
Futures Forum: Where should we put solar panels? In fields or on roofs?
Futures Forum: The Infrastructure Bill: "Infrastructure isn’t just about pouring concrete... It’s essential that we see infrastructure as a means to an end, not as an end in itself."
Futures Forum: Climate change: asphalt and urban heat islands
Futures Forum: "The greenest building is the one standing" >>> Why do developers prefer to demolish buildings than renovate them?

... shows how land use has changed over the last decade: 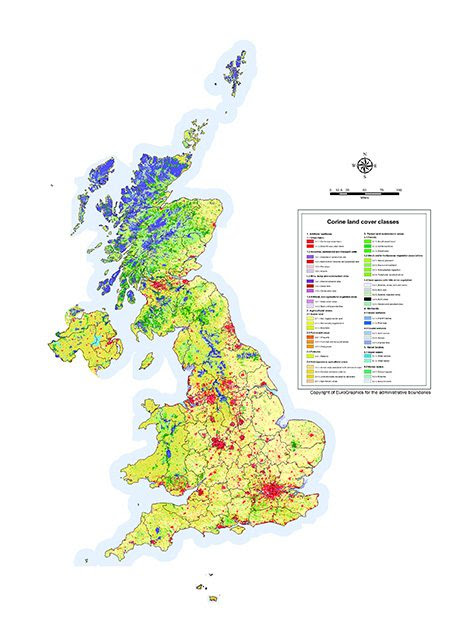 It's been covered by the national press in rather more sensational terms:
900 square miles or 1% of the UK have been swallowed by development | Daily Mail Online
How and where did UK lose city-sized area of green space in just six years? | Environment | The Guardian

This is the coverage from the Western Morning News:

Thousands of acres of the Westcountry have been swallowed up by development in the past few years, new land use maps have revealed.

The region saw just over 5,000 acres consumed by urban growth in six years, according to a the survey, which shows the loss of an area almost the size of the Quantock Hills or Windsor Great Park, in the outskirts of London.

Almost 4.5% of the arable land in Devon, Cornwall and Somerset saw was turned into bricks and mortar between 2006 and 2012, the new map shows.

This represents around a seventh of the 35,000 acres of agricultural land lost to the spread of towns and cities across the whole UK.

Wetlands were among the areas lost prompting concerns from wildlife experts about the disappearance of important habitat and the natural services such as flood protection they provide.

Professor Heiko Baltzer, director of the Centre for Landscape and Climate Research at the University of Leicester and leader of the study said: “Environmental information from satellites is hugely important to keep a check on the quality of life in the UK.”

And he said: “At the scale of change mapping or larger, there appears to be a loss of semi-natural habits and agricultural land. The apparent decline in wetlands is particularly concerning.”

In total, 225,200 hectares - or almost 870 square miles of the UK, around 1% of the country - showed changes in land use over the period, according to the University of Leicester and consultancy Specto Natura.

The main change was clear-felling of more than 100,000 hectares (247,000 acres) of coniferous forest, largely in Scotland and Wales where much of the plantation forest is found, while around half the area was regrowing or had been replanted.

Around 3,000 hectares (7,400 acres) of mixed forest were also clear felled, according to the mapping which used satellite data from 2006 and 2012 and is based on 44 land cover and land use classes.

The study also revealed that more than 7,000 hectares (17,000 acres) of forest was converted to “artificial surfaces” such as buildings, industrial sites and roads, while 14,000 hectares (35,000 acres) of agricultural land was lost to the spread of towns and cities.

Wetlands were also lost to development, with more than 1,000 hectares (2,500 acres) of such areas vanishing under artificial surfaces.

And nearly 3,000 hectares of coniferous forests were cleared for industrial development, largely due to the construction of wind farms in upland areas, particularly Scotland.

The land cover map for 2012 depicts areas bigger than 25 hectares and with a width of 100 metres (328ft), and a land cover change map has been produced detecting changed areas larger than five hectares between 2006 and 2012.

Wildfowl & Wetlands Trust head of campaigns Peter Morris said the data on wetlands matched what the charity was seeing and it had an effect on everyone.

“As we drain or build over the boggy bits of our landscape, we lose our landscape’s ability to absorb heavy rain or storm surges, so we lose Britain’s natural protection against flooding. We also lose our wetlands’ ability to store water in times of drought, or to clean it through filtering.

“The value of the benefits of our wetlands has been conservatively estimated at around £7 billion per year. But you can’t really put a figure on the enjoyment that river banks, beaches and ponds bring to us, or the fact that they’re home to more types of wildlife than any other landscape in Britain.”