"Local voices in the UK are powerless against a system that is essentially authoritarian, blind to community issues and needs, and light years away from asking if the relentless pursuit of growth really is the solution to all our problems."

Things might be changing, as reported by the EDW:
Consultation: new case law a game-changer | East Devon Watch

Or not, also reported by the EDW:

The bigger the decision, the less we are consulted | East Devon Watch

This is from the letter pages of the Guardian:

The UK ‘consultation’ system is authoritarian and blind to community issues

says Christopher Tanner; other readers express concern about the plan’s housing implications and its effects on the countryside 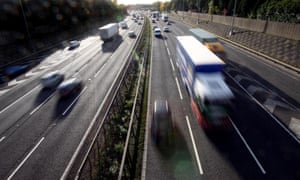 ‘In the age of digital communications and digital industries, why is road connection required at all?’ asks Peter Gore. Photograph: David Jones/PA

George Monbiot’s article about the proposed Oxford-Cambridge expressway exposes how grand schemes are conceived and presented for “consultation” when only the trivial issues remain (These projects shape our lives. But we have no say in them, Journal, 22 August).

My work takes me to parts of the world often criticised for being undemocratic, where plans worked out behind closed doors and backed by powerful interest groups are indeed presented for “consultation”. This fait accompli approach fails to give people a real say, however, and gives a veneer of democratic accountability to projects with negative social and environmental impacts. Western governments express concern over how local rights are ignored in such places, but this is also happening here.

To expressways and HS2s, add hundreds of smaller decisions imposed on people against their wishes. In my town, in spite of 100% local opposition, a successful secondary school was closed, with serious consequences for local demographics and economic life. Local voices in the UK are powerless against a system that is essentially authoritarian, blind to community issues and needs, and light years away from asking if the relentless pursuit of growth really is the solution to all our problems. As in many countries where democracy is cosmetic, our leaders resort to “national interest” or “we know best” arguments, while pandering to corporate interests or driven blindly by political targets.

The Oxford-Cambridge expressway is an example of a much deeper malaise at the heart of our democracy, where people have little say over what really affects their lives.

Where I live, halfway between David Cameron’s old constituency of Witney and Oxford city, there are plans for a “garden village” a road’s width apart from Eynsham, plus a further extension to the west of Eynsham. Together these plans will result in 3,200 houses attached to the existing settlement of roughly 2,000 houses. Never mind that the location of the garden village contravenes the definition of the term, and that there appears to be no coordination between West Oxfordshire district council, who control the housing, and Oxford county council, who control the highways (and crucially, the A40, the main artery for the new developments and one of the most congested roads in the county); the consultation processes pay lip service to the views of the local community, who support development, but on a scale commensurate with existing settlements and with supporting infrastructure.

With no apparent irony, the consultation paper for Eynsham’s western development describes the benefits it will bring as including “publicly accessible open space” and “improved access to the surrounding countryside”; local residents would point out that these are precisely the benefits that will soon be denied them.

This disastrous new project will change the face of Britain, yet no debate is allowedDecisions about the Oxford-Cambridge expressway, and the vast conurbation it will create, are made behind closed doors 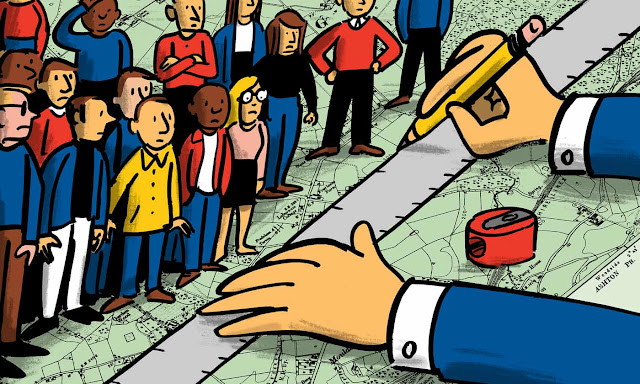 Where democracy counts most, it is nowhere to be seen. The decisions that shape the life of a nation are taken behind our backs. With occasional exceptions, public choice is reserved for trivia. The most consequential choices, as they are the longest lasting, arguably involve major infrastructure. The number of disasters in this field is remarkable. A classic paper by the economic geographer Bent Flyvbjerg, Survival of the Unfittest, explains that there is an innate tendency on the part of policymakers to choose the worst possible projects, as a result of the lock-in of fixed ideas at an early stage. This is caused, his evidence shows, not by accidental error or even delusional optimism, but by “strategic misrepresentation”. Advisers become advocates, and advocates become hucksters boosting their favoured projects.

The schemes that look best on paper, and therefore are most likely to be adopted, are those that have been scrutinised the least. Democratic debate would reveal their flaws. This is why planners who wish to leave their mark treat it as a threat. To the megalomaniacs who draw lines on maps, public opinion is like landscape features: it must be cleared out of the way.

A striking example is the government’s plan for an Oxford-to-Cambridge expressway. A decision to which we have not been party, which will irrevocably change the region it affects, is imminent. The new road, says the plan, will support the construction of a million homes.

To give you some sense of the scale of this scheme, consider that Oxfordshire will have to provide 300,000 of them. It currently contains 280,000 homes. In 30 years, if this scheme goes ahead, the county must build as many new houses, and the infrastructure, public services and businesses required to support them, as have been built in the past 1,000. A million new homes amounts, in effect, to an Oxford-Cambridge conurbation.

But none of this is up for debate. By the time we are asked for our opinion, there will be little left to discuss but the colour of the road signs. The questions that count, such as whether the new infrastructure should be built, or even where it should be built, will have been made without us.

The justification for this scheme is not transport or housing as an end in itself. Its objective, according to the National Infrastructure Commission, is to enable the region “to maximise its economic potential”. Without this scheme, the commission insists, Oxford and Cambridge and the region between them “will be left behind, damaging the UK’s global competitiveness”.

This reasoning, you might hope, would prompt some major questions. Is continued growth, in one of the wealthiest regions of the world, desirable? If it is desirable, does it outweigh the acceleration of climate breakdown the scheme will cause? When air pollution already exceeds legal limits, are new roads and their associated infrastructure either appropriate or safe? And are we really engaged in a race with other nations, in which being “left behind” is something to be feared?

But these questions are not just closed to debate. They are not even recognised as questions. The megalomaniacs with their pencils, the rulers with their rulers, assume that their unexamined premises are shared by everyone.

All the tendencies Flyvbjerg warned against are evident. Instead of asking “Do we need this scheme?”, the government agency Highways England, which is supposed to offer objective advice, opens its webpage with the heading “Why we need this scheme”. It claims, against the evidence, that the expressway will enhance the “attractiveness of the region” and “provide a healthy, natural environment, reducing congestion”. It is the kind of propaganda you would expect in a totalitarian state.

The National Infrastructure Commission, which also advises the government, ignores some issues altogether, such as how water for another million homes will be provided in a region where demand already exceeds supply. It makes glancing reference to another massive problem: the extra traffic the new road links will generate will exacerbate congestion on existing roads. Its answer? Expand them as well.

A recent study by the Campaign to Protect Rural England shows that, far from relieving congestion, new road schemes create new traffic – a tendency first noted in 1925 and ignored by transport planners ever since. But the treadmill must keep turning. The bypasses must be bypassed with new bypasses, new jobs must be created to match the new housing, and new housing must be built to match the new jobs. Growth must continue, until it destroys everything it claims to enhance.

To this end, on 26 July the housing minister, Kit Malthouse, wrote to local authorities in the region, insisting that they submit proposals for building the million homes by 14 September. In seven weeks, during the parliamentary recess and the school holidays, they must propose new cities, some of which should house 150,000 people.

The government says it will announce which of three possible corridors for the expressway it will choose by the end of this summer. The choice will be made by the transport secretary alone, after which public consultation will commence. But once the corridor has been chosen, only the trivial issues remain.

As the infrastructure commission’s report makes clear, there is really only one option for the route the new road can take. It might be possible for objectors to argue that the course of the road should be shifted by 100 metres here or there, but all the significant questions will be beyond the scope of the inquiry.

By imposing this decision, the government ignores its legal obligations. It has failed to conduct a strategic environmental assessment before the corridor decision is made, as the law insists. Under the Aarhus convention, public participation must begin while “all options are open”. But neither people nor law can be allowed to disrupt a grand design.

This is not democracy. This is not even a semblance of democracy. Yet the consequences of such decisions will be greater than almost any others that are made, because they are irreversible. The bigger the question, the less we are asked.

• George Monbiot is a Guardian columnist


This disastrous new project will change the face of Britain, yet no debate is allowed | George Monbiot | Opinion | The Guardian
.
.
.
Posted by Jeremy Woodward at 01:00