1819: the birth of Joseph Bazalgette, builder of London's sewer network

Are the sewers under Sidmouth's Esplanade Victorian? 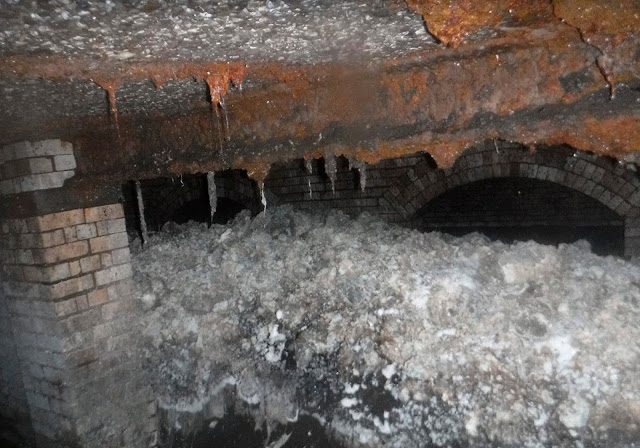 The builders of this piece of infrastructure did not anticipate it being clogged up with tons of plastic wet-wipes:
Futures Forum: The Sidmouth fatberg and plastic pollution: "the wet wipe monster" 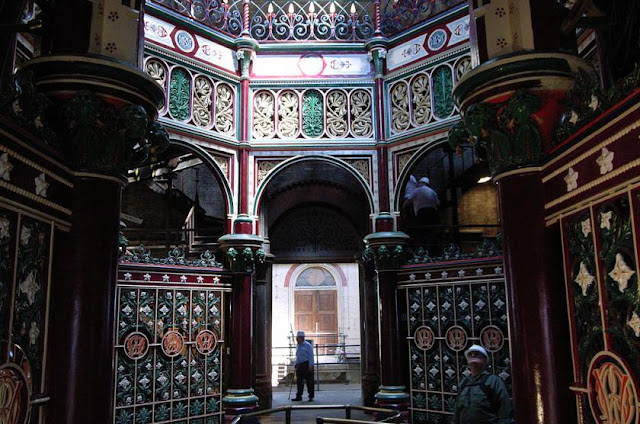 Believe it or not, this is part of the sewer system: the inside of Crossness Pumping Station, south east London. Image: Steve Cadman/Wikipedia Commons.

It was Joseph Bazalgette who built the system - and he is celebrating his bicentenary:
BBC Radio 3 - Free Thinking, Born in 1819: Ruskin, Clough and Bazalgette.
The History Press | The Great Stink of London

We should perhaps be careful, though, of lionising these Victorian builders of infrastructure: 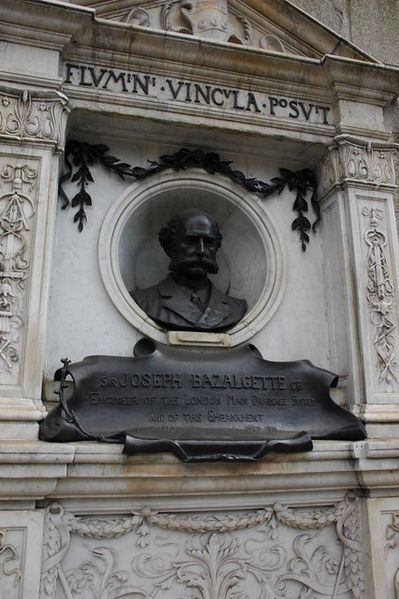 BBC History: Joseph Bazalgette
One of the Victorian schemes that few would dare to criticise is the London sewer network, built by Joseph Bazalgette in the 1860s after growing volumes of sewage in the Thames resulted in the Great Stink. But Andrew Tyrie MP, chairman of the Commons Treasury committee and a former adviser to two chancellors, suggests this is an example of overspending by the Victorians.
"It may be that even some of the apparently most successful Victorian projects from which we are still benefiting were over-specified," he says. "More money was spent on them than needed, and there were a good number of projects which didn't get built because that money was absorbed in over-specified public sector contracts."
Tyrie says that when assessing a potential project it is critical to compare the predicted benefits with other possible uses of resources. Too often this was not done in the Victorian era.


According to Casson, one of the key problems with the development of the Victorian railways and with many other infrastructure projects was the role of the politicians.
"There is a conflict between politicians seeking popularity and prioritising schemes because that is what the people want, rather than the rational calm and calculated approach to railway construction of the civil servants. I think today we see something of the same."
For Helm, it is clear that society needs to take bold decisions on infrastructure, "while recognising upfront that there are going to be mistakes and there are going to be costs".
But the idea that the Victorian record can be used to justify big schemes today rests on rather shaky foundations.


Should we build just like the Victorians did? - BBC News
File: Bust of Sir Joseph Bazalgette, The Embankment - geograph.org.uk - 636339.jpg - Wikimedia Commons
.
.
.
Posted by Jeremy Woodward at 12:18