There has been a certain amount of anger expressed about the spending by the District Council on a spanking new HQ whilst the rest of us have to make do:
Futures Forum: Knowle relocation project: financial profligacy in a time of austerity
Futures Forum: District and County Council announce spending plans in a new year of austerity for local government

It's all been about the money - but whose figures do you take?
Futures Forum: Knowle relocation project: fantasy 'cost savings over twenty years' are of no interest to people in East Devon

The District Council has itself owned up to spending £10.6 million, as given in its own handy guide:

Moving and Improving: all you need to know about the office relocation

Knowle’s sale and ultimate redevelopment will still take place in the future and the capital receipt will then be secured to largely fund the relocation which will cost £10,361,000 in total.

The council will also consider investing in a more direct approach to the entrance to the new Honiton HQ by building an access road along the side of the existing East Devon Business Centre. At a cost of £225,000 this would simplify the route from the main road to the council’s offices for visitors and staff alike.

Moving and Improving: all you need to know about the office relocation - East Devon

In which case, the headline in the Herald is highly misleading:

These images show the final touches being made to East Devon District Council’s Honiton-based HQ. 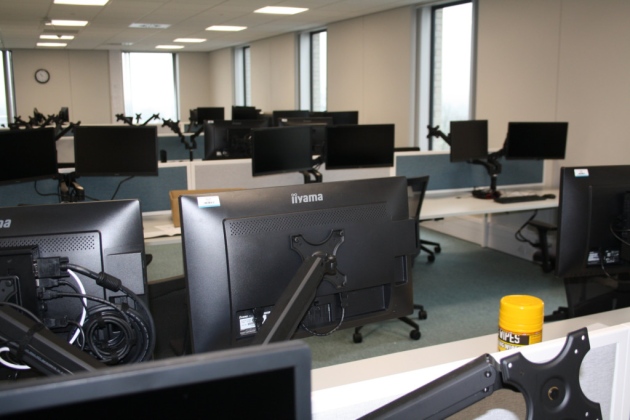 The £5.6million building, called Blackdown House, will officially open next month, becoming the permanent workplace for hundreds of district council employees. In a phased approach, staff from the council’s Knowle offices in Sidmouth have started filtering into the new HQ.

With less than half the floor space of Knowle, the new HQ will feature shared desks, meeting rooms and a new council chamber with improved audio and visual equipment for both councillors and the public. 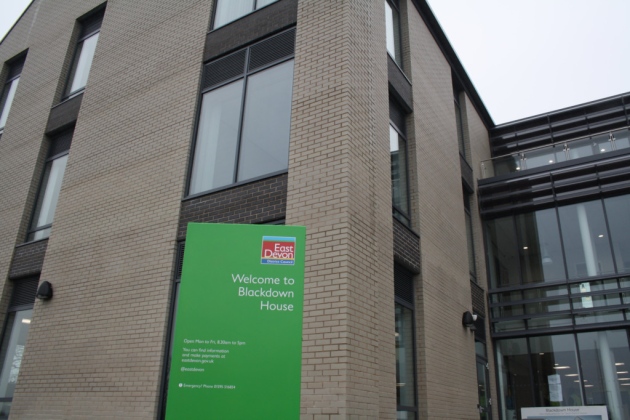 Councillor Mike Allen, who represents Honiton St Michael’s on the district council, said: “This is bringing hundreds of jobs to Honiton and is one of the most eco-buildings we could construct. It has PV panels to generate electricity and special insulation to cut heating costs.

“We recycled the concrete which was onsite to build into the fabric, there are two charging points for electric vehicles and cabling for more. There is plenty of room for the public to see our committees at work and I hope lots of people will speak at or watch our very lively debates about services we provide.”

The HQ’s new council chamber seats 60 members and 69 members of the public, with a further 40 seats available in a second floor gallery overlooking it. 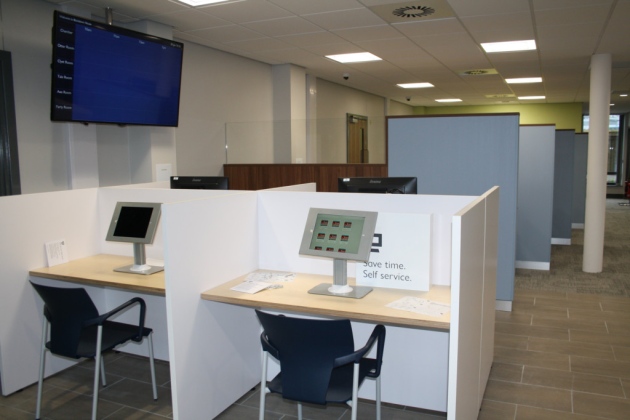 A spokeswoman for EDDC said: “The design, build, fit-out and relocation costs is £8.7million, which will be recovered in the sale monies for our Sidmouth site and saving in running costs into the future.”

Knowle, which will officially close its doors on Feburary 8, is being transformed into 133-home retirement community.

The deal is worth £7.5million to East Devon District Council (EDDC), which has put the cash towards its £10million relocation from Knowle to Exmouth Town Hall and its purpose-built HQ in Honiton.