Corporation tax, small towns and small businesses >>> giving SMEs the same 'level playing field' as multinationals >>> from Google to Crickhowell and back again

The Daily Mail carries the latest on the Google 'tax scandal': 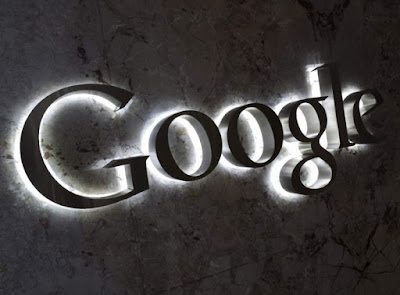 George Osborne was today challenged by a small businessman to create a 'level playing field' and not favour giants such as Google. Mr Osborne has been heavily criticised since he praised a deal struck by HMRC for Google to pay just £130million in extra corporation tax for the past decade despite vast global profits.

The intervention came as Mr Osborne addressed the Federation of Small Businesses and warned against rushing to reform corporation tax - a solution to the Google row suggested by Lord Lawson.

The Chancellor was told by sales consultant Antonio Falco there was nothing wrong with tough business competition if everyone played by the same rules. Mr Falco, regional chairman of the FSB in Surrey and West Sussex, said: 'I don't mind being in a tough game, all I want is the same rules.'

You could, of course, abolish corporation tax altogether - which would establish that 'level playing field' for everyone:
Lord Lawson: Google tax row shows that corporation tax has 'had its day'

Apparently The French Understand Google's Tax Even Less Than The British

No, if you look at Google’s UK accounts you will see that it has been paying the statutory corporation tax rate all along. Income booked to Google UK, minus expenses of Google UK, is taxed at normal UK tax rates. As it should and must be. The problem that is being complained about is that Google’s sales into the UK are, largely, made by Google Ireland. And those sales, the profits from them rather, are taxed in Ireland at whatever Irish tax rates are. And this is not just some trick. This is at the heart of the European Union’s Single Market. Any corporation, resident in any EU state, may sell into any and every other EU state, and corporation tax will be levied, according to the rules and rates of that one single nation where the company is resident. There is no way out of this and to still maintain that single market.

If we’re to have a single market then companies must be able to sell across the internal borders of that market. And if there’s going to be any equality between large and small companies, then both must be subject to the same rules. Given that a small company selling across the EU could not possibly file 28 corporate income tax returns in 20 odd different languages, then the system must be so for large companies.

It would be better by far simply to abolish the entire corporate taxation system and just tax investors on their incomes.

The noise about Google and tax have been going on for some time - as reported a couple of years ago in the Financial Times:

Google is not alone in its elaborate tax-avoidance planning. Amazon, Apple and others have faced searing scrutiny from US politicians. My suspicion is that there are cultural – let’s say, libertarian – forces at work here. These masters of the digital universe really don’t much like government. Rather they see the state as an unreasonable obstacle to their version of progress. Why should they pay for it?

That, though, is just a suspicion. Where I have some sympathy with Google is in the hypocrisy of governments who boast of special tax breaks to attract investment and in the next breath take up the populist cry against those who take them at their word.

For his part, Mr Schmidt says he is “puzzled” by the furore. After all, the only enforceable duty on Google is to obey the law. Where he is wrong is in expecting others to agree that this makes it a decent corporate citizen.

The honest thing to say on this reputational point would be that he really doesn’t much care.

Why Google and Eric Schmidt really don’t care about tax - FT.com
Google chief Eric Schmidt: 'The tax regime is not up to us' - Telegraph

Much of the thinking behind this, however, is the notion that 'tax is theft' anyway:

Or we could all play Google's game - as the town of Crickhowell has just done:
Futures Forum: Corporation tax, small towns and small businesses >>> giving SMEs the same 'level playing field' as multinationals

Submitted by Simon Black via SovereignMan.com,

On September 25, 1794, US President George Washington issued a proclamation authorizing the use of military force against a group of defiant citizens.

It had all started a few years before when a handful of politicians had succeeded in passing an excise tax on liquor, something that became known as the Whiskey Tax.

The Whiskey Tax was the brainchild of Treasury Secretary Alexander Hamilton, who was under pressure to pay off the government’s debts from the Revolutionary War.

The thing is, much of the debt had been originally owed to soldiers who fought in the war. They had been paid in IOUs, many of which had been scooped up by bankers in New York for pennies on the dollar.

Hamilton had family connections to prominent New York banks– the first example of Wall Street infiltrating the Treasury Department. It wouldn’t be the last.

(Over 200 years later, the American taxpayer would again be on the hook to bail out banks.)

Back then the Whiskey Tax was a big deal. America was a ‘whiskey nation’.

Whiskey was such a prevalent part of American culture in the 1790s, in fact, that it was even commonly used as a medium of exchange in parts of the country.

So you can imagine that the government’s intent to tax whiskey distillation was met with pockets of staunch opposition, especially once people found out that the entire reason for the tax was to pay back the New York bankers.

In some cases the opposition was militant. Parts of Pennsylvania, Maryland, and Virginia swelled with local resistance to the point that people began physically assaulting federal tax collectors and forming rebel militias.

Washington eventually had to dispatch federal troops (which he personally commanded) to put down the insurrection.

The rebels lost. But this conflict between government and the taxpayer continued to run deep.

It still exists to this day. It’s ingrained in the DNA of the nation, and in every free individual around the world.

At its core, taxation is an elaborate form of theft based on deeply flawed premises that we all have a claim on each others’ earnings, and that the government knows how to spend your own money better than you do.

There are certainly some places where people do receive value for the taxes that they pay.

But for most people in the West, taxes fund wars, debt, dropping bombs on brown people by remote control, and yes, bailing out banks.

It’s perfectly natural to be enraged at such immoral waste, and people deal with it in different ways.

Some take the approach that if we’re going to be screwed then we should all be screwed together, equally.

They throw childish temper tantrums when anyone uses perfectly legal means to reduce their taxes, labeling them ‘tax dodgers’.

Usually this is an emotion grounded in petty jealousy and ignorance, wanting everyone to be equally miserable, and failing to realize that tax mitigation solutions are open to everyone.

Right now there’s actually an entire town in Wales called Crickhowell that is ‘protesting’ how big businesses use the tax code to slash what they owe.

And to voice their frustration, the butcher, the baker, and candlestick maker decided to employ the exact same tax strategies used by big companies to reduce their own tax burdens.

As the proprietor of the local smokery put it, the plan is “jolly clever.”

Clever indeed. Because they’ll soon realize the tremendous power and freedom of using completely legal solutions to keep more of what you’ve earned.

Doing this is not immoral or unpatriotic.

In fact, if you believe that your government makes your country worse off and less free, then reducing the financial resources available to them is a highly effective expression of patriotism.

Rather than people whining about everyone else paying less tax, it would be a much better use of time to learn about ways to reduce their own taxes.

This is a far more powerful way of voicing your opposition to a government than standing in a voting booth. And you’ll be better off financially as well.

To be fair, most of these concepts aren’t far fetched or complicated.

How many of us have gone shopping at a duty-free store in order to save a few bucks from not paying taxes?

Plenty of people already incorporate businesses in no-tax states like Delaware. Or they’ll work in a place like Boston (high tax) but live nearby in New Hampshire (zero tax).

There are plenty of other solutions. US taxpayers who live on investment income can move down to the beach in Puerto Rico and pay 0% tax.

There are also more complicated solutions such as setting up captive insurance companies to reduce business profits tax, trust structures to eliminate estate tax, and much more.

These aren’t ‘loopholes’ where you need teams of lawyers to misuse or take advantage of some cryptic language in the tax code.

It’s all right there in black and white, part of the law.

Criticizing a very sensible, legal strategy to keep more of what you earn is like criticizing someone for driving the speed limit, claiming that it’s some sort of traffic ‘loophole’.

There are completely legal options out there for everyone. Taking advantage of them just makes sense.